Haggard's Law is an adage named after Pastor Ted Haggard — despite his not being gay in any way, shape or form. It is used as a purely sarcastic musing that people who strongly object to homosexuality may be likely to engage in homosexual activities, and is based on the numerous public scandals[1][2][3][4] of famous figures who oppose homosexuality and homosexual behavior.

Instances of Haggard's Law are gleefully spread by the media for an audience that revels in such scandalous behavior.[5]

Haggard's Law made its first published appearance in an article[7] written by Dennis DiClaudio of Comedy Central fame and is named after American evangelical preacher Ted Haggard. It was created after and is reference to a scandal[2] involving prostitute and masseur Mike Jones who alleged that Haggard had paid Jones to engage in sex with him for three years and had also purchased and used crystal methamphetamine.[8] Although Haggard denied using methamphetamine or having sex with Mr. Jones, the scandal has caused many evangelicals to view Haggard as extremely hypocritical about his spoken views,[9] as he was known to publicly preach against homosexuality.[10]

Haggard's Law — The likelihood of a person harboring secret desires to engage in sexual and/or romantic activities with members of the same sex is directly proportional to the frequency and volume of said person's vocalized objections to homosexuality.

The "law" is more generally used to reference hypocrisy in public figures who lead the moral opposition of homosexuality, and then are discovered to have partaken in homosexuality or homosexual behavior.

So far, there are no scientific evidences supporting Haggard's law which, therefore, should be taken only as an ironic term describing some hypocritical homophobes. In fact, testing scientifically if there is some truth in Haggard's law is quite hard, because of the following reasons:

In a 1996 study,[11] 64 men were assessed by the "homophobia index" and split into two groups: "homophobic" and "non-homophobic." Then, their arousal by homosexual and heterosexual images were measured via penile plethysmography, a rubber gauge used to measure erectile responses. In the "non-homophobic" group, 66% showed no arousal yet in the "homophobic" group only 20% managed to restrain themselves from getting aroused - and significantly underestimated their own arousal.

However, it should be noted that what was measured as arousal may have been the result of the uncomfortable feelings the homophobic group were feeling on seeing homosexual imagery. As pointed out by the authors of the study: "It is possible that viewing homosexual stimuli causes negative emotions such as anxiety in homophobic men but not in nonhomophobic men. Because anxiety has been shown to enhance arousal and erection, this theory would predict increases in erection in homophobic men. Furthermore, it would indicate that a response to homosexual stimuli is a function of the threat condition rather than sexual arousal per se." Hence, this confounding factor may explain the results more consistently.

Studies that rely on implicit measures both to gauge a subject's same-sex attractions as well as their level of homophobia do give credence to the suspicion that there is something to Haggard's law.[12]

By a 2011 survey, 33% of the USA population believes that "homosexuality is a way of life that should not be accepted by society".[13] On the other hand, another 2011 report estimates that about 8.2% of Americans have engaged in same-sex sexual behaviour.[14]

On the basis of said polls, no more than 24.8% (8.2 / 33) of those 33% of American homophobes — i.e. one in four active gay bashers — could be a closeted homosexual. This means that a literal interpretation of Haggard's Law (e.g. 'homophobe perfectly implies homosexual') fails in at least 75.2% of cases.

However, this conclusion is flawed, as the 8.2% figure only considers those who have admitted to same-sex sexual activity.

It's entirely possible to be raised to believe that homosexuality is evil yet still turn out to be homosexual. There are many ways for the human mind to rationalize this away, where everyone else is a "sinner" but you are unique, or some other cognitive dissonance. But one way to justify "sinning" is to remove more "sin" than you cause, sort of like how every third house fire fighters save they get to light one up for funzies. So if a politician or preacher manages to convince other people to avoid or give up homosexuality, then surely they have made the world "less sinful" and are thus still "good", right?

Haggard's Law could sometimes be a bit of a misnomer as the newly-outed may not only be attracted to their own sex, but "swing both ways." Haggard himself insists that he can still "exclusively have sex with my wife and be permanently satisfied."[15]

Some instances of Haggard's Law[edit] 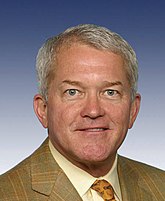 Official photo of Mark Foley. "What, me? That kid? Naw, never!