Jurassic Park is a 1990 novel by Michael Crichton; in 1993 the novel was adapted into a blockbuster film that had a major impact on the public understanding and media portrayal of dinosaurs. The plot involves an eccentric multimillionaire who builds a theme park with genetically recreated dinosaurs and invites a team of scientists to examine the park and give it their seal of approval. Hilarity ensues when a disillusioned, indebted programmer decides to steal the clone dinosaur embryos and sell them to a rival company, requiring him to briefly shut down the park's security systems, allowing the dinosaurs to escape.

The movie was a critical success and an even bigger commercial one, becoming (until that 1997 Titanic-themed chick flick with Leonardo DiCaprio and Kate Winslet) the highest-grossing film of all time. A sequel novel, The Lost World, was published by Crichton in 1995, and was adapted to film as The Lost World: Jurassic Park in 1997, receiving mixed reviews. In 2001, a third film, Jurassic Park III, was released to negative reviews. And after over a decade in development hell, a fourth film, Jurassic World, was released in 2015 and a fifth—Jurassic World: Fallen Kingdom—in 2018.

Jurassic Park reignited the public's interest in dinosaurs. Prior to the film's release, dinosaurs were often seen and depicted as slow, blundering, unintimidating monsters. In contrast, Jurassic Park portrays them as fast, dangerous, intelligent animals worthy of respect. The film took pains to be scientifically accurate (seemingly, see below), which sparked the public's interest in the scientific method, evolution, cloning, and genetic engineering. Jurassic Park was responsible for creating a number of tropes and ideas regarding dinosaur behavior that persist in popular culture to this day, many of which are not entirely accurate, as described below.

The scientific community's reaction to the movie was more mixed. While some were happy to see a science-based movie attracting the public's attention, others were displeased with what they saw as an anti-science subplot throughout the film. However the film did inspire a wave of young viewers to become paleontologists,[1] so whatever anti-science messaging there may have been was swamped by a rush of people suddenly wanting to become scientists. Take that, anti-science!

Fundamentalists had a typically negative reaction to the film. They accused it of promoting evolution and a secular agenda. Jurassic Park was somewhat notable for being a major American film, in the early 90s, in which characters openly discuss evolution as an accepted fact instead of a "controversial" theory. In that respect, at least, the show should get points for realism and accuracy.

Scientific inaccuracies popularized by the film[edit]

Although Jurassic Park was certainly more scientifically accurate than most previous attempts at bringing dinosaurs to the big screen, Hollywood took significant liberties with certain aspects of the animals' portrayals.[note 1] Because the film ultimately had a huge impact on every subsequent film and TV series to feature dinosaurs, many of these misconceptions became cemented into popular culture and the public consciousness. There is also no explanation how some of the creatures grew to great size in such a short time — it is estimated that a Tyrannosaurus would probably take at least 20 years to achieve full size.

The most famous inaccuracy promoted by the films is the idea that the T. rex cannot see targets that aren't moving. At one point, the T. rex even leans in and sniffs Alan Grant, but does not attack him because he is immobile. There is no evidence to suggest T. rex was unable to see immobile prey. It had an excellent sense of smell as well.[3] The sequel novel, The Lost World, spoofs this by explaining that the T. rex was simply not hungry when it approached Grant; later, another character makes the fatal mistake of assuming T. rex hunts based on movement and is killed in the process. One bystander asks another why the guy isn't moving, and the other responds that he'd been reading the wrong books—another dig at the original novel (or perhaps the author wishing to correct a mistake in the first book). The films, however, continued to use this plot point. On the other hand, the film seems to have been on the correct side of another debate, over whether T. Rex was a scavenger or took live prey: recent finds indicate it bit living dinosaurs and wasn't just a scavenger of corpses.[4]

was not one of the best known dinosaurs in the popular imagination before Jurassic Park catapulted them into fame. The "raptors", which are in the same Dromaeosauridae

, were often criticized for their inaccurate depiction in the novels and films. The raptor species displayed in the novels and films is called Velociraptor antirrhopus, an invalid name for Deinonychus antirrhopus created by the Paleo artist Gregory S. Paul in 1988. It ultimately never gained traction among paleontologists and mounting evidence discredited Paul's classification; however, both Crichton and the filmmakers preferred Paul's name over the actual accepted known name. Modern evidence has conclusively determined that Deinonychus, along with most theropods of similar size, were covered in feathers like a modern bird. The hands of Deinonychus were also not pronated as they were shown in the films, and were only part of a feathered wing. Despite the fact that Jurassic Park called it back in 1993, the creative team and fanbase of the franchise, again, adamantly refuse to portray the animals with feathers. The closest known they came was in Jurassic Park III, in which the adult male Deinonychus were depicted with quills along their spines.

Another dinosaur that was effectively unknown to the public before Jurassic Park, dilophosaurus is best known for two traits: the frill that pops up around its neck when it attacks (based on the modern frill-necked lizard and the small crests that exist on real-life Dilophosaurus skulls), and spitting venom at its prey. However, neither of these traits are based on reality;[note 2] they were both designed by Crichton and the film's creative team. While the Dilophosaurus in the novel is described at an accurate height, the animal in the film is only around three feet tall. Most popular culture portrayals of Dilophosaurus include either the shorter size, the neck frill, or the venom spitting, as a result of Jurassic Park.

While they were not dinosaurs, Pteranodons deserve to be mentioned here since they were depicted in Jurassic Park — in the third film — with teeth and as ferocious, able to fly with people in their claws to feed their hatchlings. Pteranodons were toothless, unable of course to carry loads as heavy as that, and fish eaters. The Pteranodons in Jurassic Park III were proportionally based on Quetzalcoatlus, a bigger pterosaur, meaning they were far too large to even be conceivably passed off as Pteranodon.

Jurassic Park is well-known for presenting a plausible-sounding explanation for how dinosaurs could be revived with modern technology. However, there are numerous major flaws with the cloning procedure as described in the novel and film. In the story, the dinosaurs are cloned in the following manner:

There are a variety of issues with this procedure: 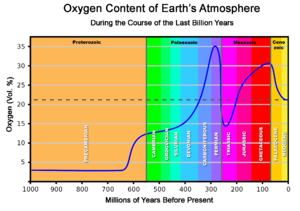 Additionally, there are atmospheric and food source concerns involved in reviving an animal that lived 65 million years ago — for example, it is estimated that when the largest dinosaurs lived, oxygen levels were about 50% higher than the present. The novel does attempt to touch on a few of the issues involved in having dinosaurs adapt to the modern world.

For what it's worth, the original book brings up this issue, in a conversation between Dr. Wu (the chief biotechnologist) and Hammond, where Wu is trying to explain that the dinosaurs aren't "real" in the sense of exact duplicates of the originals:

"How could he explain to Hammond about the reality of DNA dropouts, the patches, the gaps in the sequence that Wu had been obliged to fill in, making the best guesses he could, but still, making guesses."

The character of Dr. Wu, played by B.D. Wong in the film, had his part cut significantly. However, he was brought back in the fourth film, Jurassic World, to explain that none of the dinosaurs look like their real counterparts, and DNA is added into many dinosaurs to make them fit the public's mental image.

Unfortunately, said credit is mitigated because the film franchise itself is partially responsible for those mental images. So the scientific inaccuracies are now joined by the Celebrity Paradox. Hooray.

some 550 km off the Costa Rican shore). Not only does the book cringe-worthily call Costa Ricans "Ticans" (probably getting the word "Ticos" wrong which they use to refer to themselves), but it also gets one of the most famous tidbits about Costa Rica wrong. At the end of the book, the remaining survivors are saved and bailed out by the Costa Rican air force — no such thing exists nor has it ever. Costa Rica has not had an army since 1948 and it never created an air force at all. It does have a few helicopters for police and coast guard duty but they are as much an "air force" as Coast Guard One is Air Force One.

Ironically, while the park computer's fancy hardware-accelerated navigator for its system files appears to be a typical Hollywood misrepresentation of how computers function, said system was entirely real. The File System Navigator (FSN) was an experimental GUI developed by Silicon Graphics, Inc. for the IRIX operating system, a derivative of UNIX System V, which all of the park's computers appear to be running on. If Lex is the computer nerd- uhh, "hacker" she claims to be, then her cry of "It's a UNIX system! I know this!", while somewhat farfetched given the unreleased nature of FSN, is not unbelievable. It is still worth mentioning however, that because of FSN's gimmicky appearance and unreleased status, coupled with Lex's humorously simplistic line, plenty of viewers come away with the mistaken assumption that the system was a special-effects invention.

For those quibblers out there (if millions of years can be considered a quibble), it's worth mentioning that most of the animals depicted in Jurassic Park are actually from the Cretaceous, especially the iconic T. rex.