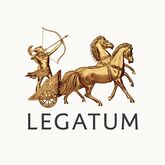 Legatum is a Dubai-based investment company which funds a variety of right-wing campaigning organisations and charitable ventures. These include the Legatum Institute, a British right-wing think tank. The Legatum group also part-owns right-wing TV channel GB News. Legatum is owned by Christopher Chandler (1960–), a businessman born in New Zealand and resident in Dubai, UAE.[1] The name Legatum is Latin for "legate", meaning either a Papal representative or high-ranking provincial official in the Roman Empire.

Legatum derives from Sovereign Capital, founded by Christopher Chandler and his brother Richard. The Chandlers made their fortune in Russia during the chaotic transition from Soviet rule to free market economics, leading to accusations of practising "disaster capitalism". They became major shareholders in state energy company Gazprom, and reportedly helped Vladimir Putin take control of the business by installing a Putin ally as chief executive. But the brothers split their partnership in 2006 and Christopher Chandler turned his business interests into Legatum.[1][2]

Legatum Institute is a think tank based in London and founded by Chandler.[1] It receives funding from the Legatum Group, but according to the UK Charity Commission is "substantially independent".[3] In 2017, the Financial Times reported that £3.9m of its total £4.3m funding had come from the Legatum Foundation Limited; the remaining money came from 40 other donors.[4]

Initially it had somewhat liberal, internationalist elements with members including Anne Applebaum

However, Legatum reoriented after the 2016 Brexit referendum. At that time, Conservative member of the House of Lords Philippa Stroud (a former adviser to ex-Tory leader Iain Duncan Smith) became CEO, joined by Toby Baxendale (a former colleague of Steve Baker at radical-right campaigning group Cobden Centre) and Matthew Elliott (of pro-Brexit group Vote Leave and the TaxPayers' Alliance).[1] It became a strong advocate for a hard Brexit, leading OpenDemocracy to describe it as "arguably the most influential think tank in the country" in 2017.[1] It also called for the removal of all tariffs and free trade.[1]

Employees include Shanker Singham, a proponent of charter cities and other eccentric extremely right-wing ideas, who held several meetings with the Conservative Government after Brexit and has acted as an adviser to Boris Johnson's government.[4]

As well as Chandler, it has received money from Paul Marshall,

the businessman who also owns right-wing opinion website UnHerd.[1] In 2017, the Mail On Sunday claimed it had links to the Russian state, which Legatum denied.[5] Similar allegations resurfaced in 2018, when they were raised by British Conservative MP Bob Seely, apparently inspired by Monegasque and French intelligence reports.[2]

The Legatum Group (also known as Legatum) has a number of subdivisions, including investment funds, the Legatum Center for Development and Entrepreneurship at MIT, and various charities targeting such worthwhile causes as tropical diseases, modern slavery, and education.[6]

Its other more innocuous interests include publishing the Legatum Prosperity Index,

which ranks nations worldwide according to quality of life and well-being.