From RationalWiki
(Redirected from UAE)
Jump to navigation Jump to search 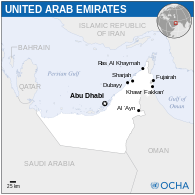 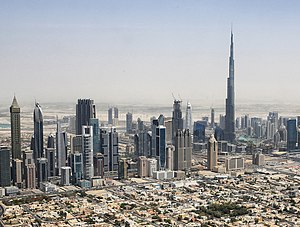 His family's treatment of women leaves something to be desired. In 2000 he had his daughter Shamsa kidnapped in Cambridge, England; she was bundled into a helicopter and flown out of the country. She has not been seen in public since, and is reportedly kept in Dubai, regularly dosed with tranquilizers.[26] His daughter Sheikha Latifa bint Mohammed al-Maktoum fled the country in 2018, first to Oman and then via yacht towards Goa, but she was captured by armed men off the coast of India and apparently returned to Dubai.[27] One of Sheikh Mohammed's wives, Princess Haya Bint al-Hussein (sister of the King of Jordan), also fled from his loving embrace, hiding in London in 2019 claiming to be afraid for her life; the Sheikh responded with a poem and litigation, while reportedly seizing her racehorses.[28][29] In 2021 a British court found that the Sheikh had hacked Haya's phone using NSO Pegasus spyware software on eleven occasions in 2020, uploading large amounts of data.[30]

He has a number of palaces in the UK, where he does not operate entirely above the law: a 2011 employment tribunal revealed claims of racism towards black staff, bullying, and spying on guests.[31]