Molluscs (literally, "thin shell"[1]; mollusks in American English) are a large and diverse phylum of invertebrate animals, that bear a (internal or external) calcareous mantle, forming a cavity that the anus and genitalia both open into.[2] Among others, the phylum Mollusca includes bivalves (cockles, mussels, oysters, scallops, and clams), gastropods (limpets, abalone, snails, and slugs), and the bright kids on the block, cephalopods (nautiluses, octopuses, squid, and cuttlefish).

The molluscs' fossil record is well established up to the Cambrian, some 525 million years ago. Within the Cambrian period, the first primitive bivalves, cephalopods, and gastropods appeared, although these ancestral creatures evolved into all sorts of beautiful forms. The abundance of molluscs, including the extinct ammonoids, make them good index fossils for correlating the ages of rocks.[note 1] Although the origin of the molluscs is muddled by its appearance at the beginning of the Phanerozoic Æon, there are still a couple plausible contenders for the title of the founder of the phylum. For some time, it was believed that Kimberella

, one of the few Ediacaran true bilaterians (other "bilateral" Ediacarans" had their sides off-set from each other), could be an ancestor of the molluscs, given its soft shell and what was believed to be a mollusc-like feeding trace. Shells appeared many times independently, though, and Kimberella s traces are inconsistent with a molluscan affinity.[3][4] Despite this, there are still some plausible ancestors (or close relatives thereof) of the ancestral mollusc. These include the halkieriids

, which show a mix of mollusc-like attributes with those of annelids, brachiopods, and others, actually showing a fossilised relationship between members of different phyla of animal. The Cambrian also hosted primitive molluscs such as Wiwaxia. In no sense did the molluscs appear from thin air "complete with holes in their socks". 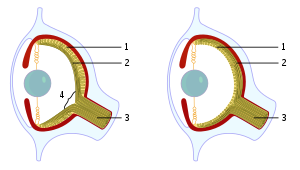 The cephalopods (literally, "head foot" as they have arms/tentacles/whatever round their head) are incredibly significant for two reasons. The history of the cephalopods stretch back as far back as the Upper Cambrian,[5] and they are still an incredibly successful group today. The fossil record of the inkfish mainly consists of the hard-shelled relatives of the modern Nautilus, and demonstrates how the nautilus' shell grew coiled and chambered in beautiful transitions. The nautiloids and ammonoids are incredibly common fossils throughout geologic time.

The other group of extant cephalopods beside the nautilus are the squid, octopodes,[note 2] and cuttlefish, collectively coleoids. These groups are distinguished from the nautilus by having their shell on the inside or not having a shell at all. Many members of the subclass are highly intelligent, including the octopus and cuttlefish. Some octopodes are able to build shelters out of coconuts, use Portuguese men-of-war tentacles as weapons,[6] predict the future, and even steal a diver's video camera and run off with it while it's filming. This shows that you don't need to have warm blood or a skull to be intelligent.

Another interesting feature of the cephalopods are their eyes. The nautilus bears a primitive "pinhole camera" eye[7] that is an intermediate transition between the common light-sensitive cup in many lower animals and the more complex eyes of vertebrates and coleoids.

Speaking of the coleoids' eyes, the eyes of the octopus are far superior to those of a vertebrate (including humans). This is simply one of the many analogous eyes that have evolved throughout the animal kingdom; although the octopodes and vertebrates both have "camera-type" eyes, they developed their eyes completely separately, and frankly, the octopus got the better eye:

The eating of shellfish (aquatic molluscs and crustaceans) is strictly forbidden in the Bible, by Leviticus 11:9-12,[8] which identifies all aquatic creatures without fins and scales as an abomination. This may have been for health reasons, since poorly cooked, or out-of season seafood, can cause food poisoning (especially when the "red tide" is blooming). Nevertheless, shellfish remain forbidden in kosher and Halal cuisine, and the diets of a few Christian sects, such as Seventh Day Adventists, and is the endless source of homophobic fundamentalist parodies.

According to L. Ron Hubbard's amphetamine-fueled History Of Man (1952), and hence to initiated $cientologists, clams are a direct evolutionary ancestor of humans, who have subliminally retained memories of the emotional experience of being a clam that was indecisive on whether to open its shell or not.[9] Critics point out that this is very, very silly, and contradicted by modern evidence like the fossil record (see above), although as clams are brainless, there may be a valid connection with Scientology.[note 3]