Sarah Maid of Albion, real name Sarah Davies, is a supporter of the British National Party and owner of Sarah's Albion Blog, which is generally referred to on the web simply as "Sarah Maid of Albion." She also contributes to the Green Arrow's blog.[1]

Davies accuses her critics of "smugly sucking on the tit of the new orthodoxy... convinced of [their] own righteousness".[2] This distaste for orthodoxy is presumably behind her habit of chumming up with just about any unorthodox right-leaning thinkers who come her way, even when they're plainly off their rockers (case in point: her friend and collaborator Alan O'Reilly, who thinks that the sun goes round the Earth.[3][4])

Her blog contains a column with a set of recommended links. Among these is a blog entitled The Anti-White Media, whose owner fantasizes about seeing children killed by a nuclear weapon because their parents worked on a "niggerloving" chocolate advert;[5] and Books for Patriots, which promotes the work of neo-Nazi William Luther Pierce, who fantasized about a race war that would wipe out every non-white race.[6]

Davies was once attacked by the blog Shiraz Socialist;[7] she responded by making a post of her own criticizing its owner (and, erm, "his masters").[8]

Davies is a supporter of Sarah Palin, who according to her was once mayor of Alaska,[9] and argues that Palin's unpopularity with the left is down to chauvinism:[10]

Davies is a racist who hates interracial marriage, commenting in a weasel-wordy fashion that "Statistically white women in a mixed race relationship are more likely to be the victims of domestic abuse, and certainly being abandoned once become pregnant... What I am concerned about is the way in which mixed race relationships are presented as glamorous whereas they are in fact very high risk."[11] In reality, Davies has little understanding of the complex reasons for marriage and divorce including cultural differences and societal pressures that tend to come with race (rather than race directly influencing the relationship). Additionally, divorce rates vary among mixed-race relationships (at least in the United States)[12] rather than be a confident blanket average higher than endogamous marriages which contributes to an average of slightly higher divorce rates, but it is premature to come to a blanket generalization of interracial marriages especially when the evidence differs between and within studies.

She has also suggested in a JAQing off persecution complex manner that miscegenation may lead to infertility in a lengthy essay (which begins with "I have no current scientific evidence to support the hypothesis which I shall put before you." i.e. "I am full of shit") concluding that "The fact that one in five Western males are experiencing fertility problems would sadly fit with the number who are likely to have have some form of recently introduced mixed race ancestry".[13] Whatever "fertility problems" is defined (she cited Daily Mail's faux outrage over a "recent report"), infertility affects roughly 15% of couples after 1 year of sex and 10% after 2 years[14] and research has trouble identifying a confident cause for it, a far cry from Davies's conclusions. She also told a sarcastic commenter (which she apparently doesn't realize is being ironic) that interracial marriages are at higher risk for STIs.[13]

She has argued that miscegenation is promoted by the mass media and youth culture and while attacking a woman's physical appearance in the process: "Mixed race couples are presented as role models to our children. Does anyone really believe that a woman, such as Cheryl Cole, who's [sic] tiny chin and huge forehead make her resemble nothing so much as a praying mantis, would have reached such an elevated celebrity status had she not jumped into bed with a black football player and thus become the nation's sweetheart?"[15] "[W]hite girls are all but accused of racism if they do not jump into bed with the first black youth to call them 'bitch,'" she says.[13] Or, a white girl can be called a racist if she makes nasty and false remarks on mixed race marriage while commenters on her article agree with her and decry that "how any White woman can willing bring herself to desire the pollution of sexual union with a black man." or lament that "Whites who desire blacks sexually are depraved." or remark that those that accept interracial marriage has "read stories conjured up in glossy toilet rags like 'marie clare', 'cosmo' etc that a black man/ape is the ultimate thrill."

Commenting on the 2011 London riots, Davies made the strange claim that "There are small numbers of whites joining in but they are primarily anarchists or far left supporters of multiculturalism, all revelling in delight that their dreams of revolution are coming to pass."[16]

She also really dislikes Bratz dolls. While her critique echoes feminist critique of dolls and unhealthy role models, her little helpful addition of "mixed-race" adds a racist spin to it. "Today, little girls play with dolls called Bratz, which appear to represent mixed race, botox enhanced, pre-pubescent sluts in minuscule, buttocks exposing, skirts, and nobody views that as unhealthy. From an early age, the next generation of women are being taught to admire females who are one step up from being backstreet hookers, some less than a step, and informed that the ultimate female ambition is to be a pelmet skirted executive at work, and a slapped up gangsta's Ho at home."[17]

Davies has lent some tentative support to the creationist movement. "Odd as it may sound to a Brit, versed as we are in secular certainties, whilst the origin of man remains unproven Creationism is one of a number of legitimate view points."[18] she writes. "Darwin's theory of evolution has not been conclusively proved. It is a very compelling theory and accepted as fact by most people. However, whilst the necessary 'missing links' elude us, it remains an unproven theory."[19]

On the other hand, she tries to avoid being labeled as an anti-semite, though her views are certainly sullied with anti-semitism. In true "I'm-not-racist-but" style she admits to having "significant issues with the Jewish domination of the media and finance, the Jewish American lobby and with the often Jewish inspired attempts to re-write history".[20]

Davies sometimes writes satirical articles. However, as they are written from a rather curious point of view and directed at people who share this viewpoint, they tend to take on a rather surreal quality. 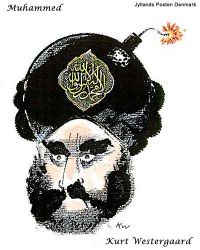 Ho ho ho, have you been a good little boy?

One such incident was brought on after she saw some 19th century murals illustrating European fairy tales at an old hospital. According to her, were such murals to be painted today, the general response would be "EWWW migh God, it's soowe disgustingly WHITE!!" (what accent this is supposed to be is not clear, but it's presumably common among unpatriotic people) and the people responsible would be prosecuted for the crime of painting pictures of white children. "Instead of Jack and the Beanstalk we would see young Abdul Hasib and the his magic pomegranate dancing before a beaming and peace loving Mohamed", she writes (because, as we know, daubing big pictures of Mohamed over public property is a great way to curry favor with the Muslim community) "and we would be confronted by little Sayyid and his designer suicide belt, the enchanting Isha with the burka that doubled as a time machine, and brave Julius who sang a special song to make all the naughty white people disappear."[21] Eh?

A similar rant was provoked when it was reported that Slumdog Millionaire director Danny Boyle would direct the opening ceremony for the 2012 Olympics. Davies went off objecting to the 2008 handover ceremony, specifically "the gangstas and sundry strumpets which tumbled out of a red double decker to represent some Liberal zealot’s lala land fantasy of London".[22] The gangstas and strumpets she referred to were apparently just a bloke in a baseball cap and a couple of women in knee-length skirts,[23] so it's pretty clear that while there's certainly a zealot in lala land here, she ain't a liberal.

She also launched into a tirade against Boyle – apparently because he's made some films about brown people – and, finally, in a further misguided attempt at satire, delivered a lengthy and colorful prediction of the 2012 ceremony: "Mr Boyle's show will no doubt overflow with curry and calypso as the seventeen thousandth tribute to Bollywood since the Millennium merges into a sanitised version of the Notting Hill Carnival and then back to the gangsta rappers reprised so embarrassingly before the world in 2008. If any white person appears at all they will be bleach blond PVC clad sluts, gyrating like sexually aroused gibbons around the rappers, or beer bellied skinheads who briefly stumble across the arena before being chased away by dreadlocked Rastafarians... There will be no sign of Christianity, but no doubt Islam will make an appearance, perhaps burka clad feminists will stride proudly across the stage or some kindly Mullahs will lead a group of suitably caramel coloured London Children through the audience".[22]

"The batshit insanity that SMoA is going off on about this ceremony will no doubt be more interesting and entertaining (in the most euphemistic application of those words imaginable) than the ceremony itself", said one commentator.[24]

Putting her at odds with a lot of her right-wing nationalist peers, Davies is an enemy of homophobia.[25]

Moreover, get past the noise and some of her commentary on anti-white racism carries weight. She often blogs about murders of white farmers in South Africa, an issue which has been pointed to by organisations such as GenocideWatch as an example of racist killing,[26] but largely overlooked by the mainstream news media, allowing wingnut cranks to become the loudest voices in the conversation.

Other contributors to Davies' blog[edit]