From RationalWiki
(Redirected from User talk:Coigreach)
Jump to: navigation, search
Archives for this talk page: <1>, <2>, (new)

He thinks "the humor police killed the spirit of funspace" by removing and replacing questionable humor from one article. IMO a LANCB seems a bit excessive... if he actually LANCBs, then I'm sorry to see him go though... he's been such a good and constructive editor... --Goatspeed. How's my editingCircularR

I don't know you all that well, but I know you're a valued and longstanding RW member. If you're upset about the joke changes, then let's have a discussion on the talk page. Your opinion has weight, and from what I can tell, you're not the only person to be bothered by these changes. Just don't leave over an issue that's so easy to correct and fix. IveBeenFrank (talk) 12:33, 31 December 2020 (UTC)

At risk of sounding repetetive[edit]

Do please come back. It would be much appreciated. Sirius (dog star /

Also, I wasn't upset about removal of some misogynistic stuff but the wholesale slaughter of 40% of that funspace articles content. Like if we're willing to joke about religions, we should have thick enough skin to joke about T.J. Kirk variety of New Atheism. And some of the "corrections" made to some remaining jokes actually made them less funny. For instance, I'm pretty sure Twodots has seen a meme but never played Oregon Trail, so his fix to that section made it less appropriate. Knight CommanderIn ServiceTo HerGoatness 13:44, 31 December 2020 (UTC)

What was deleted out of fun space. If it’s me, I only trimmed the cows article. 🎄Chef Moosolini’s Ristorante Italiano🎄Ask about our holiday specials! 18:42, 31 December 2020 (UTC)

Trimmed it with a Thor shot. Knight CommanderIn ServiceTo HerGoatness 11:44, 1 January 2021 (UTC)
I really don't see the issue with trimming it. Something like 30% of it was comprised of unfunny garbage, metal subgenres, and the additions of trolls. Twodots (talk) 19:33, 31 December 2020 (UTC)

Welp then we could just call that example "TJ Kirk" instead of "atheist" or "new atheist"; there's room for compromise... --Goatspeed. How's my editingCircularR

There's an "Atheist" entry there at the moment. Our own New Atheism article brings up the criticisms of the branch being kind of assholes towards religious or otherwise superstitious people. And our article on Richard Dawkins criticizes him on being a jerk in multiple ways (like his thinly veiled misogyny for instance, something that this purge started from). And we have an Atheism+ article that describes how some people want to adhere to basic ideas of New Atheism without being dicks about it. Are we really going to be so fucking thin skinned as to not allow some ribbing of specific asshole variant of atheism to exist in a funspace article?
I swear, sometimes I despair with some of you guys. Knight CommanderIn ServiceTo HerGoatness 00:27, 1 January 2021 (UTC)

Well really, it depends on what you mean by "New Atheism" (as that term is very badly defined IMO; the media changes its meaning daily to suit their narratives) --Goatspeed. How's my editingCircularR

Oh, and why didn't your last comment show up as patrolled? You have autopatrolled. --Goatspeed. How's my editingCircularR

I think it was because you blocked me (You Bastard!) and I hadn't unblocked myself yet. My earlier comments here when I was still LANCBed/Self-blocked also didn't show as patrolled. I'm guessing blocks override Autopatrol. — Unsigned, by: Knight Commander / talk / contribs

Also, by the by: I couldn't patrol my own edits when blocked, but I could patrol other peoples. Maybe bring this up at tech support. Knight CommanderIn ServiceTo HerGoatness 00:37, 1 January 2021 (UTC)

Donald Duck is a Nazi[edit]

Well the first video's unavailable (in my country). I know about Der Führers Face. Seems kind of anti nazi to me. Walt Disney was a racist piece of shit to be sure, but since his old ass died, Donald Duck comics have gotten pretty good. I love me some Carl Barks and Don Rosa. Knight CommanderIn ServiceTo HerGoatness 14:28, 1 January 2021 (UTC)

Also, Donald Duck is a fictional character. He isn't anything else really, unless someone tries to make him. Knight CommanderIn ServiceTo HerGoatness 15:17, 1 January 2021 (UTC)

Why did you delete my comment under Aselas discussion page? This is not your own page. Kevlarstar and his dog (Woof!) 07:49, 6 January 2021 (UTC)

A case involving you has been raised at the Chicken Coop. Feel free to comment. Sirius (dog star /

Regarding the edited block of the GG rando[edit]

That and taking his mop without community approval. I mean banning Rob but letting him keep his mop is what we all do time to time. But taking the mop away unilaterally was vindictive and wrong. And I still wouldn't mind getting more than a slap on the wrist for it.
Looks like my 4 hours of diffs seeking today is paying up though, so even if the mob wants to sysoprevoke me for it and maybe block me for a while, I'd say it's net positive. Knight CommanderIn ServiceTo HerGoatness 21:37, 9 January 2021 (UTC)

While at first I did want to sysrevoke you and Duce, I currently don't because you were quick to show genuine contrition- the quickest way into my cold, janitorial thoughtpolice heart. But still, I'd give you this: 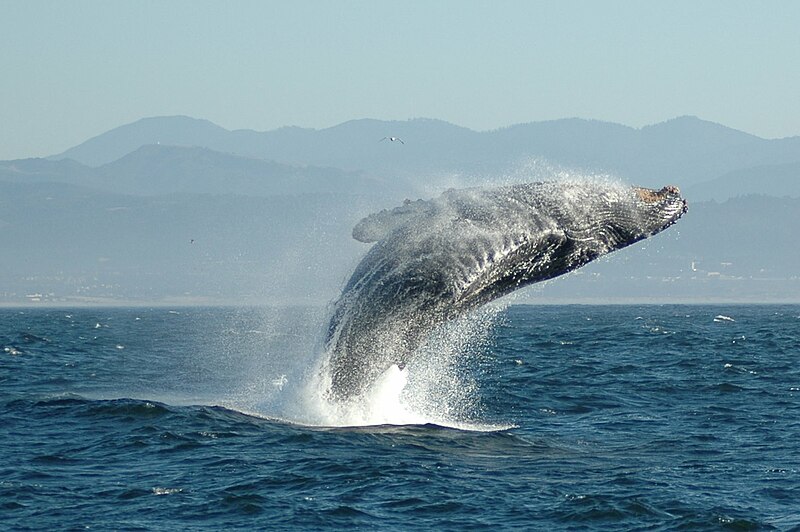 You've been squished by a whale!
Don't take this too seriously. Someone just wants to let you know you did something really silly.

But if nobs does get perma'd (which he might at this point, given that GC was the first to suggest that he be banned but has yet to vote and given how much Hastur has managed to embarrass himself in front of the mob), that would imply sysrevoking him so he can't undo the punishment. --Goatspeed. How's my editingCircularR

That, and he'd already need another 3 nay votes to turn the required 2/3 majority of yay's. Don't see too many of them coming, especially after Hasturs antics. Knight CommanderIn ServiceTo HerGoatness 22:00, 9 January 2021 (UTC)

I actually feel a bit bad for nobs. Looking at his recent edits in the coop, the old man seems to be going through some sort of mental breakdown. Knight CommanderIn ServiceTo HerGoatness 21:39, 9 January 2021 (UTC)

Eh, the bastard's had it coming. He hasn't made a constructive edit in, what, the entirety of his tenure here? I mean, he could have tried to redeem himself ala Sievert, but he didn't- he chose to double down 'n stay aboard the Train o' the Insane. Choo-choo all the way, Nobs. Choo-choo all the way... Twodots (talk) 21:48, 9 January 2021 (UTC)

Yeah, I'm impressed by how Sievert has now become center-right. I guess even the conservative atheists can be open-minded... (not saying that all are; after all, just because we've all got one thing right doesn't mean we've all got everything else right) --Goatspeed. How's my editingCircularR

Indeed, you are a bastion of honor, labour, and glorious socialism in the battle against the foul bourgeois! Twodots Annoy me Look, ma! 23:48, 11 January 2021 (UTC)