A Bible society is an organisation dedicated to spreading the Christian message, by increasing the number of Bibles in the world. Depending on the organisation, their activities may include Bible translation; editing and producing new editions of the Bible, including audio books, e-texts, sign language Bibles, and other formats; publishing; printing; purchasing editions; and distributing Bibles. Many have also worked more widely to promote literacy and education to allow people to read and teach the Bible; run bookshops; publish other books; and be involved in educating or supporting clergy and lay preachers.[1]

Traditionally Bible societies are non-sectarian and focus on offering the Bible text itself rather than promoting interpretations or providing commentaries. Inevitably, they're not entirely non-sectarian, and religious doctrines influence the texts they produce and how they are distributed: in particular there were disputes over the Apocrypha and whether they should be omitted for reasons of cost or doctrine, or included on the grounds of inclusivity.[2]

Shortly after movable-type printing was brought to Europe, people began printing Bibles. The Protestant Reformation and Catholic Counter-Reformation both increased demand and supply of Bibles, but many people were too poor to buy a Bible or for some reason didn't want one. Early organisations included the Society for the Propagation of the Gospel in New England, incorporated in 1649; the Society for Promoting Christian Knowledge founded in the UK in 1698 and still in operation; and the Canstein Bible Institute founded in Germany in 1710. New organisations were founded and operated in the 18th and 19th centuries, catering to soldiers, sailors, and other people at risk of moral turpitude far from home; the poor; and non-Christian citizens of western nations' empires. The United Bible Societies was formed in 1946 as an umbrella organisation for many of the national Bible societies. Pope Gregory XVI got huffy about Bible Societies in his 1844 encyclical Inter Praecipuas, which discouraged Roman Catholics from involvement, but Protestants kept at it and in the 1960s Vatican II reversed the Vatican's opposition to Bible reading.[2][1]

From the mid-19th century many Bible societies employed Bible pedlars who sold cheap Bibles from house to house, but unlike missionaries they worked in their own country or community rather than being transplants from distant lands.[2]

Today there are still many well-known organisations spreading the word of God whoever wrote the damn thing. Most still adhere to the principle of trying to distribute the Bible without interpreting it or imposing doctrine, but some have strayed a long way from the original goals.

A British charity founded in 1698 by Thomas Bray and his friends, who were upset by the vice and immorality in London. The organisation was originally Anglican but is now more ecumenical, although it still provides support to Anglican lay members and clergy. It initially focused on the UK and British colonies in the Americas, funding schools and libraries, but it has expanded worldwide. In the mid-20th century it had a chain of Christian bookshops with 40 in the UK and 20 overseas. It also publishes books under various imprints including SPCK, Marylebone House (Christian-themed fiction such as Christian detectives investigating Christian crimes), Diffusion (aimed at adults learning to read, and widely used in prisons), and the African Theological Network Press.[3]

In Scotland, it has an independent sister organisation, the Society in Scotland for Propagating Christian Knowledge, founded by royal charter in 1709. This was controversial for its early attempts to repress the Gaelic language and force teaching in English even to native Gaelic speakers, although in the late-18th century it published a New Testament with Gaelic and English text. As well as Scotland, it was active in the eastern US in the 18th century.[3][4]

Otherwise known simply as the Bible Society, this was founded in 1804 by a group including William Wilberforce (better known as an anti-slavery campaigner) and the Welsh Calvinist Methodist Thomas Charles. Its goal was to "translate, print and distribute the Bible, without any notes or commentary, throughout the British Isles and the whole world".[2] Although its founders were non-conformists it tried to include Church of England members from the beginning.

In World War One it distributed nine million copies of the scriptures in 80 languages to soldiers, prisoners, and refugees on all sides of the war, in a major achievement of logistics if nothing else.[5] As early as the 1820s there was controversy over whether it should be ecumenical and distribute the Apocrypha or follow strict Protestant teaching and omit the contested books. As a result the Bible Society split, with those opposed to the Apocrypha leaving: most of the Scottish branches eventually formed the Scottish Bible Society, while the Trinitarian Bible Society was formed in England to oppose the heretical deuterocanon.[6]

The Bible Society of Australia was founded early 19th century. 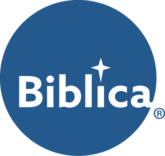 Biblica was founded in 1809 as the New York Bible Society by a group including soap baron William Colgate, and from 1810 sponsored the missionary William Carey

in India. It went through many name changes before becoming the International Bible Society in 1988 (when it moved from godless New York City to Colorado Springs), and Biblica in 2009.[7]

Founded in 1831, split from the British and Foreign Bible Society, the Trinitarian Bible Society was opposed to the distribution of the Apocrypha. It claims to be "for the circulation of Protestant or uncorrupted versions of the Word of God".[8] It distributes materials including the King James Version (KJV) in English, translations into other languages, and tracts and materials for children; it is strongly associated with the King James Only movement although they only go so far as saying that the KJV is the best, not that it is perfect.[9]

Founded in 1816 in New York, and known for its Good News translation.[10] Recently there has been controversy over it taking an evangelical bent. In 2001 it dropped its goal of distributing the Bible "without doctrinal note or comment", and increased its involvement with evangelical groups. As of 2018 it requires staff to sign a statement of principles that includes opposition to gay marriage.[11]

A confederation of several Bible societies around the world, including the British and Foreign Bible Society and American Bible Society. Headquartered in Swindon, Wiltshire, England. It also publishes a refereed journal, The Bible Translator.[12] Reportedly in one year (2003) they distributed 430 million texts (Bibles, New Testaments, and Scripture portions), including 21.4 million Bibles and 14.4 million New Testaments, and as of 2001 produced texts in 672 languages.[13]

See the main article on this topic: Gideons

Famous for leaving Bibles in hotel rooms, the Gideons don't translate but do distribute. A lot.

An evangelical organisation rather than a conventional ecumenical Bible society. In 2012, then-president F. Kenton Beshore predicted the Rapture by 2021 and the Second Coming by 2028, and has repeated this claim numerous times since then. Beshore claimed to be a "father of the modern Bible prophecy movement".[14][15]

SIL International was founded in 1934 by American missionary William Cameron Townsend as the Summer Institute of Linguistics.[16] Townsend began a relationship with the Mexican Ministry of Education to translate Bible into indigenous languages. Since that time, Bibles have been translated into many languages throughout the world. The society has also created dictionaries and grammars for many indigenous languages. It has also created Ethnologue,

which provides statistics and bibliographic information on languages throughout the world. Notable branches have existed in Mexico, South America, Papua New Guinea, and the Philippines.

To fundies, Bible societies are dangerously heretical and ecumenical, letting in Roman Catholics, Unitarians, and God knows who else. Example diatribe:

Today the United Bible Societies are fully committed to an unholy ecumenism. Hundreds of examples could be given to illustrate this. The UBS is "in effect the Bible society wing of the World Council of Churches" (Andrew Brown, The Word of God Among All Nations, p. 124). It matters not that the major Protestant denominations today are filled with theological modernism. It matters not that the Roman Catholic Church preaches a false gospel that leads multitudes to Hell. It matters not that Roman Catholicism is filled with all sorts of doctrinal error. The UBS intends to "serve all churches" no matter what they believe and no matter what the Word of God says about separation from error![13]

Christian Bible societies have distributed cheap editions of Hebrew texts to Jews, undercutting the overpriced Jewish texts. This could be seen as an attempt to convert Jews to Christianity.[18]

The Vatican objects to the idea that the Bible is the most important part of Christianity, and because it believes itself to be the only way to Jesus and God, it opposes missionary work that does not involve lots of Roman Catholic doctrinal teaching.[19] It may be accurate in its claims that distributing the Bible is a poor way of making Christian converts (and people may use Bibles for other purposes ranging from reading as literature to use as toilet paper), but that doesn't mean that alternatives are more moral.

Bible translators that engage in missionary work, and SIL International in particular, have been accused of exacerbating language and cultural extinction.[20][21][22]