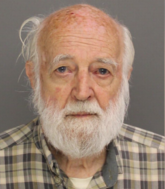 Ralph Gordon Stair (1933–2021)[1][2] better known as Brother Stair, was a nutty radio preacher who leased airtime on many AM stations and on shortwave. He ran a commune cult of followers in South Carolina where he allegedly had a great deal of control over them, going so far as to not let them have sex without his permission.

Brother Stair believed in: King James Only, speaking in tongues, young Earth creationism, Jesus-only baptism, New World Order conspiracy theories, rejection of modern technology/medicine (except for, obviously, radio and the inter-tubes), living in an isolated agrarian community like the Amish, rejection of the celebration of holidays like Christmas and Easter, men having to wear beards and women having to keep their hair in buns, etc. You get the idea. If it's on the lunatic fringe of Christianity, Stair probably believed it.

Stair claimed to be the "Last-Day Prophet of God" (or sometimes, the "seventh" such prophet, with William Branham being the sixth). He spent much of his radio broadcasts denouncing just about every other Christian minister as a false prophet. He claimed to have prophesied Hurricane Katrina and 9/11 back in the 1980s, and also did prophesy that Ronald Reagan would be removed from office and nuclear attacks would wipe out many U.S. cities by 1988, the latter two of which didn't happen.[citation NOT needed] Oops… so much for the "Last-Day Prophet of God."

Stair's ministry is noted for buying large blocks of airtime on US-based shortwave radio stations.[note 1] Stair is unintentionally keeping many of these stations, and shortwave radio in general, active and profitable.

Stair was arrested in 2002 and plead guilty in 2004 to charges of misdemeanor assault and battery (fondling two underage members of his commune), but after serving 77 days[3] returned to preaching as if nothing had happened. In 2007, a jury found him liable for over $700,000 in damages in a civil suit brought by former followers.[4]

On December 18, 2017, Stair was arrested at his compound in South Carolina and charged with sexual assault, kidnapping, burglary and sexual conduct with a minor amidst an ongoing FBI probe.[5][6][7][8] He reportedly told several women the alleged sexual acts were "God's will."[9] Ten days later, on December 28, 2017, the following notice was posted on the Overcomer Ministry website:

Stair died on April 3, 2021.[13] Despite this, his voice continues to pollute the airwaves on dozens of stations in the United States and Europe. One of the characteristics of the Brother Stair cult is that many people who join give their life savings to the ministry.[14] This money is then spent on purchasing airtime on radio stations in North America and Europe. This is likely why the ministry continues broadcasting Stair's old rants over and over despite of being six feet under.