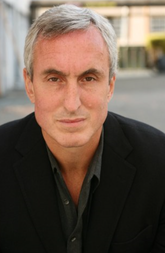 Gary Taubes (1956–) is an American author, journalist, low-carb, high-fat (LCHF) promoter, anti-sugar campaigner and cholesterol denialist. Taubes disagrees with mainstream medical advice on dieting. He believes that refined carbohydrates and sugars should be avoided, not fat.[1] Taubes disputes the evidence that saturated fat is a risk factor for heart disease.[2]

Taubes has been accused of misrepresenting scientific data and quoting medical researchers out of context to support his low-carb views.[3][4][5][6][7]

The article made a number of false claims[3]:

Taubes defended the discredited Atkins diet, a fad diet that is crammed with meat, butter, and other high-saturated-fat foods. The article misrepresented medical experts and distorted their views. Taubes implied that many experts recommended the diet but, upon investigation, this turned out to be false.[3]

Endocrinologist Gerald Reaven commented that the article was "misleading" and that he was quoted out of context as a supporter of eating saturated fat. Reaven replied he was "horrified" by this. Walter C. Willett, a physician and nutrition researcher, was misrepresented by Taubes.[3] He does not recommend the Atkins diet. He also commented that "I told Taubes several times that red meat is associated with a higher risk of colon and possibly prostate cancer, but he left that out." John W. Farquhar, a cardiologist and professor of medicine, was quoted out of context. Farquhar responded that "Gary Taubes tricked us all into coming across as supporters of the Atkins diet".[3]

Taubes blames the obesity epidemic in America on low-fat dieting. Samuel Klein, director of the Center for Human Nutrition commented that “There's no real evidence that low-fat diets have caused the obesity epidemic."[3] Taubes argued that in the late 1970s, health authorities told Americans to cut back on fat and that people did. This is entirely wrong. The U.S. Department of Agriculture noted that added fats have risen steadily since the late 1970s. Total fats which include fats in meat and cheese have also gone up. Taubes blames obesity on a low-fat diet that the nation never ate.[3]

Taubes authored Why We Get Fat: And What To Do About It in 2010. Physician Yoni Freedhoff commented:

Why We Get Fat is certainly a book that will appeal to the masses as it pseudo-scientifically preaches that carbs are a magic food and that if you eat almost none of them — the diet he recommends includes 20 grams (less than an ounce) a day — you'll magically lose weight. Perhaps more appealingly, Taubes and Why We Get Fat also preach that you can eat as much fat and protein and you want and you'll never gain. Of course that's pretty much identical to the original Atkins' diet, and virtually all of the diets that Taubes himself references. You think that maybe, were it that easy the world would already be skinny?[9]

Taubes authored The Case Against Sugar in 2016. The book argues that sugar is at the root of all "the diseases of westernisation", including Alzheimer’s disease and cancer. Reviewing the book, Harriet Hall concluded that the evidence was inconclusive.[10] A review in the Journal of Public Health noted that the data was insufficient to draw any conclusion and the book was a "polemic, not a balanced scientific review."[11]

Neuroscientist and science writer Stephan J. Guyenet has written a detailed review of the book. He noted that the evidence was not objectively examined but heavily distorted by Taubes' personal beliefs. He also accused Taubes of "promoting an unscientific thought process that systematically excludes opposing evidence."[4]

A debunking of the book was performed by nutrition scientist Seth Yoder.[12] He found various errors, misrepresentations, and omissions. He concluded that Taubes "is not presenting a good faith interpretation of the evidence."[13]

Taubes promotes the carbohydrate-insulin hypothesis of obesity. He founded the Nutrition Science Initiative (NuSI) to validate this. The hypothesis suggests that carbohydrates (especially refined grains and sugars) increase weight gain by raising insulin levels, causing the body to hold on to fat and suppress calorie burn.[15][16]

A pilot study funded by NuSI was conducted in 2014 which produced evidence that did not support the hypothesis.[17] In 2017, National Institutes of Health researcher Kevin Hall noted that the hypothesis had been falsified by experiment.[16][18]