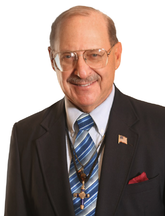 Wallach believes that people can live more than one hundred years if they take colloidal mineral supplements, including colloidal silver.[4] His ideas have been described by medical experts as false, misleading and dangerous to the public.[1][3][5][6]

Wallach refers to himself as a physician. However, he is not qualified in this field.[1][8] He is a qualified veterinarian, but when it comes to human medicine he is totally unreliable; he obtained his ND from the National College of Naturopathic Medicine.[3][1]

In the early 1980s, Wallach was associated with cancer woo.[5] He described himself as a "Manner Metabolic Physician" and practiced metabolic therapy, a form of cancer quackery pioneered by Harold W. Manner.[1][9] This type of discredited treatment involved the use of laetrile which is clinically ineffective for cancer and potentially toxic.[10][11]

In 1995, it was reported that Wallach was practicing chelation therapy for coronary artery disease at a clinic in San Francisco, California, and that one of his patients had died following his advice to avoid help from a regular physician.[5][1] Chelation therapy has been utilized by alternative medicine proponents but is a serious misuse of the treatment.[3][5]

Alternative medicine websites like to claim that Wallach was a Nobel Prize nominee. What do they not mention is that he was nominated by "Association of Eclectic Physicians", a non-scientific naturopathic group founded in 1982.[5][6] Quackwatch have noted that:

Wallach's supporters frequently describe him as a Nobel Prize nominee. Actually, he was "nominated" in 1991 for his "research" on cystic fibrosis by the Association of Eclectic Physicians, a naturopathic group with no scientific standing. His research findings were invalid, because the people he studied were self-selected, and not randomized; he did not follow an appropriate data-gathering protocol; his diagnoses were made with a questionnaire; and his report made claims about other data that were either unsupported or unreferenced. The Nobel Committee gave no credence to Wallach's "nomination" and, in an unprecedented move, officially denied that he was ever a legitimate nominee.[6]

Wallach is known for his controversial audiotape Dead Doctors Don't Lie, 1994.[3] In the tape, he made a number of distortions, lies and pseudoscientific claims.[6]

Wallach claimed that he has authored over 70 peer-reviewed papers. Upon investigation, the real figure was only a handful.[6] Wallach said that cystic fibrosis is preventable and totally curable. Scientific evidence says otherwise.[3][13] He proclaimed that physicians have a life expectancy of only 58 years, which is entirely false and has been described by medical experts as an outright lie.[6]

Wallach claimed that five cultures in the world had average lifespans of 120-140 years when, in reality, no such cultures have existed.[6] He also made many false medical claims unsupported by clinical evidence such as all aneurysms being caused by copper deficiency, male-pattern baldness caused by tin deficiency, and Bell's palsy caused by calcium deficiency.[6]

Wallach is a cholesterol denialist.[5] He believes that people should not worry about high blood cholesterol levels as they have no negative health effects. He has ignored the majority of scientific studies that have found that saturated fat intake and high LDL cholesterol levels increase the risk of cardiovascular disease.[5]

Wallach's statements about colloidal minerals are entirely erroneous.[1][6] According to the The Skeptic's Dictionary:

Wallach claims that minerals in foods and most supplements are "metallic" and not as effective as "plant-based" colloidal minerals, which is nonsense because colloidal minerals are also "metallic," i.e., contain trace amounts of aluminum and heavy metals. Being that colloidal has more to do with the origin, size, and structure of the mineral particles that with their effectiveness. Being metallic is irrelevant. Wallach claims that metallic minerals (i.e., regular vitamins and minerals) are only 8-12% absorbable while colloidal minerals are 98% absorbable. No data support this claim; Wallach seems to have made it up.[3]