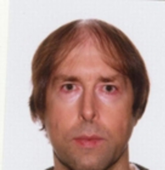 Peter Frost is a far-right Canadian anthropologist and HBD pseudoscientist who owns the Evo and Proud blog that publishes on racialism and race and intelligence. Frost has published papers on race in the OpenPsych pseudojournals and is a referee for one of their journals, Open Behavioral Genetics. Similar to Edward Dutton, Frost is one of the few academics popular among white nationalists and the alt-right. He has been interviewed by American Renaissance.[1]

Some of Frost's online stupid comments can be found documented on FSTDT.[2]

Frost graduated from Université Laval in 1995 with a Ph.D. in anthropology. His academic research focuses on the physical anthropology of human skin, eye and hair colour; his work on human pigmentation isn't pseudoscience and is published in respectable peer-reviewed journals e.g. Journal of Social, Evolutionary, and Cultural Psychology, International Journal of Circumpolar Health and Evolution and Human Behaviour. The problem is outside his science papers — he posts pseudoscience and crankery about race on his blog, the alt-right website The Unz Review and OpenPsych.

In October 2020 — a long article criticising Frost's racist pseudoscience was published on the website Pharos.[3]

Frost's ideas on the evolution of skin colour pigmentation have been criticised by Madrigal and Kelly (2007).[4] Pharos point out that "Frost’s only citation in support of a key portion of his argument was his own book, which is published by a wildlife photographer."

Frost supports far-right and right-wing populist parties and argues for the white genocide conspiracy theory which he calls "Great Replacement":

We must act now to bring anti-globalist parties to power: the UKIP in Britain, the Front National in France, the Partij voor de Vrijheid in the Netherlands, the Alternative für Deutschland in Germany, and the Sverigedemokraterna in Sweden… I wrote the above last January, fearing that Europe would see an acceleration of the massive demographic change already under away—the Great Replacement."[5]

No "replacement" by immigration from outside Europe is actually happening of course.[note 1]