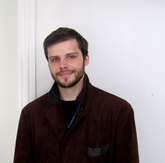 The pseudojournals were created by Davide Piffer and Emil O. W. Kirkegaard as an alternative to "conventional" peer-reviewed journals such as Elsevier's Intelligence[3] because mainstream science journals refuse to publish their pseudoscience. Kirkegaard and Piffer serve as both its editors and referees, along with Gerhard Meisenberg, editor of Mankind Quarterly and a number of external reviewers, including the anti-Semite Kevin MacDonald.

Kirkegaard and Piffer publish their own papers in the journals, while white nationalist John Fuerst also regularly publishes in them. Virtually all individuals who have published in OpenPsych hold right-wing to far-right[4] political views and are proponents of hereditarianism, eugenics and racialism.[5][6][7][8][9][10][11]

OpenPsych publications show typical signs of a pseudojournal, i.e. Kirkegaard has authored over half of the papers submitted.[note 1]

In April 2019, Noah Carl was stripped of his fellowship at Cambridge University and sacked from his job, over his publications in OpenPsych and links to far-right extremists, including Emil Kirkegaard.[12][13]

In December 2020, Kirkegaard merged OpenPsych's three journals into a single journal OpenPsych and updated the website claiming as editor he is accepting new submissions after a hiatus of 2 years.[14] The review team of OpenPsych is the same group of people including John Fuerst, Noah Carl and Davide Piffer, Kenya Kura and Gerhard Meisenberg.[15]

See the main article on this topic: Peer review

The OpenPsych about page describes the journals as the following:[17]

Open access, author rights, free science, and mandatory data sharing are all good goals. However, that doesn't mean anything if the papers submitted are not properly peer-reviewed. OpenPsych — and Kirkegaard's other journals — do not use traditional peer review, which is used by all professional academic journals (open and otherwise). Formal peer-review involves independent referees (usually, but not always anonymous) providing detailed critiques of article submissions, usually taking between two and four weeks to fully scrutinize; sometimes longer. In contrast, referees for OpenPsych journals review submissions within a much shorter space of time, while referees are not independent or anonymous; instead, they communicate with each other on the same message board and on each other's blogs. Another concern is OpenPsych referees aren't impartial, i.e. they are strongly biased towards hereditarianism; this resulted in a referee for an OpenPsych journal leaving after complaining about this issue:

One problem with OP is that most (if not all) reviewers have an "hereditarian side". I would like to see reviewers hostile to the genetic theory. Otherwise, people may think OP looks like a Mankind Quarterly bis. I have nothing against MQ, if there is no conflict of interest or something of this sort, but it's clear most people won't see it like this. What's more, concerning John Fuerst, Dalliard or myself, it's worse, see we co-blog on Human Varieties, and either one of us reviewing the other... that looks weird. Obviously, you'll say that because the reviews are open, everyone can see what is happening. If an hereditarian like me does not accept a publication from another hereditarian, no one will accuse me of anything. But each time I accept, they will suspect something from me, no matter how thorough and how deep my argumentations and justifications are.[18]

The same individual, Meng Hu, also criticized the issue of lack of anonymity:

OpenPsych lists the following referees or peers for its journals:

Of these, only Rindermann and Protzko have PhDs in Psychology; Kirkegaard's qualification is a mere BA Linguistics; Meisenberg is a biochemist; Frost, an anthropologist. Williams's only qualification listed is "independent researcher."

Of these none have any qualifications or a scientific background in genetics; Kura is an economist.

Of these only Noah Carl has a PhD in Sociology.

OpenPsych has allowed far-right external reviewers to referee paper submissions, including Kevin MacDonald who reviewed John Fuerst's The Nature of Race. MacDonald is a notorious anti-Semite[20] and white nationalist who is editor of the Occidental Observer which the ADL calls "a primary voice for anti-Semitism from far-right intellectuals".

In November 2018, OpenPsych published a "Editorial: A Response to Criticisms of the OpenPsych Journals" co-written by Noah Carl, Emil Kirkegaard, Gerhard Meisenberg and 6 other OpenPsych referees partially in response to this RationalWiki article.[21] Despite the title of the paper, it rebuts none of the criticisms on this page and doesn't even respond to the main criticism about lack of impartiality and that all referees are biased proponents of hereditarianism (note also that all 9 co-authors of the paper identify as "race realists").

Kirkegaard is quoted as saying he co-founded OpenPsych because of "politically motivated article rejections" (when he submitted to mainstream science journals); no mention is made of the fact Kirkegaard is himself politically motivated. Of the 9-co-authors, almost all of them are known to hold right-wing to far-right political views e.g. Heiner Rindermann spoke at a Property and Freedom Society conference in 2016, delivering an anti-immigration talk; Meisenberg is former editor-in-chief of the racist Mankind Quarterly; Carl is a conservative who "likes" Nigel Farage and Enoch Powell on his Facebook profile; Kirkegaard is a white nationalist who wants to increase white fertility rates, is pro-Trump and supports the xenophobic Sweden Democrats party, writing he thinks Muslim immigration to Sweden is "self-destruction of their country",[22] similarly Peter Frost supports far-right and right-wing populist parties and believes in the white genocide conspiracy theory, writing on the alt-right website The Unz Review: "We must act now to bring anti-globalist parties to power: the UKIP in Britain, the Front National in France, the Partij voor de Vrijheid in the Netherlands, the Alternative für Deutschland in Germany, and the Sverigedemokraterna in Sweden... I wrote the above last January, fearing that Europe would see an acceleration of the massive demographic change already under away—the Great Replacement."[23]

A number of people have had bad experiences at OpenPsych, who all arrived at the same conclusion they're pseudojournals and Kirkegaard is a dishonest individual: