From RationalWiki
(Redirected from Psychological)
Jump to navigation Jump to search

Psychology is the scientific study of the human mind; our inner, subjective experience, and behavior; our observable actions.[1]

Modern psychology began in 1879 when Wilhelm Wundt founded the first psychological laboratory at the University of Leipzig. Though there are different schools of psychology (with the two prominent paradigms being "Psychoanalytic" and "Cognitive-Behavioral") all clinical psychologists value the idea of confidentiality with their clients as the main stepping stone to treatment.

Differences between psychology and other disciplines[edit] 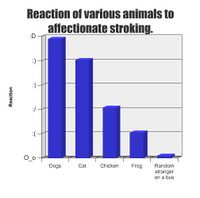 A demonstration of psychology

The primary difference between psychology and other similar disciplines (such as philosophy, sociology, and anthropology) is that psychology generally focuses on individuals and on change. This contrasts with, for example, sociology (which focuses more on group behavior and society) or biology (which focuses on physiological processes). Nevertheless, there is often interdisciplinary overlap (e.g., between social psychology and sociology). A burgeoning trend is to investigate the neurological causes of thought and behavior, creatcausing considerable overlap between some areas of psychology and neuroscience (e.g., cognitive neuroscience, behavioral neuroscience, and social cognitive neuroscience).

Within the last century a large number of the sub-fields in psychology have embraced a more rigorous application of the scientific method than have its sister-disciplines. However, this has started to change as the influence of cultural anthropology and of arm-chair theorizing in sociology wane. Studies in treatment efficacy have become the source of theory, rather than theory guiding practice.

Humanistic psychology emerged during the middle 20th century as a reaction against the perceived excesses of behaviorism. It is sometimes considered a third wave of psychology after the first wave, Freudianism, and the second wave, B.F. Skinner and behaviorism. Humanistic psychology emphasized the innate goodness and capacity for growth in each individual, holding self-actualization, a need for love and belonging, and self-esteem to be high in importance. Representing a break from both Freud and Skinner, it was influenced by existentialism, and in turn was very influential in mainstream psychology during the late 20th century, as well as being an influence on more woo-based movements such as the Human Potential Movement.

Among the best known figures in humanistic psychology were Abraham Maslow, Carl Rogers, and Fritz Perls. Maslow coined the idea of a hierarchy of human needs. Starting with basic physical needs at the bottom (food, clothing, sleep, shelter), it progressed up through safety and stability (health, home, employment), love and belonging, self-esteem and achievement, and finally self-actualization. Once each need below was secured, fulfilling the next need would be the goal which a person would most often seek. In a prosperous society where all the lower needs were met, self-actualization would be the final goal. It is also the most nebulous concept in the hierarchy; to that end, Maslow also coined the idea of peak experiences, which are moments in which a person experiences transcendence, a feeling of completeness, or an experience perceived as highly spiritual. Perls founded Gestalt therapy, a form of encounter group emphasizing intimate sharing of personal feelings and experiential personal growth. Others often regarded as part of humanistic psychology include Eric Berne, Paul Goodman, Timothy Leary, and R.D. Laing. While not part of humanistic psychology, the ideas of other contemporaneous writers like Thomas Szasz and Eric Hoffer shared some similarities.

After preliminary results were published, some of those people whose studies failed to be reproduced accused the reproduction study authors of bullying.[4] In another study, many published psychology papers have been accused of using flawed statistics and of failure to examine alternative hypotheses.[5]

Since the publication of the replication studies, Harvard University psychologist Daniel Gilbert has argued that the replication studies contained key errors.[6][7] Nonetheless, at least one researcher outside the field of psychology has not been impressed by the results. Stanford University epidemiologist John Ioannidis said, "The very best scientists cannot really agree on what the results of the most important paper in the recent history of psychology mean."[6] In a reanalysis of the experiments, Alexander Etz and Joachim Vandekerckhove argued that the failures to replicate occurred largely because of original studies that used too few participants to generate strong statistical results, and also because of journals' bias of only publishing experiments with positive results.[6][8]

Despite psychology being a social science, some clinical psychologists are resistant to evidence-based practice.[9] And despite the phrase primum non nocere

(first, do no harm) being precept of bioethics and medicine, some types of psychological treatments have been shown to be harmful yet continue to be practiced.[10] Lilienfeld identified several psychological therapies that are likely to be harmful:[10]

Additionally, reparative therapy is considered pseudoscientific,[17] potentially harmful,[18] and is opposed by the American Psychiatric Association.[18]

Amongst the general public ideas about psychology come most prominently from pop psychology which aims at the mass market,[19] often through self-help moddalities and large group awareness training motivational seminars. Pop psychology is generally disdained by those in the broader psychology field because of its widely varying quality, lack of peer review, oversimplification of complex psychological principles, and frequent inclusion of ideas taken from pseudoscience.

Another prominent source is historical, anecdotal and personal experience of clinical psychology. Clinical psychology is popularly linked to psychoanalysis and to Freud. None of Freud's ideas were developed using any sort of testable hypotheses and almost all have been repudiated over time. Modern psychology places a high emphasis on empirical testing and data for various interventions. This emphasis is seen throughout the various orientations of psychology such as cognitive behavioral and psychoanalytic. The empirical testing is peer-reviewed for publication in various journals. Researchers have repeatedly demonstrated that empirically-based treatments such as action-commitment therapy and dialectical behavior therapy can reduce troublesome symptoms in clients.

There are, however, subsets of psychology which focus on pseudoscience and promote that notion that psychology cannot be a "hard/regulated science". Infamously, the "Integrative Psychology" movement in California, started by Ken Wilber,[20] seeks to incorporate "spirituality" as a dimension of health.

The fact that these two branches are the source for most popular opinions on psychology may explain why the much more scientifically rigorous and instructive sub-fields (such as cognitive psychology, evolutionary psychology, and neuro-psychology) have had to fight an uphill battle towards widespread acceptance.