Pluto isn't a planet, however. Some people decided it, plainly and simply, sucked too much to be a legitimate planet.[1] Sorry Hades. 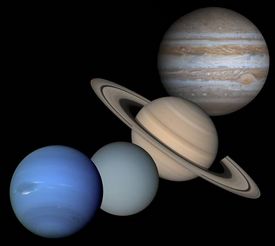