This Society is growing rapidly! 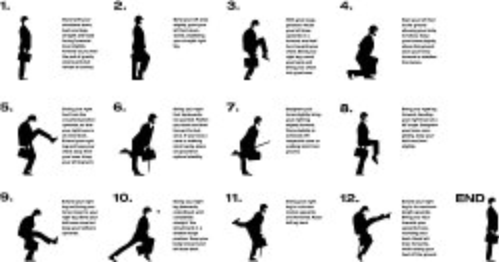 The RationalWiki Silly Person's Society was founded by SuperJosh at 03:29AM on Saturday 28th November 2009 in a drunken stupor. It aims to fill RationalWiki full of net memes, bigotry to the religious and non-religious, and to create a rigid, but arbitrary, hierarchy where every Thursday a person is chosen at random to be high-priest (or priestess) of RationalWiki.

Please add your name to the roster if you wish to join the Silly Person's Society - it's free!

Memes are OK in moderation or appropriate context[edit]

The Holy word of God says it is appointed unto man to die once! Therefore you can't have been killed and reincarnated, Kells you are an unbelieber. God is Lord (talk) 11:53, 12 December 2011 (UTC)
The worst meme is that one where we tell the tale(s) of the previous night's or week's utter debauchery, or what we imagine we remember of it, anyway. ħuman

Quiet you! that is for everyones amusement. Besides I didn't tell the tale of the other weekends debauchery wherein someone went missing and the bloodstained doorknob and bed sheets caused people to quiver in fear. Aceof Spades 21:04, 1 December 2009 (UTC)

I just accidentally myself. It was totally. Wèàšèìòìď

I seem to have a grapefruit stuck on my thumb. Can someone pass a motion to have it removed? CrundyTalk nerdy to me 20:40, 5 September 2010 (UTC)

He stole you keys? That reminds me of this time I dressed up as a Chinese guy and stole some young punk's keys.... Lord of the Goons The official spikey-haired skeptical punk 17:13, 22 January 2011 (UTC)

Unreleventually to the prior motion, I put forward a second motion calling for the immediate replacement of the RationalWiki:Proposed_Constitution,_May_2011 with the proposed Reform Constitutional Convention currently under draft by the user commonly identified as resident troll, MarcusCicero, on the basis that I haven't read either but that the troll's constitution is written in Middle English, and he obviously spent a lot of time doing that and should be rewarded for his efforts.

In response to the emergence of several so-called "political parties" on teh RationalWacky, the RationalWiki Silly Person's Society would like to affirm it's position on this website solely as a society, and will not succumb to attempts at politics, which, when brought onto a wiki, is really, really gay. The RSPS would also like to take this opportunity to affirm it's position as pro-gay, in the homosexual sense, not the negative-connotated "gay" sense, which is gay. SJ Debaser 15:17, 18 May 2011 (UTC)

I oft wond'r'd why the Flintstones seemed so happy to be having a gay olde tyme. Aboriginal Noise Oh, you want to hit people with garbage cans? 15:50, 18 May 2011 (UTC)

The RationalWiki Progressive Party hereby denounces the RSPS as an enemy of progress. We would do so by means of a template if we could be bothered to make one. However, we may be able to find common ground in our shared support of "other parties" and possibly "no fucking memes". --95.154.230.253 (talk) 16:16, 18 May 2011 (UTC)

Also, I bought this book three days ago for seventy quid and don't know what to do with it. Who do I talk to about getting a refund? That Chinese guy still has my keys too, I've been locked out my house for eleven months. SJ Debaser 00:06, 12 December 2011 (UTC)

I hate this idea so much I'm going to

Thanks to ADK for this one. The game is simple: look through the various talkpages on the Wiki and on RationalWikiWiki. Everytime you see the arguement "Why do they call it 'RationalWiki'?" or the variation of someone calling it "IrrationalWiki," take a drink. Double up on the drink if they used the term "TrashionalWiki." The Spikey Punk I'm punking my punk! 02:41, 28 December 2011 (UTC)

Oh, and one more to add: triple up on your drink for those who say RationalWiki is "just like CONservapedia!" The Spikey Punk I'm punking my punk! 03:01, 28 December 2011 (UTC)

(Per previous discussion of RationalWiki: the drinking game)

I thought this was supposed to be rational Wiki. How can the Wiki be rational if they have a Silly Person's Society? Furthermore, a Wiki that rejects religion outright and isn't, at least, open-minded to people's religious beliefs when it comes to things like faith healing, creation doctrine and Christian Science isn't exactly a sign of being "rational" now is it? Plus, how can a place that fucking allows cursing by it's fucking editors be in any way rational when we all know that no truly rational person would need to swear and curse to get their fucking point across. Sounds like RationalWiki is more like "IrrationalWiki" to me. What a trashionalWiki this place seems to be. Conservative Punk (talk) 10:18, 31 March 2012 (UTC)

Laughing at the unprovable and unproven--the supernatural--in all it's forms is very rational. The place where the rationality of rationalwiki breaks down is around neutrality, if there were a NPOV requisite then the site's large extreme left wing demographic (like I'm talking batshit left, I'm 'left' but these guys are like masturbating to Karl Marx and Lenin photos kind of mental agenda pushing lunatics) would be limited in how much damage they could do and the academic viability of the site would be significant. Sadly they seem to be either the majority, or at least the most vocal demographic leaving the rest of us with broken toys and a used condom hanging out our shitters. 121.211.33.244 (talk) 16:26, 5 March 2016 (UTC)