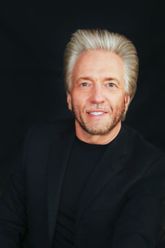 Gregg Braden (June 28, 1954–) is an American crank, woo-meister, and New Age fantasy literature author. He argues that human emotions affect DNA, that collective prayer may heal the body, that the world is a mind, that science is pointing to religion and other woo-woo. He has published many books through the Hay House publishing company (a serious scientific publishing house).Do You Believe That? He has also appeared on the pseudohistory show Ancient Aliens[citation needed] and The Secret movie.[citation needed]

He wrote about the 2012 apocalypse for his claim that the magnetic polarity of the Earth was about to reverse,[1][2][3] stating: "There has been a lot of speculation about it. The magnetic poles have certainly reversed in the past. I can tell you as a former geologist that we can see that in the geologic record, 14 times in the last 4-1/2 million years."[citation needed] It diiiid? Braden argued that the change in the Earth's magnetic field might have effects on human DNA and claimed that he healed himself from cancer just by thinking he was well. Where the actual proofs of his claims are, no one knows.

This New Age-related article is a stub.
You can help RationalWiki by expanding it.
Retrieved from "https://rationalwiki.org/w/index.php?title=Gregg_Braden&oldid=2447381"
Categories:
Hidden categories: