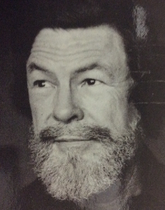 Herbert Leon Newbold (1921–1994) was an American psychiatrist, cholesterol denialist, low-carb high-fat diet advocate and Vitamin C woo promoter. His "Newbold diet", is an early example of the pseudoscientific carnivore diet. The diet bizarrely requests for people to avoid all photocopiers, flowers, perfume and pets, otherwise they will become overweight.[1]Do You Believe That?

Newbold was basically a predecessor of Robert Atkins.[note 1]

Newbold received his Doctor of Medicine from Duke University in 1945, he specialized in psychiatry.[3]

His Dr. Newbold's Type A - Type B Weight Loss Book is an odd low-carb book that advocates a fresh fish-fowl meat diet with limited raw vegetables if necessary.[1] Newbold opposed the consumption of carbohydrates and recommended that people avoid grains, beans, nuts, dairy and sugary foods which he claimed are "new foods".[1] He also opposed all juices, alcoholic beverages and diet sodas. The book invokes an appeal to nature fallacy by claiming that "old" foods like fresh fish or raw vegetables are better than anything produced agriculturally.[1]

The evidence in the book is entirely anecdotal. Newbold listed alleged stories of his patients or housewives losing weight on his diet but presented no clinical evidence.

Newbold classifies obese people with a "type-A" weight problem (spree eating) or "type-B" weight problem (addictive eating). He invented a bogus "theory" that says all humans have "turn-on" and "turn-off" cells in the appestat center in the brain controlling their appetite.[1] The idea of turn-on or -off cells in this part of the brain is not supported by scientific evidence. Indeed, Newbold admitted that he had no "autopsy material" to back up his theory but stated that "if someone did die during the middle of an eating spree", I suspect a microscopic examination of the turn-off cells in their appestat center would show cells that were badly swollen."[1]Do You Believe That?

He said that cat dander or formaldehyde from new carpeting can also cause obesity. The idea that carpets contain formaldehyde has been described as a myth as the chemical has not been used near the carpet manufacturing process since 1978.[4] Newbold's book was written in 1991, so he was obviously not aware of this. He recommended that people avoid photocopiers, perfume, tobacco smoking and pets because they damage the turn-off cells and send people on eating sprees.[1] The book states incorrectly that the medical community like to reject new discoveries. His excuse for why scientists are not convinced by his theory was that because they apparently lack knowledge in the fields of anthropology or evolution about "old" foods.[1]

Despite the "natural" aim of the book, Newbold was a fan of megavitamin therapy and recommended that his patients take a dangerous amount of vitamin supplements.[1] He admitted that his diet lacks an "inadequate supply of calcium and magnesium." The rational solution to obtain all minerals and vitamins that the body needs is to eat a balanced diet but Newbold suggested taking everything from beta-carotene and L-carnitine capsules, to daily B12b injections, cod-liver oil, half a teaspoon of desiccated liver powder, calcium carbonate tablets (600mg) two times a day, magnesium oxide tablets (250 mg) two or three times a day and many others including up to 20 daily hydroxocobalamin tablets.[1]

The book contains many unreferenced statements, for example he stated that by cooking beef liver once a week you will have a better diet than 99% of people in the world.[1]

Unsurprisingly, Linus Pauling wrote a supportive preface for the book.[1]

The aim of the Newbold diet is to apparently take humans off agricultural foods. The diet is restricted to only fresh meats, fish, fowl and a small amount of vegetables. The follower of this diet must drink nothing but water.[1] The diet recommends three meat meals a day and only limited raw vegetables but no root vegetables. Newbold says that vegetables are not strictly required, it is up to the dieter.[1] The Newbold diet is thus an early example of the carnivore diet.[5]

Newbold believed that large quantities of Vitamin A and Vitamin C could be used as a treatment to cure cancer. In 1979, he authored Vitamin C Against Cancer. In reality, excessive vitamin supplement intake is not effective as a cancer treatment, can be toxic and is considered quackery by medical experts.[6][7]