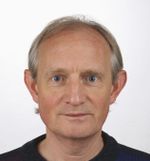 Jan te Nijenhuis is a Dutch HBD pseudoscientist who has published articles about race and intelligence from a hereditarianism perspective in the controversial journal Intelligence and the racist pseudoscholarly Mankind Quarterly.[1][2] Like Richard Haier, Nijenhuis is careful to not explicitly advocate white supremacism to avoid damaging his academic reputation at the University of Amsterdam,[3] but uses a more subtle approach of supporting the same viewpoint i.e. a racial hierarchy in intelligence. His work is commonly cited by white nationalists as evidence that African and Middle-eastern immigrants have low IQs and Nijenhuis himself is associated with the far-right,[4] for example in 2016 he attended the London Conference on Intelligence.

Nijenhuis' 1997 PhD dissertation sparked a racism row[5] over the fact that he argued black immigrants working for Nederlandse Spoorwegen (Dutch Railways) on average have lower IQs than native Dutch and that genetics largely explains these IQ differences; he controversially cited The Bell Curve:

In December 1997 test psychologist Jan te Nijenhuis claimed that blacks are more stupid in his PhD at the University of Amsterdam: "The average level of cognitive abilities in the group of immigrants is lower than the average level in the indigenous group", he concluded. The scientist took an example of Murray's The Bell Curve: "American research has already shown that black Americans perform poorer on average in the labor market due to group differences in general intelligence. Yet this is hardly mentioned in Dutch literature as one of the possible causes of high unemployment among immigrants."[6]

He argues because certain immigrant groups have lower IQs they lower education and working performance:

The low average IQ of many immigrant groups translates into substantially lower educational performance. In a large school with all kinds of pupils, both native and native pupils are weak, average, and very good students, but the best pupils will be mostly native and many of the weaker pupils will be immigrants. In the workplace, the lower average IQ also translates into lower working performance. The average immigrant employee earns 10,000 - 15,000 euros per year less for the company than the average native employee. In short, the scores on the IQ test must be taken seriously.[7]

Nijenhuis has been criticized for distorting a study, Rindermann et al. 2016 "Survey of Expert Opinion on Intelligence":

Te Nijenhuis wants to point to scientific consensus. He refers to an expert survey on which factors they consider to play a role in cross-national IQ differences. Te Nijenhuis has 265 experts, of whom 83 percent would see a role for genes, and states that many experts think that genes play around half of them (50%). Anyone looking at the research will see that there are only 71 experts — 194 of those questioned did not answer questions about IQ differences between countries and groups. In addition, the researchers initially had 1345 scientists. The 5 percent that remains can not be called a representative group of experts; no consensus. Te Nijenhuis also misinterpreted the results: the 71 experts thought that about 17% of IQ differences could have a genetic basis, compared to 70 percent context factors and 13 percent test problems.[8]

A Meta-analysis of Roma Intelligence: an update

The Roma are the only major European ethnic group the average IQ of which is unknown. Although there is a substantial amount of research on this topic, most of it consists of Eastern European studies in various languages and sources hard to obtain. To date, this body of literature has not been brought together in a comprehensive manner, nor is it known to the international scientific community. For example, Lynn and Vanhanen (2012) estimate the IQs of many ethnic groups, but their estimate of Roma IQ is based on only one study. A partial review of the Czech and Slovak literature was conducted by Bakalář (2004), but does not include newer studies and studies from other countries. Our meta-analysis aims to unite the existing literature on Roma intelligence and draw statistical conclusions. We conducted an extensive search to include texts in English, German, French, Dutch, Hungarian, Romanian, Slovak, Czech, Serbo-croatian, and Bulgarian. Our search methods included electronic search, manual search, and consultation with experts in the field. The search has yielded more than 60 articles with 43 usable samples. Data analysis is in progress. We will present an estimate of the overall Roma IQ, showing that the Roma are the group with the lowest IQ in Europe. We will compare IQs of different Roma subpopulations (normal schools, special schools, delinquents, orphanages). We will show that the Roma are possibly the only group in the world for which there is no Flynn effect. We will also take a look at the often stated criticism that there is a substantial language bias against the Roma in IQ tests. We will show that such a bias is unlikely, as there is no substantial difference between Roma verbal and performance IQ scores. We will present tests of Spearman’s hypothesis for the Roma. Finally, we will show support for the cumulative deficit hypothesis: the older Roma are, the lower their IQ scores become. We will also deal with the methodological limitations of our data.

The tendency to publish studies with significant results far more often than studies with non-significant results is called publication bias and threatens the validity of scientific disciplines. Even though there is sufficient reason to believe psychology is affected by publication bias, it has only scarcely been examined within our discipline. The present research therefore examined if publication bias is present within a collection of psychological meta-analyses and to what extent. Additionally, the presence of publication bias on the right side of the mean and liberal bias were examined. The present research applies publication bias analyses to 109 metaanalyses published in Psychological Bulletin between 2006 and 2014. The cumulative size of the study (k 8,703; N 3.5+ million) makes it possible to cautiously assume the findings can be applied to the rest of psychology as well. The analyses used are the funnel plot, trim-and-fill-analysis, Begg and Mazumdar’s rank correlation test, and Egger’s test of the intercept. The results indicate that 33% of the 109 examined meta-analytic datasets show evidence of publication bias. Additionally, for 60% of the datasets the originally reported average effect size appears to be inflated or deflated by more than 20%, which is considered to be at least a moderate effect. The present research also showed evidence of publication bias on the right side of the mean for 24% of the datasets. Clear evidence for liberal bias was not found.