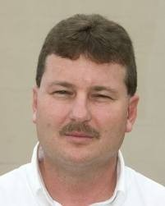 Eric Dondero, also known as Eric Dondero-Rittberg,[note 1] is an American far-right Islamophobic internet troll and white nationalist who runs the website Subspecieist. The site promotes pseudoscientific racial realism as "subspecieism". Dondero argues that the human species is split into a small number of continental subspecies (races), and he argues against subspecies intermixing. In other words, he espouses a form of racial seperatism. He has been described in a Scientific American article as having sent a "colossal dump of racist abuse" to Angela Saini

on social media.[2] Dondero has been banned on Twitter on multiple accounts for racist trolling and hate speech. His original account with 21,000 tweets was suspended in 2015.[3] In 2019, his second account DarwinSubspecieist was suspended.[4] In 2020, his third account was suspended.[5] Despite his multiple bans, Dondero created his fourth Twitter account "Mystery Dondero" in June 2021 and as of June 2022 has made 19,000 tweets.[6]

Banned on Twitter, Dondero has an active account on Gab popular among the alt-right. Dondero also follows white nationalists on his account including Nick Griffin, Paul Ramsey, Jared Taylor and Lana Lokteff of Red Ice Creations.[7]

Dondero is an infamous troll who has gained a toxic reputation for posting inflammatory and provocative comments online.[8][9][10][11][12][13][14] In 2012 he called supporters of Obama "communist pigs" and told Republican voters with dogs to let them poo on the lawns of Obama voters.[15][16]

Dondero is an alleged wife-beater.[17]

In June 2022 he attracted widespread criticism on social media for sending an abusive message to someone to "eat dog shit".[18]

Dondero is a former Ron Paul aide who used to blog at LibertarianRepublican.[19] Ron Paul has claimed Dondero is a "disgruntled former employee who was fired."[20] Despite describing himself as a libertarian, many of Dondero's political views are against civil liberties such as freedom of religion.

Dondero is a self-described "pro-military foreign policy libertarian" who supported the 2001 invasion of Afghanistan and the 2003 invasion of Iraq.[21] He has been heavily criticised by anti-war and non-interventionist libertarians.

Exactly what libertarian values and positions Dondero thinks he holds (excluding pro-prostitution and opposing mandatory seat-belt use) is unclear… but when someone questions his libertarianism, he is known to get ultra-defensive:

What makes you think you're suddenly King of the Libertarians, able to decide who is and who is not a "Real Libertarian."

Hey buster, I've got 22 years of hardcore libertarian activism under my belt. I've been called "America's Greatest Libertarian Political Activist." (See my site for just a tiny taste of some of the quotes praising me at www.libertarianrepublican.blogspot.com.)

Don' you fucking dare try to tell me who is and who is not a "real libertarian."

I'll compare libertarian resumes with you any day of the week.

According to a poster on the Ron Paul Forums who met Dondero on an email list for libertarian Republicans in Texas:

For many years I was on an email list for libertarian Republicans in Texas. Unfortunately, another person on that list was Eric Dondero-Rittberg. He showed up around 2004 or 2005 claiming to be a libertarian sometime after he was fired by Ron Paul. It quickly became clear though that his main issue was a vicious hatred of islam. But the other thing that really creeped a lot of people out was his tendency to introduce his sex life into the discussions for no apparent reason, especially prostitution. It could be completely off topic and he'd just randomly interject it. He went well beyond the legitimate libertarian position that prostitution should be legal though. His interest in the issue of sex ALWAYS seemed to go back to his own personal sex life that he was always sharing, and same with his gripe with the middle east — he hates muslims because muslims don't approve of prostitution & nudism, which are some of his pet issues.

Eventually I think he got himself kicked off the list or something.[23]

The same poster copies a creepy email they received from Dondero concerning his reason for supporting prostitution (based on his personal sex life):

I dug up the following "gems" from my old inbox though, and I remember many more like them & will try to find them. Since he disappeared after the original newsletter story I was gonna leave it be. But since he's back in the news this weekend smearing Ron Paul, I figured turnabout is only fair game. So here you go — Eric Dondero's very own "newsletters."

Legalization of Prostitution is one of my top three issues. Not sure where you got the idea that I don’t support legalized prostitution from? I’m an ex-Sailor. I absolutely used the services of Prostitutes overseas in the Phillipines,[sic] Puerto Rico, Mexico, Spain, all over the world, when I was a young buck Sailor. And each time was worth every penny.

As a matter of fact, it’s an absolutely tragedy that the US Military is not allowing servicemen these days to utilize prostitutes in Iraq. There are severe restrictions on prostitution for Military Personnel nowadays. We Libertarian Republicans need to work to overturn that.

As for Rudy, yes, he pretty much sucks on the issue. Though, I hadn’t heard him talk about the issue in over a decade.

But then again, come to think of it, all the GOP Presidential candidates pretty much suck on the issue, even Ron Paul.

At the time the Libertarian Party was ga ga over Norma Jean Almadovar. Do you all remember her? She was the infamous “Cop to Call Girl.” She wrote a best-selling book about how she was a Prostitute while working for the LAPD.

Well in 1986, she ran for Lt. Governor of California on the Libertarian ticket. Ron Paul hated her. He even made the statement when asked, “Ron, who would you choose for your VP.” His response, “Anyone but Norma Jean Almadovar.”

I think if you pressed Ron Paul today, he’d have the same position; opposition to legalized prostitution.

Whose left? McCain? Romney? Not a single GOP candidate for Prez would support legalized prostitution.

And that’s our fault. RLC needs to push on this issue much, much harder. We need to call every Presidential candidate, including Rudy Giuliani, on the issue. Let them know it’s a top issue for us, along with property rights, and tax cuts.

Let the Libertarian Party be the Pot Party, with Steve Kubby. I’d like to see us use issues like Prostitution and opposition to Seat Belt Laws as our top issues for the civil liberties.

Is it the "evil Christian Right?"

When was the last time you saw a "Christian Right crusade" attempting to outlaw nude beaches in the US?

When was the last time Christian Rightists sought to ban thong bathing suits on South Beach in Miami or on California beaches?

Nah, the only force today active against Nudism nationwide is ISLAMO-FASCISM!!!

Look what they are doing in Paris. Look at Amsterdam!

Did you hear the latest? British hospitals now have tailor-made "Burka-style" head to toe hospital robes for their Muslim patrons.

Dondero has controversially posted online he wants to destroy Islam as a religion and bomb Mecca:

It’s not our choice. We either fight the war or we surrender. Islam has declared a never-ending war on the United States. We will be fighting this war our entire lifetimes. (Unless we categorically defeat them – flatten Mecca par example.) Now we can choose surrender. But I don’t think you want your pretty wife to have to wear an ugly black burqa from head to toe, now do you? I certainly don’t.[24]

A bunch of libertarian bloggers have criticised Dondero for his Islamophobic views and links to the far-right counter-jihad movement.[25][26]

LoonWatch have described Dondero as a "Rabid Islamophobe and Sharia Conspiracy Theory Nut".[27]

Dondero is quoted as saying he wants to shut down mosques in US and deport all Muslims.[28] He has also claimed "The big problem right now is Islam and Islamism invading our country. And if they want to continue to move in, we need to fight back. Their culture is coming here."[29]

As of 2021, Dondero continues to support extreme policies such as deporting all Muslims from the US:

Deport all Muslims from the United States. Their lifestyle, culture is incompatible with Americanism.[30]

See the main article on this topic: Iraq War

on the topic of the Iraq War:

Starting at around 7:30, Mr. Dondero comes out with almost every pro-war anti-muslim cliché in the book: "9/11 changed everything." "Someone hits you, you hit em back 100 times harder." "Ahmadinejad said Israel should be wiped off the map." "We are at war with hardcore Islam." "…3000 Americans died on September 11..." "Opposing Bush's war effort is un-American." "Bush should drop a nuclear bomb on Mecca." "Islamo-fascism is going to take over America."[31]

Dondero has bizarrely called anyone who opposed the Iraq War, "Hitler-like" and "Stalinist authoritarian."[32]

Dondero supports a white ethno-state and thinks the US should completely halt non-white immigration, deport all illegal immigrants and increase white fertility rates:

Our nation is already torn apart. There's no fixing this thing. We have balkinized. You cannot put Africans, northwest Europeans and Asians together and expect us all to get along. It doesn't work. That means no more immigration, and kicking out all the illegal aliens that are already here. Plus, urging young white women to have as many white babies as they possible can. This is ALL about demographics now. Nothing else matters.[33]

He has claimed supporting an ethno-state:

The problem is this definition is a straw man since no one denies all living humans are the same in terms of genotype or phenotype. Scientists who accept the consensus biological races do not exist in humans — don't deny human genetic variation.

"I'm not a racist but a race realist!"[edit]

Any pretense that Dondero is not a racist is easily refuted by his history of racism and Islamophobia on the internet spanning 20 years and links to the far-right. But Dondero insists he is not a racist.Do You Believe That? Instead, like David Duke he calls himself a 'racial realist' and claims on his website:

No. We celebrate maximum diversity for the human species. The more diverse the genome of modern day Homo sapiens, the more chance for ultimate survival.[35]

On the same page he denies he is a racist — dumbass Dondero exposes his real white nationalist agenda by posting a racist rant critical of non-white immigration, claiming "The situation in the British isles is especially dire" because "London is now majority non-white" and "Ireland is increasingly threatened by African migration."

See the main article on this topic: Multiregional hypothesis

Dondero has no understanding of the multiregional hypothesis and mistakenly thinks that model of human origins fits his white separatist ideology. One of the major blunders on his website is claiming multiregionalism is polygenism (e.g. "Multi-Regional sometimes referred to as Variationism or Polygenism") when the main proponents of the multiregional hypothesis, including Milford Wolpoff have always distanced themselves from polygenism and outright rejected it.[38]

Oddly Dondero quotes Milford Wolpoff on his website giving the false impression Wolpoff supports his batshit crazy subspecieism views. In reality, Wolpoff has put out a paper and a book denying the existence of contemporary human races.[39][40] Wolpoff argues human races formerly existed thousands of years ago; he notes human population structure changed at the beginning of in the Holocene and with the Neolithic Revolution. In 2013, he wrote: "the signiﬁcant population expansions and movements of the late Pleistocene and more recent times began (Hawks et al. 2007), the ancient pattern of distinct regional differences (subspecies) was obscured. One consequence is that today variation within populations is greater than variation between populations, and subspecies (biological races) do not exist."

According to Dondero's website Edward Dutton is a supporter and friend.[41]