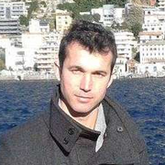 Davide Piffer is a racist Italian parapsychologist crank who claims to have psychic powers, including precognition, ESP and psychokinesis.Do You Believe That?

Piffer also holds controversial views on race and intelligence, is associated with the alt-right HBD blogosphere and is the cofounder of the OpenPsych pseudojournals with Emil Kirkegaard.[1] In 2016 he co-wrote a paper that was presented at the London Conference on Intelligence.

Piffer has a BA in Anthropology and MSc in Evolutionary Anthropology.[2] He is currently a PhD student in Psychology at Ben Gurion University of the Negev. And he blogs at topseudoscience — an appropriate name since he's a pseudoscientist himself.

As of 2019, Piffer contributes to the pseudoscientific open access Psych journal.[3]

Piffer believes that this RationalWiki page being created the same day as he deleted his Twitter account was not a mere coincidence, but proof of his psychic abilities ("superpowers").

[7] However, his credibility is undermined by the fact he has published in the far-right pseudoscholarly Mankind Quarterly, which critics (such as the SPLC) describe as white supremacist, the controversial journal Intelligence,

(that has a history of allowing racists to publish in) as well as set up his own pseudojournals (bogus peer-review) i.e. OpenPsych. The main reason Piffer founded OpenPsych with Emil Kirkegaard was because peer-reviewed journals were rejecting his submissions on race and intelligence. In 2015, a reviewer rejected Piffer's manuscript without opportunity for revision, while another noted the "paper is full of poorly justified conclusions".[8] In response, Piffer maintains his submission was not published because of either a "hidden agenda" or "closed minded attitude". The HBD blogger RaceRealist88 would go on to allege a left-wing bias in academia that downplays or denies "racial differences in intelligence [exist]" because Piffer's manuscript was rejected.[9]

Piffer is a research fellow of the Ulster Institute for Social Research, a racist institute founded by Richard Lynn that publishes racist pseudoscience; he identifies as a proponent of hereditarianism, e.g. writing in a Mankind Quarterly paper: "Finally, this is the first study to provide systematic (albeit preliminary) evidence that differences between countries and races in IQ and educational attainment are related to genetic factors."[10]

Piffer has described black African immigrants in Italy as "gorillas".[11]

Speaker: Michael A. Woodley of Menie

Between countries, total fertility rate (TFR) and cognitive ability are negatively correlated, which suggests that the world’s IQ should be declining. Also, the population-level frequencies of several SNPs have been found to predict IQ between countries. Could latent variables among measures of ability and the SNPs moderate the association of these with TFR? Using a Big G factor constructed from five measures of cognitive ability, a large-magnitude Jensen effect is found on the TFRcognitive ability relationship (ρ.56, N60.6 countries). Using frequency data on seven SNPs, it is found that the strength of the loading of the common factor among the SNPs (termed a metagene) is a positive and large magnitude predictor of the magnitude of the TFR-SNP frequency relationship (ρ.867, N18 countries). These findings indicate polygenic selection against G. Finally, when controlled for both Human Development Index and national IQ, metagene frequency remained a modest magnitude and significant predictor of TFR in multiple-regression (β.371, N 18 countries). This indicates that polygenic selection operates directly on the genetic variance associated with cognitive ability. Based on these results, it is estimated that differential fertility between countries should be reducing heritable G globally by .253 points per decade.