Law enforcement is the job of the police in most civilized countries. They are expected to investigate crimes, find the perpetrators, and present their case in a court of law, usually (in common law countries) before a jury of the perpetrator's peers. Well, not exactly the perp's peers, but a general selection of normal people.

While this is a noble quest, it all too often breaks down.

Authoritarian regimes often employ various levels of "secret police" in order to patrol and regulate their populations. Such schemes often involve extralegal violence or threats of violence, encouragement of people willing to turn in their acquaintances or enemies on flimsy grounds of wrongdoing, and less-than-transparent judicial processes.

Even modern democracies struggle with the tendency of law enforcement to overstep their remit. In a democracy, law-enforcement personnel are supposed to be operationally independent, so that in particular they can investigate anyone — up to and including the political leadership of the country — whom they suspect of having committed a crime, in any legal manner they feel appropriate, without fear or favour. Although in many countries sitting politicians have some degree of immunity from prosecution, it may still be possible to arrest them after they leave office. Sometimes, this actually works and corrupt presidents do in fact end up in jail. Operational independence has its downsides, though, as it can mean that police are not accountable to anyone and free of repercussion.

Lack of operational independence can lead to law enforcement being used as a weapon to target people the government doesn't like. However, laws which — intentionally or unintentionally — have a biased impact on certain groups of people can also have a similar effect — as can institutional racism or corrupt leadership in a police force.

The first police department in the modern sense of the term was founded in France in the 17th century during the reign of King Louis XIV. It was the Paris police department, and was registered in 1667 by the French Parliament.

"Police are meant to 'protect and serve'!"[edit]

The origins of the term "to protect and serve" come from a simple LAPD motto since 1963, which has been adopted in other police stations with similar bells and whistles. The motto simply serves as a short and sweet ideal phrase, very similar to advertising slogans such as Wal-Mart's "Save money. Live better.", despite laborers working under Wal-Mart's terrible conditions practically achieving neither. However, even when the motto is taken at face value, the police do not have the obligation to protect and serve individuals, as ruled by the Supreme Court multitudes of times, recent examples being a court ruling in favor of the nonresponding police officer in the Marjory Stoneman Douglas High School shooting in 2017 and protecting a woman who has a court-mandated order to protect against a violent husband in 2005.[1][2] While the police can potentially protect people against criminals who are breaking the law, that is only secondary to their job of upholding the law. Theoretically, if there was a law that technically hurts people than protect them, the police will uphold that, the biggest example being the laws enacted under the War on Drugs which were enacted specifically to target minorities while hiding under the veil of drug regulation.

"Police misconduct is just the result of bad apples!"[edit] 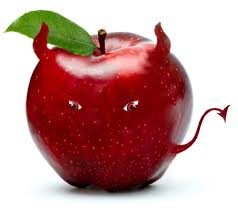 The thing to blame when law enforcement acts up.

Considering how more exposed reported police brutality is and the disproportionate amount of people of color being affected by cases of racial profiling, this issue is more complicated than because the system forgets to filter out the assholes from the group. Black Lives Matter was founded because of how staggeringly little the "bad apples" get punished for their dreadful behavior.[3] Blaming the officer at an individual level while ignoring the factors that cause an officer to act up is only addressing the symptoms of what happens when ills of society gets deeply ingrained in policing, not the cause.

"If the suspect didn't resist arrest, excessive force wouldn't have been used!"[edit]

It is one thing to use force to put down someone resisting arrest, it is another thing to go above and beyond, unnecessarily injuring or outright killing an individual who even displays the slightest bit of resistance or possibility of danger. One example of excessive force being unnecessarily deployed was towards a 16 year old girl at Marshall High School, where she was kicked, dragged through the ground, and tasered.[4] The most jarring example of this was Charles Kinsey

, a black therapist, caring for Arnaldo Rios Soto, disabled autistic man, who got shot because the officer thought the toy truck Soto was carrying was a gun; Kinsey was on the ground, with his hands raised, ready to be arrested, and he got shot anyway.

"Racism isn't a problem in the police!"[edit]

Simple fact of the matter is that, it is a problem. A disturbing amount of police officers has either posted offensive racist Facebook memes, both officers in rank-and-file and leadership positions from a variety of jurisdictions,[5][6], are members of groups affiliated with racist organizations on Facebook such as the Neo-Nazi movement, White Lives Matter, or has connections to the Ku Klux Klan.[7] This is not to say of the statistics regarding the proportion of black incarceration rates due to them possessing drugs. Implicit biases come into play here, where police officers react differently to a young, affluent, white female as opposed to an older, poor, black male. The entire point of the counter-protest movement against Black Lives Matter, Blue Lives Matter, for example, is merely to deflect issues minorities face in police interactions rather than address any problems.

"Police work is either extremely dangerous or getting more dangerous!"[edit]

While police work can involve placing officers in highly dangerous situations, relative to several other jobs, policing has actually gotten safer over the years since World War II, despite the so-called "war on cops" being trotted out by conservatives.[note 1][8] Despite the increases of violent crimes, the hazards of policing has dropped significantly from the 1970's, which may be due to body armor, enhanced medical care, better training, better policies, and better technology.[9] In relation to other jobs, being a police officer ranked only 14th on the deadliest job chart in the USA, being beaten out by drivers in general such as taxi drivers or truckers, garbage collectors, farmers and ranchers, aircraft pilots, and much more.[10]

Initials for "all cops are bastards", it is a common slogan to read and hear in reaction to stories about police brutality and is internationally recognized. It has origins in the skinhead subculture in the 1970's, popularized by a song from the British punk band, The 4-Skins, though it has seen use with anti-racist, skinheads as well as nonskinheads in general; the Anti-Defamation League has classified it as a "hate slogan" though it notes that "it should be carefully judged in the context in which it appears."[11] Another variant of the term is "1312", where the numbers correspond to the number of the alphabet for each initial. A woman in Madrid, Spain was fined for carrying an A.C.A.B. bag that disobeyed Spain's Citizens Security Law, although the initials of the bag had a parody of the phrase, displaying "All Cats Are Beautiful".[12]

The theory that leftists advance to justify this broad generalization is that when corruption, unnecessary violence, and abuse of power is widespread, even police who are not themselves corrupt, violent, or abusive still, directly or indirectly, promote a "thin blue line

" culture that protects the police who are.

This law-related article is a stub.
You can help RationalWiki by expanding it.
Retrieved from "https://rationalwiki.org/w/index.php?title=Law_enforcement&oldid=2199466"
Category:
Hidden category: