From RationalWiki
(Redirected from Lizard people)
Jump to: navigation, search

David Icke[note 1] is a human singularity of insanity best known for his "reptoid" conspiracy theory. He came to fame as an English footballer and sports commentator and used to be a spokesman for the Green Party of England and Wales, but since 1991 has devoted his life to informing the world that it's actually secretly controlled by evil shape-shifting lizard-people from the 4th dimension. Genuinely.[note 2] As you could expect, this makes Poe's Law a pretty big issue on the topic of this guy.

It should be noted that he often accused high profile British figures of being involved in the sexual abuse of children. One such figure was Jimmy Savile, who may be the most prolific child molester in British history. After the death of Savile David claimed he had warned about Jimmy's exploits but no evidence has ever been presented.

During the late 1980s while he was still with the Green Party, Icke began to look to alternative medicine for a cure for the arthritis that had ended his football career. This also brought him in contact with the local members of the New Age movement. In 1989, he experienced neurological symptoms (impression of a presence, momentary paralysis of lower extremities, auditory hallucination, facial sensations) that he interpreted as spirits trying to contact him.[2] In 1990, he met a psychic he called his "soul mate" who began to introduce him to hardcore New Age woo.[3] He went off the deep end shortly thereafter. He left the party in 1990 and was formally banned from it in 1994, with the Greens calling his views "fascist".[4]

Some of my friends have urged me to tell people the basic story, but "for God's sake don't mention the reptiles" - David Icke, The Biggest Secret

Icke is a proponent of a super-duper grand unified conspiracy theory that mixes together just about every conspiracy theory you can think of; this he calls the "Babylonian Brotherhood."[note 3] All members of the media, the scientific community, the banking system, and the religions and militaries of the world's nations are mere foot-soldiers of the conspiracy. These stooges are in turn controlled by the usual suspects: the United Nations, the Bilderberg Group, the Trilateral Commission, the Illuminati, the Freemasons, the Council on Foreign Relations, the Rothschild family, the World Bank, etc. All of these groups are merely the puppets of "the global elite," which are controlled by "the prison wardens."

A self-portrait by David Icke.[citation NOT needed] 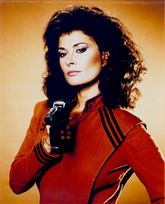 I, for one, welcome our new reptilian overlords.

With the release of his book The Biggest Secret in 1999, Icke added the final layer on top of the pyramid of conspiracy: interdimensional shape-shifting lizard-people from a rift in the space-time continuum near the constellation Draco, often referred to as "reptilians" or "reptoids". Partially ripping off Zecharia Sitchin, he claims these aliens are the Anunnaki and that they have interbred with humans throughout history. Much of the "evidence" of reptoids Icke's worshipers put forth are pictures of world leaders with enlarged pupils or red eye — the everyday kind of red eye in which camera flashes illuminate retinas. This supposedly signifies that the reptoids have momentarily lapsed in their shape-shifting.

, Blake's parody and criticism of the God of the Old Testament, which Blake viewed as simultaneously extremely tyrannical and misguidedly benevolent.[6] Another source may have been the 1980s TV series V

, which featured lizard aliens in human disguise who took over Earth from within society. Another potential inspiration is the 1987 book "Beyond the Supernatural" which contained descriptions of D'arota, lizards from another dimension who drank human blood and who could morph into human form.

Some people have taken offense to Icke, claiming that "shape-shifting lizard-people" is a code word for "Jews".[7] Icke claims that he is not anti-Semitic and that when he says "shape-shifting lizard-people," he quite literally means lizards, saying to Ronson in 2001: "There is a tribe of people interbreeding, which do not relate to any Earth race ... This is not a Jewish plot. This is not a plot on the world by Jewish people."[8]

He does believe the virulently antisemitic Protocols of the Elders of Zion is a true document, although he argues that it was not about Jews, because "Jew" (ironically, given the accusation of coded anti-Semitism) was supposedly a code word for actual lizards.[9]

Although he hangs around with some rather fringe right-wing nutcases, he balances it all out by being just as insane a believer in New Age mumbo-jumbo. He also has been flirting with Holocaust denial,[10] but in Icke's case it's less likely a sign of anti-Semitism than yet another manifestation of all-round insanity.

Icke certainly wasn't an anti-Semite when he published a book in 2019, called The Trigger: The Lie That Changed the World — Who Really Did It and Why, that essentially blamed 9/11 on the Jews.[11] No siree, not anti-Semitic at all. 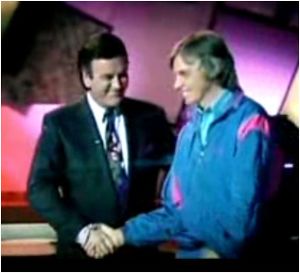 Icke (right) with Terry Wogan in his famous 1991 interview that confirmed his crank status beyond a shadow of a doubt.

In 1991, on Terry Wogan's TV chat show, in the middle of talking about football (the subject he was a guest on the show to talk about), Icke announced that he was "the son of God" and that Britain would be devastated by tidal waves and earthquakes (the UK isn't seismically active[13]). He also began wearing all turquoise all the time which furthered claims he was either disturbed or perhaps a reptilian himself.[14] The interview propelled Icke from a minor celebrity to a household name and laughing stock of the UK. Not just Icke himself, but also his family were unable to appear in public without being ridiculed. His wife and children were considered "fair game" by some "journalists"; they would hover around his house peering into windows and follow his children to school,[15] proving once more that some journalists are bottom-feeding vultures. In 2006 Wogan admitted that he was "a bit sharp" during his 1991 interview and was "slightly embarrassed" by it.

In 2012, he announced that the opening ceremony of the London 2012 games was a Satanic ritual designed to harness negative energy, and that "The Olympic Stadium is strategically placed on the earth-energy grid to tap into the immense London and British power centres and this is why Glastonbury Tor, one of the most significant earth-vortex points in the UK, is a centrepiece of the opening ceremony."[16]

If all of the above wasn't crazy enough, Icke seems to have taken The Matrix literally (well, minus the parts with Keanu Reeves and robot overlords). He believes that much of reality is a holographic projection or sensory illusion being beamed down by our alien overlords from the moon, which is actually a space-station with a hollow interior. No, really... no, really.[17]

See the main article on this topic: Aluminum foil hat

David Icke, as well as his fans, are well known in popular culture for promoting the aluminum foil hat trend.[18]

Icke's relationship with the Christian patriot movement in the United States is somewhat complex. The London Evening Standard wrote in 1995 that there were "uncanny parallels between Icke's thoughts" and other mad ramblings "and the writings of senior figures in the armed militia movement in America".[19] It has been alleged that while Icke is trying to court the right-wing to believe his crazy beliefs, his New Age voodoo quackery may actually be putting off supporters. He has also admired The Spotlight, published by the Liberty Lobby, as containing "excellent research" with a "long and proven level of accuracy".[20]

Although he fully believes that Christian patriots are the only Americans who know the truth about the New World Order, he clearly views them as dogmatists who are nearly as rigid as their adversaries, saying: "I don't know which I dislike more, the world controlled by the Brotherhood, or the one you want to replace it with."[20] This has put him at odds with other conspiracy theorists such as Mark Dice and Alex Jones. Icke also did not become a follower of Trump following his election to the White House and believes that Trump is a puppet of Russia the NWO,[21] unlike Jones, Dice and much of the conspiracy theorist and patriot community who became fervent followers of The Donald.

Icke also encourages people to be skeptical of religious fundamentalism and religious organisations in general... but just not of his crazy ideas.[22]

Or at least, those people Icke believes to be.

If any of these individuals are seen sacrificing children or drinking blood, they should be reported to Steve Bindi Irwin 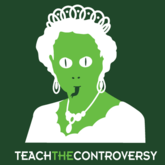 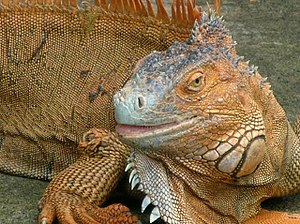 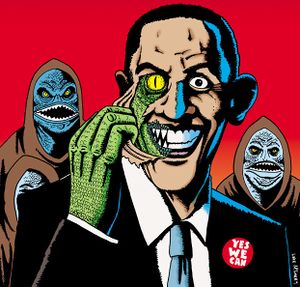 In January 2015 Icke paid $90,000CAN in settlement of a lawsuit by Richard Warman, a Canadian human rights lawyer. Icke had defamed Warman in his 2001 book Children of the Matrix[31] by making allegations of Satanic child abuse and murder.[32] This was in addition to an out of court settlement of $120,000CAN Warman had already received from three Canadian book stores who continued to sell the book after being named as co-respondants in the case.[33]

In a public statement in March 2015 Warman said "This settlement exposes Icke’s argument that no one had ever sued him because his allegations were true as nothing more than a fallacy."[34]

In response to this monumental legal victory expensive defeat Icke posted a video response on his website explaining the background to the case which, unsurprisingly (and probably wisely), doesn't even mention it.[35] Instead, and with a breathtaking display of chutzpah lack of awareness, he invokes the memory of Carl Sagan.

He wouldn’t be a conspiracy theorist if he hasn’t talked about the Coronavirus!

Icke has fully embraced crank magnetism, and uses his social media channels to spread whatever bullshit trends in the conspiracy world are at the moment.

During the COVID-19 pandemic, Icke livestreamed an interview on April 7, 2020, where he asked if there is "a link between 5G and this health crisis". He then claimed that implementing 5G will mean "human life as we know it is over", insisted that any COVID-19 vaccine that develops will include "nanotechnology microchips" that would allow humans to be controlled, and blamed Bill Gates for the pandemic. Basically he states that Bill Gates is Thanos converting people to trackable zombie dogs and installing 5G towers which are actually siren heads. In other social media posts, Icke made a number of other retarded claims: a Jewish group was behind the virus, 5G would leave people unable to absorb oxygen, Germany was moving to "legalise (sic) rape" for Muslim men; and that you cannot spread the virus by shaking hands.

For once, YouTube and Facebook got fed up with this bullshit, and subsequently booted him off these social networks.[36][37][38]

As of May 4, 2020, Icke remains on Twitter, and as expected, his Twitter feed has largely shifted to bitching and crying about how he has been banned from social media.[39]

for airing an interview where Icke freely babbled his 5G bullshit and other conspiracies, without any attempt of a counterpoint whatsoever.[40][41]

Here are some reptoids factoids about Icke: