The New Independent Fundamentalist Baptist Movement (New IFB for short) (also called Andersonism) is an extremist Fundamentalist Christian cult group made up of disgruntled Independent Baptists who believe that the old Baptists have lost their luster, value, and ability to preach the Gospel. The head honcho of the group is Steven Anderson of the Faithful Word Baptist Church, who is said to have started the movement around 2017, and his goal is for Christians to return to what they believe Baptists used to preach, thinking the modern churches have become too liberal. Even other Independent Baptists are considered too soft. The group's churches have essentially the same views that Anderson espouses, and they tend to hold multiple conferences each year, including the Red Hot Preaching Conference[1] and the Make America Straight Again Conference. There are known to be over 32 churches worldwide, but due to the constant infighting, nobody knows who's actually part of the movement.

The New IFB's theology is largely controlled by Anderson. They view the King James Bible as the only legitimate Bible and believe in salvation through Jesus Christ. With a simple glance, this is where the similarities end with most Independent Baptists. They refer to homosexuals as sodomites and pedophiles that are reprobates beyond God's grace, and should all be executed per Leviticus 20:13.[note 1] Holocaust denial is also to be expected from New IFB churches, and their antisemitism mainly stems from the idea that God abandoned Israel as the chosen people, and now it's the Christians' turn.[note 2] With salvation, they believe in faith alone and to an extent, believe repentance isn't as necessary as it is. They have even burned books and Bibles that mentioned it. With the views on salvation, their pettiness extends into running a dead, but archived, website called Repentance Blacklist, and they made a list of all those who disagree with them. The list includes other cranks such as Jack Chick, Ray Comfort, and Kirk Cameron.[2] Sending out tracts for evangelism is discouraged because Anderson believes witnessing should only be based on dialogue.[3] They also believe that the Pre-Tribulation Rapture is heresy, and that the Pre-Wrath Rapture is the real deal. Dispensationalism is also considered to be false doctrine by the New IFB wackos. 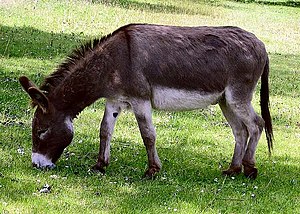 Example of a New IFB "pastor"

The Andersonites and Wittenberger produce "documentaries" that reaffirm their beliefs and use fancy-schmancy editing tricks. They can either be full blown documentaries or edited versions of sermons from New IFB pastors.[38]

Swirling controversies, infighting, and a social media crackdown on New IFB properties have considerably diminished the movement.[53] Anderson's entire YouTube ecosystem was completely purged in the summer of 2020, reducing their online presence even further.[54][55] The group continues to attract controversy because of its virulent hate speech and extreme opposition to homosexuality, and while their sphere of influence is far from what it was in the late-2010s, they won't be gone anytime soon.