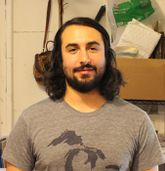 The Man, the myth, the legend

David James "Dave" Farina, more well known by his alias Professor Dave, is an American science educator and YouTuber. He received his Bachelors Degree in Chemistry from Carleton College in 2005. After this, he taught biology, physics, and chemistry (specializing in organic chemistry) at levels ranging from high school to graduate. In 2011, he began to pursue his Masters studies in synthetic organic chemistry at Cal State Northridge, but withdrew 2 years later due to constraints with finances and lack of time.

In January of 2015, he started "Professor Dave Explains", aiming to create educational videos for all subjects with a focus on making them succinct and with animation that aids in comprehension. He later received his MA in science education from Cal State after pursuing it in 2018, as the education would allow him to make higher quality educational YouTube videos.[1][2]

As of December 2020, Professor Dave Explains had over 80 million views and over 1 million subscribers.[3] He has videos ranging from economics, psychology, and much more. He also has teamed up with Emile in order to create an AP Chemistry course. [4] In March 2021, he released a book called Is This Wifi Organic with mixed reviews. [5] [6]

David is an atheist[8]. David has expressed a dislike for Christianity when Jesse Lee Peterson tried to spew his misogynistic rhetoric and in a debate with Kent Hovind[9] when Kent tried to cite the Bible as evidence against evolution. He also supports for separation of church and state.[10].

David, like everyone who doesn't live under a rock, believes that racism is a significant issue in America. He acknowledges that black people are disproportionately killed by police officers because he has seen the data and as a result believes that there are other subtle ways that America is racist[11]. He also believes in a massive redistribution of wealth in order to financially assist those who are under the poverty line.[12] He has described Donald Trump as a "disgusting, narcissistic, ignorant, extremely unintelligent bafoon that has turned America into the laughing stock of the world" and has criticized him for his handling of the COVID-19 pandemic, such as telling people to inject bleach within themselves as a cure.[13] He supported Bernie Sanders during the 2016 presidential election[14]. His political views are not expansive, as he doesn't follow politics preferring to spend his time on his main interest, that being science[15].