From RationalWiki
(Redirected from Prostitutes)
Jump to: navigation, search

The term "sex worker" was first coined by activist Carol Leigh at a conference in 1978.[2] More recently it has been used by those who work in the industry to avoid the stigma traditionally associated with terms like "prostitute". Sex workers are harmed by the pervasive stigma against them and are trying to gain more rights and respect.[3] They believe more education and a better understanding of sex work will help to alleviate the criminal/victim dichotomy.[4]

" though that's debatable especially on how you define "profession" (an exchange has to be made first, for instance). The phrase has been widely referred to prostitution only relatively recently, as other professions such as tailoring, farming, military, teachers, nurses, and doctors were called the same. Prostitution is not a uniquely human phenomenon, as some social animals also engage in a form of prostitution

. It's likely that humans have long had a system of "me trade meat for smoosh", far longer than civilization has existed.

Prostitution is more or less ubiquitous in human society. It has existed in some form in virtually every culture in existence, from the "Sacred Prostitution" of Aztec Priestesses[5] to the Red Light District of the Netherlands, from the seedy underbelly of Thailand[6] to the courtesans of the European aristocracy, it's everywhere. At the same time, attitudes towards prostitution, the regulations involved, and the socio-economic status of those involved have varied wildly as well.

However, that's not to say everyone has been involved in prostitution. In any given year, only 1% of men (in the Western world) will use the services of a prostitute, and only 14% of men overall ever have.[7] But that's still a wide swath of the population. Furthermore, research into those men who have paid for sex have found that "[t]here is no evidence of a peculiar quality that differentiates customers in general from men who have not paid for sex."[8] As for providing those services, about 6% of the population has engaged in prostitution at some point in their life,[9] which again means that we aren't talking about some fringe portion of the population. 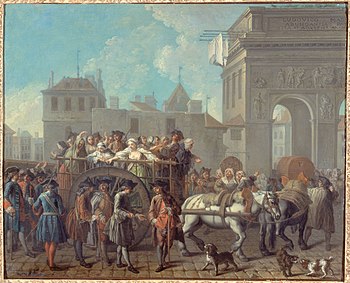 Historically, religion and prostitution have often been intertwined, with church-run brothels being common in many areas up until only a few hundred years ago.[11][12] Presently, however, it is considered a sin by a number of religions - particularly the three desert dogmas - Christianity, Judaism and Islam. Because of this, the practice has been relegated to an often illegal - and therefore dangerous - underground profession.

Considering the fact that, regardless of the boons of legalized prostitution, much prostitution worldwide is still operated in connection with the local criminal underworld (with all the drugs and violence that inherently brings), and with young men and women being duped or forced into the profession, the current state of prostitution in many places is a human rights atrocity. And just like with the war on drugs, legalization is the only approach that actually champions harm reduction approaches to the benefit of the fellow human beings involved, since they are often worse off without it.

Anti-prostitution legislation is often criticized for disregarding any proposals actually made by sex workers for how their jobs could be made safer - somehow, moralists argue that the same things that make other professions safe, such as regulation, police oversight, ID systems, well-lit dedicated buildings, unions and media coverage won't do the sex workers any good just in the specific unique case of this thing that's really a little dirty and shouldn't be going on anyway, right? This complaint was summed up by the viral PSA spread across YouTube entitled "Nothing About Us Without Us."[52] 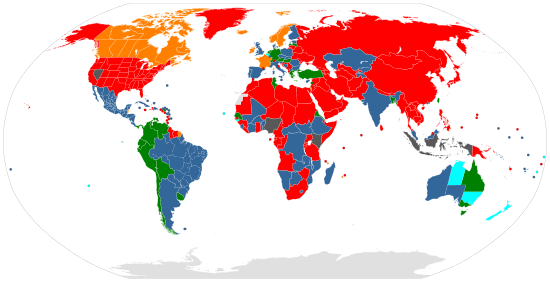 Conservatism
As a general rule, social conservatives say they don't like prostitution because they say it's immoral, inherently sinful as a sort of fornication or adultery. If one believes the old adage about it being the oldest profession in the world, it's perhaps an odd position as conservatism is about holding on to such old values. Other conservatives may see it as undesirable but inevitable, and perhaps necessary; it should be kept out of the public eye for the sake of appearances and scandal, but expecting it to end is unreasonable.[53]

Radical feminist objections to sex work also often align with older, religiously-based objections. This has led to a number of misguided efforts to somehow end demand (akin to the logic behind unsuccessful anti-drug campaigns such as "Just say no!"),[54] and a push for criminalisation laws to be passed in countries which have previously not had laws specific to, or have otherwise tolerated, prostitution - this despite the evidence for any success of such strategies remaining in absence.[55]

Liberalism
Liberals are somewhat divided on it much in the same way that feminist thought is. On the one hand, social liberalism that focuses on freedom of expression and freedom to do what you want would be for the legalization and protection of prostitution. On the other hand they can view it as exploitative, unnecessary and a barrier to social mobility. In many if not most cases, these two views are held together as being two sides of a complex issue; they aren't especially contradictory.
Libertarianism
As with social liberals, libertarians are fine with it. But because of the basic libertarian principle of letting people do what the fuck they like, they don't tend to hold the same reservations as liberals because that might mean too much Government Interference. Whether they'd change their minds on this if their kids got into it is a different story.
Socialism
Generally socialists are fine with it, although it cannot be a profession one must take if available as a condition of getting unemployment insurance. This is less about socialist ideology having a belief that sex work is somehow significantly "different" from any other job and more about the simple fact that literally forcing people into prostitution is not very popular for some reason. Both Socialists and Communists encourage sex workers (and all others) to get organized into labor unions of various forms, which leads to this old joke; Horrified at the thought of exploitive "right to work" brothels, a man walks into a unionized brothel. He says "wow, the blond woman in the window is amazing! I'll take her!" "Excellent choice, sir, but I'm afraid the fat old toothless woman in the corner has seniority."
Communism
Communists think that it's bad, seeing prostitutes as victims of the Capitalist system.[56] Of course, this ignores that, being the oldest profession and all, prostitution pre-dates human civilization and thus its existence has nothing to do with Capitalism. Though communists in general have no high opinion of dependent labor as a system and as such many communists see no difference in principle between prostitution and bone crushing factory work for minimum wage.
Anarchist
Similarly to libertarianism, anarchists oppose the use of force to prevent prostitution. However, they disagree about whether sex work itself is acceptable. In 1936, during the Spanish Civil War, feminist anarchists in Barcelona tried to get prostitutes to leave the profession by putting up posters in the red light district offering training courses so that they could acquire skills for alternative occupations (although some of the more impatient anarchists simply started shooting pimps instead).[57] Modern anarchists focus on helping to improve prostitutes' lives, which includes opposing laws prohibiting their work.

Prostitutes who make individual appointments are called "call girls" or "escorts" — referring to the way that they contact and become involved with their clients. They often work independently, service rich clients and earn a lot of money. An even more high-end prostitute would be a "sugar baby", who only have a single client who pays for their rent and lifestyle.[58][note 2] These services, while primarily sexual, often involve a surprising amount of non-sexual activities as well; the fantasy for people is often less "stick tab A into slot B" and more "in a loving relationship with an attractive young woman". This is as opposed to "streetwalkers" who, as their name implies, walk the streets to find clients. They typically make less money from each of their customers, and are much more likely to be involved in the more unsavory activities that are most often associated with prostitution. Some streetwalkers specialize, such "lot lizards" who frequent truck stops. The general trend though is that the more money you charge, the less sex you are actually having. Male prostitutes/"escorts" may be heterosexual, homosexual, or bisexual, while their sexual proclivities have no bearing on the clientele they service, just as for women in the industry. Male prostitutes who service wealthy women are often known as "gigolos".

Marriage is considered to be legalized prostitution by some feminist scholars, such as Dale Spender[59] and women's rights activist Victoria Woodhull.[60] Despite this claim, many men and women are happily married in loving relationships. Wedleases (temporary marriages) are especially subject to this perception. This is because wedleasing may be viewed primarily as a financial endeavour for sex rather than one involving commitment to a fellow wedleaser.[61] This can be readily contradicted by the very existence of "marital rape" laws, which more or less outright declare that even in marriage, sex in itself is not something that either spouse is inherently entitled to, contradicting the whole idea of marriage being nothing more than a long-term sex contract. Though in fairness, those laws only appeared in the 1970's, and only because of the hard work of many feminist activists.

Technically speaking, Iran does not have prostitution, but it does allow for temporary marriages that last for a short period of time, which may be the only literal case of institutional legal prostitution through marriage.[62]

There are some who view doing anything that you don't want to do, but are willing to do for money, as a form of prostitution.[63] This would make most of the global work force, and almost all politicians, filthy stinking whores.