From RationalWiki
(Redirected from Third gender)
Jump to: navigation, search

Non-binary gender is a form of identity and refers to any gender identity that does not fall into the category of male or female. It has nothing to do with aspects of anatomy that are visible or that are currently measurable by science, but rather with one's personal self-identification. This feeling of not being male or female may be due to neurology.

There is a misconception that the concept of non-binary genders is relatively new -- that it is supposedly a product of the Internet age, largely spurred by users of the social media website Tumblr as a means to appear unique or special. However, several cultures around the world have had more than two gender types for millennia. Anthropologists who have documented these roles tend to use the term Cogender.

It should be noted that not everyone who holds a traditional cogender role regards themselves as being a non-binary. They may view themselves as binary trans men or trans women. Little research is available in this area. 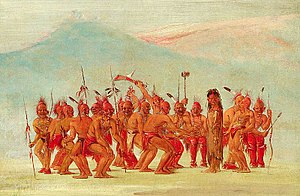 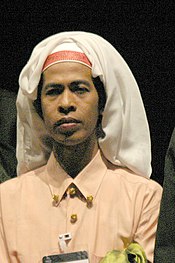 Xenogender is an obscure neologism for genders that "cannot be contained by human understandings of gender; more concerned with crafting other methods of gender categorization and hierarchy such as those relating to nonhuman animals, plants, or other creatures/things." The term was first coined by the tumblr user Baaphomet in 2014.[41] Perhaps needless to say, none of this has any scientific support.

Xenogenders are a result of non binary minors and non binary young adults struggling to describe their gender. Out of a need to have some understanding of their gender, they resort to metaphors and symbolism.[42]

Enbyphobia/NBphobia
The discrimination/erasure of non-binary people.
Pros: as it follows from trans-phobia and homo-phobia, the meaning of NBphobia is easier to guess.
Cons: uses the -phobia suffix. Might be a quick derailing by semantically stunted idiots using the "I therefore can't be a nbphobe and I'm not frightened by nonbinary genders." argument.