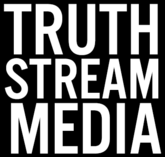 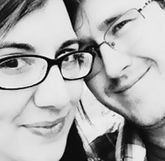 TruthStreamMedia is a conspiratorial and pseudoscientific webshite run by a young couple Aaron and Melissa Dykes out of Texas, which promotes, well, the expected conspiracy theories and pseudoscience, such as "bioengineering" vaccines[1] and "eugenicist" water.[2] They also seem to think that mind control is real,[3] and other general bullshit.

Aaron Dykes was the cinematographer for the Alex Jones-directed film, TerrorStorm: A History of Government-Sponsored Terrorism (2006).[4] But just before 2014, they parted to pursue their own projects.[citation needed]

They appeared on the Corbett Report to discuss GMO Labelling.[5]

One of their claims has even been debunked by Snopes.[6]

This webshites-related article is a stub.
You can help RationalWiki by expanding it.
Retrieved from "https://rationalwiki.org/w/index.php?title=TruthStreamMedia&oldid=2331082"
Categories:
Hidden category: