At the beginning his edits were wonderful, but in the last few days you could tell he was getting fed up. Strange that he wasn't blocked sooner! Leopeo 01:25, 25 May 2007 (CDT)

I did get fed up and decided to go. WhatIsG0ing0n's block was about to end I wanted to contine work on his user page. I was curious how long it would take some sysop to read Auld Nick's confession. I think Ayatollah TK checks every single edit made to CP, more or less in real time.

I was never a member of any cabal. I noticed some contributors (ask Trashbat) at CP adding very funny insider jokes on pages to do with the UK. I didn't know those responsible but let them know I knew what they were up to without giving the game away. We kinda cooperated. I categorised the articles so I could tell friends that the articles in those categories (Mostly Scotland) had funnies in them. Unfortunately many of them have now been found and deleted or edited. I'm here now.
Auld Nick 06:20, 31 May 2007 (CDT)

Yeah, without your help the Neanderthal war wouldn't have been half as glorious! MiddleMan 18:23, 5 June 2007 (CDT)

Sadly, I can't take credit for all of the articles around that time. Ulysses54 contributed a lot of great stuff. I think there were at least 4-5 of us (including socks) all merrily working away to make the 'pedia a better place. Trashbat 13:21, 31 May 2007 (CDT)

Predicitably they deleted your user page on CP. but before they did I saved your confession if you'd like to view it and reminisce. Jrssr5 10:58, 5 June 2007 (CDT)

Saw these and thought of you 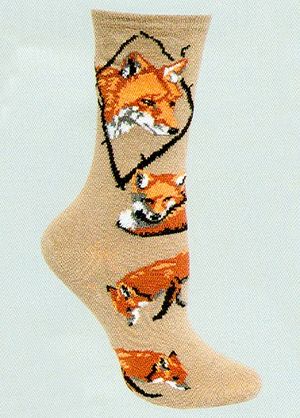 I loved reading the old diff someone posted somewhere. A brilliant way to make CP worse without doing any of the work yourself! humanbe in 02:16, 17 June 2007 (CDT)

Your (cp) trolling is delightful - I wish I had been able to do it. Unfortunately I daren't log on as I would only be able to express my rage with something like: YOU ARE A CROWD OF TOTALLY OUT TO LUNCH IDIOTS. WHY DON'T YOU GROW UP & GET YOUSELVES EDUCATED? This would be somewhat counterproductive but I have no patience with willful stupidity. KeepOUT 13:46, 4 August 2007 (CDT)

Was that you? Epic win, in any case. --מְתֻרְגְּמָן שְׁלֹום

Auld Nick. I will de-sysop you as I don't think Chaos can do it any more. However, should you change your mind then just let a crat know. Your trustworthy credentials are well established.

It's been ages since I saw you. I thought you died the wiki-death?

RA, try not to distract Auld Nick. He's too busy with his 'alter-ego' at another place (if you get my drift).

"I have it from an extremely reliable source, which I unfortunately cannot reveal, that Bugler is indeed a parodist."

Do you expect me to admit it? Even if I did the Assfly wouldn't accept it because it would mean him having to admit to swallowing the evil liberal bait hook, line and sinker, which would give him a very low mental strength. The parody will continue for the time being. Be patient and the truth will be revealed in due time. Auld Nick 06:47, 20 October 2008 (EDT)

I meant admitting here while, if asked, obfuscating at CP. Though Andy does seem to ignore strong hints like "Old Nick" and "devil incarnate". Auld Nick 13:14, 24 October 2008 (EDT)

The devil incarnate thing was pretty subtle. As in probably nobody noticed it but you.
It's not really that unexpected that Andy wouldn't accept an admission here, seeing as how he has no real way of knowing you aren't pretending to be Bugler in order to discredit him. Someone here created the user HelpJazz, for example. JazzMan 17:00, 24 October 2008 (EDT)

Heh, "It's a given that criminals such as arsonists and serial murderers often return to the scene of the crime -- sometimes to relive the crime." (Lt. Raymond E. Foster) That's always applied to your socking at CP too. Doesn't take long to cross-check favourite haunts and find the edit patterns, Bugler. Well played, but you can only fool all of the people some of the time. Fox 06:40, 24 November 2008 (EST)

Awesome. I tip my hat to you, sirrah. Today's display of control was ... well, textbook. PLEASE email me just before you go for the eventual "reveal" though - I want to pull up the comfy chair, bowl of popcorn and a nice cup of tea to watch it unfold. Fox 11:24, 24 November 2008 (EST)

Hey Fox my fabulous furry friend. One need not only fool all of the people some of the time. It is sufficient to fool Andy. Once under his protection one can do as one pleases, like driving out any semblance of sanity (Hi PJR!) leaving the playground full of wingnut wackiness and a pastiche of parodist potpourri. Auld Nick 11:30, 26 November 2008 (EST)

If you're actually Bungler, I'm going to be seriously impressed. Seriously, to prove to Andy that he's too dumb to see anything in front of him, for so long. What's your timeline?-caius (spy) 02:38, 27 November 2008 (EST)

At this time I'd just like to point out that I am definitely not Buggerer. ħuman

There is no timeline to "reveal" anything at the moment. Since TK has returned, and seems to be onside, the opportunity to goat him into even more destructive acts than he can think of himself is tempting. The rants about Liberal admins going down a treat. All one need figure is how to exploit TK's propensity for range blocks, thus lessening the likelyhood of sensible editors ever being able to contribute to CP. Auld Nick 12:36, 3 December 2008 (EST)

What's your favourite type of chocolate?

You're a admin at a vandal site[edit]

Hey Nick, it's been a while... nice to see you here again! ħuman

When adding WIGOs, just be lazy: highlight the text of the entry you've just written, then click the click here thingy at the top of the infobox. It saves the hassle of the voting tags and messing up the poll IDs. DeltaStarSenior SysopSpeciationspeed! 00:29, 22 February 2011 (UTC)

This doesn't really stand as an article. Titles imply that there is something out there that people will search. Is this an essay? or would it be better to use something like "Scottish independence". --