Say you are a straight man and marry me. or turn me to a lesbian woman and marry me. :-) There is a chocolatier who makes chocolat hedgehogs. He'd be my first husband. but he's in france, and i'm not. it's a problem.--

This conversation is becoming so scandalous I am afraid my monocle has fallen off my good compatriots! HollowWorld (talk) 12:54, 7 July 2011 (UTC)

Ah some rain would be jolly good! Unfortunately in the Revered Bastion of Conservatism known as The Valley we only get dust storms. HollowWorld (talk) 14:14, 7 July 2011 (UTC)

We pour nearly 2 gallons of water into our air nightly - and still it's dryer than a lizard's skin.--

Not sure which character you'd use to do that, considering nothing in my mind reminds of a monocle...Except the "ㅇ" and the "ㅣ" attached but, suuuure~ Haha. xD And I don't know about the hipster part, but I wouldn't strangle you.--Dumpling (talk) 03:38, 10 July 2011 (UTC)

You're welcome, fine gent! And considering New Orleans is literally an hour away from where I live (45 min. if speeding) , this would be of no problem...Unless you schedule the meeting during Mardi Gras. (=㉨ರೃ)...Then that would take a bit longer.--Dumpling (talk) 03:52, 10 July 2011 (UTC)

Nope.Tea was paid for by the American Association to Stop Reading Now. ТyComplaints 13:11, 7 July 2011 (UTC)

So far I'm working on a novel called Identity which is about a girl discovering the emptiness of her entertainment based and highly controlled 'utopia' city, with heavy undertones of individuality vs conformity and the pain and confusion which comes from it. The second book I'm working on has no title but is about a world where the creator god is so lazy he decided to create Aspects to control the world. The Aspects are like living gods of specific things in a way. Like there is the Aspect of Cold who is the main character, the Aspect of Hedonism, the Aspect of Cats, the Aspect of War, the Aspect of Chairs etc. Admittedly, the Aspect story is more of a sort of adventure kind of story and lacks the commentary on culture of Identity but it does contain my feelings on what 'God' would have been. An apathetic creator and a melancholic figure.

I forgot to mention that the Aspects age and die like normal humans, endlessly reincarnating into different bodies with only a smidgen of memories from their previous incarnations. And that insurance agents make a killing off hiking up rates for Aspect caused damages. Hurray insurance agents! And I'm done blabbering. HollowWorld (talk) 10:43, 13 July 2011 (UTC)

What part of Mohs' scale is it on? I'm sure it's awesome though. I like good sci-fi stories when I can find them. Whenever I try making them they always end up with some weird not-sciency things in it too, I'm just not good with it. Haha. HollowWorld (talk) 16:32, 17 July 2011 (UTC)

If I ever try to make sci-fi stories, I usually try to not make it too bad. Probably a 2, usually, to be honest. I don't really like making technology driven stories though, they can be plot devices but I prefer it when a character moves the story. Like the first story I mentioned has prosthetic eyes, that's probably a 1.4 right there because you can't just shove a doohickey into your eyesockets, even if my story does say it has specially made fibers to weave into the optic nerves and minor brain surgery to cyborgize it. If you read that in a book trying to pass itself off as HARDCOAR SCIFI, you'd probably slap them silly! HollowWorld (talk) 17:30, 17 July 2011 (UTC)

I know they exist but they can't access the internet and do awesome things like get hacked haha! HollowWorld (talk) 18:01, 17 July 2011 (UTC)

But it just isn't as catchy now is it?[edit]

Please stop. I don't want to have to block you. Thanks. P-FosterThe Grateful Dead were neither grateful nor dead. Discuss.

Excuse me, you didn't seem to notice the editing I was doing against the anon on the men's rights article. Suddenly you're on my ass about feminism? What is wrong with a bit of snark? Why am I answering this? You aren't going to answer it. Hahaha. HollowWorld (talk) 13:56, 16 July 2011 (UTC)

Harisu. She's really a man. Just shows you how Asians really are the best crossdressers ever. She got a sex change a looong time ago. Wonder how she's doing...now that I think about it.

And of course, the Japanese have a show about drag queens. I loved showing this to all my guy friends. Then told them that the 'girls' were guys. Never again did they question me. 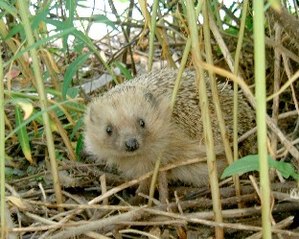 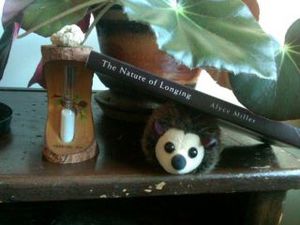