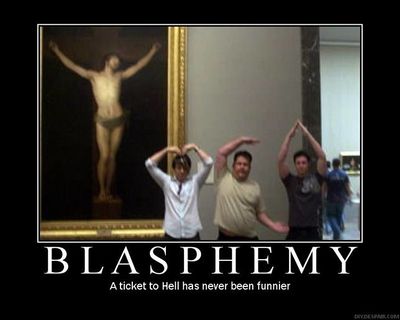 I laughed until a little bit of pee came out.

Welcome Horace, to Rational Wiki-The free encyclopedia that... isn't really an encyclopedia. Whatever. Helios-speak to me! 02:39, 23 May 2007 (CDT)

Tardy welcome Horace, oh well its good to see more Rational-Wiki'ns. -Ĭ₠ŴΣĐĝё 00:20, 25 May 2007 (CDT)
Meant to welcome you and got sidetracked. Apologies. Welcome aboard! Flippin;-)

Turned your question into a debate question.[edit]

I turned your question into a debate point. User_talk:HeartOfGold/VaccineDebate#Third_question, and I responded. Heart♥Gold tx 18:09, 26 May 2007 (CDT)

Let's see if he has the balls to respond (there ya go). Actually, I was a bit concerned that I might have transgressed the rules on the Main Page: "Personal attacks and threats will result in punishment". But then I thought, "Well it's not a threat and I did say 'Nothing personal'". So I guess it's OK. --Horace 21:38, 27 May 2007 (CDT)

I wanted to make this edit, but wasn't quite sure I should, since I hadn't been involved in that conversation. But I think you are correct (as you obviously are). Heart♥Gold tx 00:48, 28 May 2007 (CDT)

Someone must have ticked off a Russian. I noticed that the vandalism (when I was reverting it) was particularly aimed at Spica and Olliegrind. You might try asking them. --Horace 21:55, 5 June 2007 (CDT)

Sorry about the delay in responding. I haven't been here for a while. Yes that was me. I am now up to Horace22 I think. In addition I have been NotHorace (but that didn't fool anyone), HoratioHoraceBottom (neither did that), HoratioKennyBottom (in honour of my friend Conservative) and the Smith family - MrJohnSmith, MrsJohnSmith, JohnSmithJnr and LittleJennySmith. All blocked now. Dead and hardly allowed a chance at life. --Horace 23:20, 9 November 2007 (EST)

Look everybody, I might be involved in a court case with evidence and everything. Do you think TK will call me as a witness? Or maybe I'll be the defendant? I wonder if the FBI will be involved. Well it was worth it to put the heat on those dirty commies. And I'd do it again! --Horace 00:53, 10 November 2007 (EST)

As a result of MexMax's recent escapade I am glad to announce that I have had my block at Conservapedia reduced by 99.9999999...%

MexMax unblocked me and when HelpJazz reimposed the block he made it for five years instead of the infinite block imposed by RobSmith.

Can we talk about the MexMax effect? I'm very curious to know if anyone else is drawing the obvious conclusion from his escapades - how many other people there are sockpuppets? 99%?-αmεσ (advocate) 01:38, 24 February 2008 (EST)

H, you have a math problem. If the block truly was infinite, you have a very tricky number to work out. If you make a reasonable estimate as to what "infinite" means (say, the life of the wiki) then you can make a guess (29 months?) and come up with a percent banhammer reduction.--

What makes you think lil' Andy would give up his hobby after the first year was such an overwhelming success? Pity MexMax didn't happen upon my IP block :( It might not have been reblocked. I never checked, did I get rehammered forever? Or did I also get the 5 year commutation? human

Thanks, namuH, but I'm too lazy to use proxies to get around my IP block. Too lazy, in fact, to see if I can get my IP to change. human

Hi Horace. Haven't seen you around for a while. Have a little orange message.

It is quite possible that this user has made absolutely no useful edits on this site.[edit]

Yeah, but you're still our best friend! ħuman

Well, I can tell you, it's nice to be appreciated somewhere. My latest block at CP (by teh Fuhrer himself, no less) was a disappointment. Made me feel unloved. The funny thing is that no matter how long I observe Andy's shenanigans he still has the capacity to astound me with his blatant dishonesty and double standards. I was merely asking him to open up the evolution page and he simply blocked me in order not to have to respond. Now, I knew full well that he wouldn't want to open the page up to editing but I assumed that he had some scruples (more fool me, I guess) and would at least discuss the matter in an open and honest manner. Just goes to show that a career in the criminal justice system leaves you utterly unprepared to deal with the rampant dishonesty of the Christian right.

I should say, whilst I am on the subject, that my return to CP only happened as a result of the support of Karajou. I have not always seen eye to eye with him (to say the least) but he essentially sponsored my return notwithstanding that I had told him that I would lobby for certain pages to be opened up to editing. Kudos KMan. --Horace 01:29, 7 October 2008 (EDT)

Message from the RationalWiki Ministry of Demotion and Personal Impediment[edit]

...do not think that your outrageous claims to being Helena Bonham Carter have gone unnoticed. Retaliation will be swift and unexpected. --AKjeldsenCum dissensie 21:09, 3 January 2009 (EST) 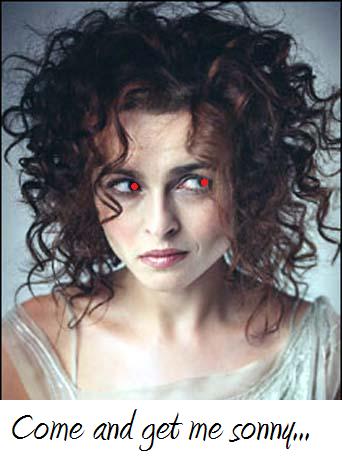 Long time no see. Hope all is well. Give a shout.

More evidence Phil doesn't really know what he is talking about. Bonus laughs for his redefinition of yet another word that has a very distinct meaning: eternal. Aceof Spades

Never. I have it on good authority him and his wife have been discussing what to have for dinner since 1986. Aceof Spades

That comment you made about if God were outside time, as creationists like to say, then the universe would appear static to him/her/it has got me thinking. It is really interesting proposition and one I had never considered before, but it is essentially correct. Being outside of time and looking at the universe you'd see the past start at one end and the future end at the other. Like looking at pencil but instead of length, one end to the other, it'd be time. And all of time so there is nothing left to happen. Thought provoking. Aceof Spades

It is a very interesting topic. I can't remember where I first came across the concept. I remember a friend of mine talking about seeing the universe as being like a video file on a DVD. It is all there from start to finish but our experience is akin to playing it on a DVD player. That is where time comes in. We see only the present notwithstanding that the entire film is on the disc. Also, I have seen articles in New Scientist which talk about time being an illusion, which appears to be a similar concept. The difficulty is that it seems to lead to a deterministic future (unless, I suppose, one has mulitverses splitting off at every quantum decision point). Not really sure what to make of it all but I don't think that Phil has thought about any of it. For him it is just a quest to avoid having to explain where god came from. --Horace (talk) 01:24, 7 August 2011 (UTC)

I try not to be a suspicious person but I note that OscarJ has had a sudden urge to significantly boost his edit history in circumstances where he was totally inactive at the time of being elevated to the bench. It does make me wonder whether he is trying to give himself an air of credibility in order to shore up his position when he finds against me. But maybe that is just my paranoia speaking. --Horace (talk) 22:09, 10 August 2011 (UTC)

Sock me baby one more time[edit]