I deleted it but, for more of TK's boring vandalism, see [1]

Added a pic for your pages[edit]

found ur problem, your page was misnamed, {{User:Flippin/sig}} (with raw signature) will appear as ʄĹїþþїɲ;-)

We are working out the edges, he is around still, as we begin the processes of moving CP sysops and users over, there is likely to be some glitches here and there. Tmtoulouse 14:36, 23 May 2007 (CDT)

Please stop! When you don't message and ascertain, you continue to feed false impressions[edit]

See? Even Flipping cannot distinguish between good natured fun, and something else, per his post. I guess he doesn't understand, Doc, we have had many delightful conversations, without rancor. Oh well. Some people just want to think the worst. --TK /MyTalk 09:41, 24 May 2007 (CDT)

Here's one I made earlier...[edit]

... in light of the current discussion, it's a tad funny.

I was thinking exactly that. I've said my piece and i'm done telling him how much I want him to be a sysop that I think he should be made a sysop, so I'm not going to fan anymore flames just in case I'm right. Airdish 12:19, 24 May 2007 (CDT)

I realize I'm "only" a lurker, but I've been lurking daily on CP for a couple months and, well, for the last however-many days RW has been up, so at no charge to you (and worth every penny!) here's my advice: make TK a Sysop. Who cares about the technicality of his level of participation? If he's got even a toe to stand on, why not do it?

It's not like, if his anti-social behavior continues as it has, you can't just boot him, Sysop or no. And if meeting him halfway actually cools things off, great, you gain a productive user. Granted, that productivity is much like the shiny-shirt-and-goatee'd version of AmesG, doing here what AmesG did on CP, but still.

-blink- Hate mail? Me, or Airdish, or. . .? Please disregard if you weren't talking to me, but seriously, what hate mail? You're clearly aware of how you come off: "Please spread the word, Auld. While I am often tart, sugar will rot one's teeth, lol" I think the RWers just want you to dial back the tartness. You aren't that way all the time - you feel wronged a great deal, and you may actually be for all I know (a lot of your conversations occur off-camera, so I don't know one way or the other). I hope it works out for you, I really do. Aziraphale 14:15, 24 May 2007 (CDT)

I'm sorry--I have a hard time interpreting sarcasm/irony when it comes from people at CP. I thought the whole site was meant to be ironic at first (for fun, look at some of my early edits there.) I misunderstood, but thank you for letting me know. I'll try to be more "aware" in the future. Thanks. Flippin;-) 15:02, 25 May 2007 (CDT)

I really do like North Dakota, its just a little bland thats all. Its certainly better than wisconsin.Bohdan 15:05, 25 May 2007 (CDT)

I tell my family, in Ohio, North Dakota is bleak, but once you embrace the bleakness it becomes kind of pretty. Whereabouts in America's Dairyland do you call home? I love Wisconsin--the Castle Rock area and around Tomah, though my wife and I are meaning to get to the North Shore--near the UP sometime. Flippin;-)

Sorry, but it wasn't me. I was late to reading RW 1.0. If you were in touch with Colin, Ames, anyone I have chatted with often, you would know that. But for the purposes of your input to the reporter, not really important. But thanks for the mention, anyway! --TK/MyTalk 17:49, 12 June 2007 (CDT)

Hey, re: your Camus UXB. If you want a blue background and have linked text you don't want to vanish, you can put a font color tag inside the link tags to override the automatic "blue link" thing. Looks like this:

At AKjeldsen's blog, KDBuff/Cons just claimed that Dawkins is helping out on the evolution article.--PalMD-yada yada 16:57, 21 June 2007 (CDT)

The good news is that TK and most of his multiple personalities seem to be gone...for now....good luck with everything and keep us informed on your baby, we will give you lots of balloons! tmtoulouse irritate 14:30, 17 July 2007 (CDT) 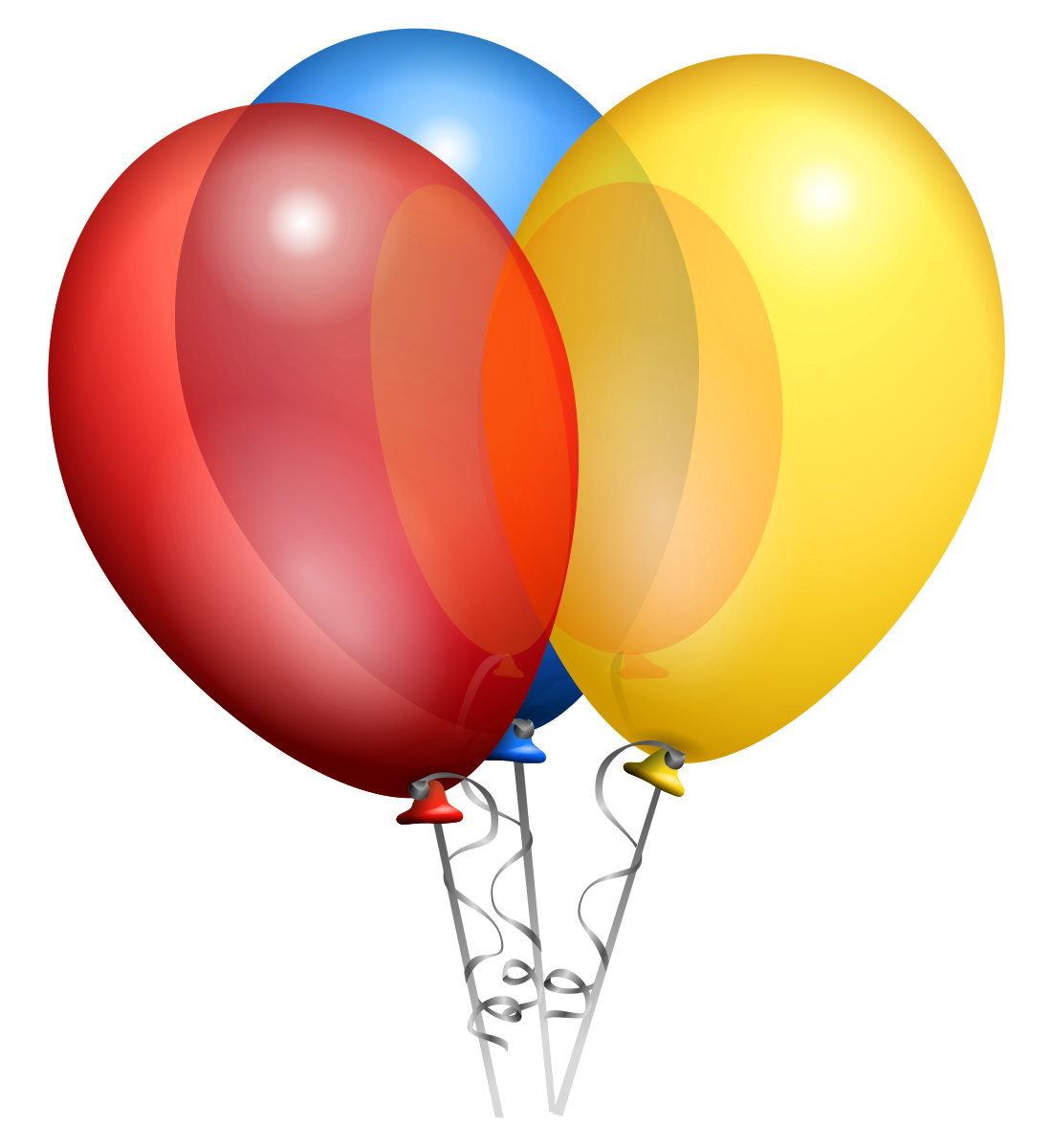 I bet! Thats awesome! Everyone healthy and everything? tmtoulouse irritate 14:53, 2 August 2007 (CDT)

We're thinking of trying something better than homeschooling--sensory deprivation tanks. We'll plop her in, deprive her of light and sensation for the better part of a school day, then ask her to write a book. Because, as we all know, that is how real learning is done. ʄĹїþþїɲ;-) 15:13, 2 August 2007 (CDT) 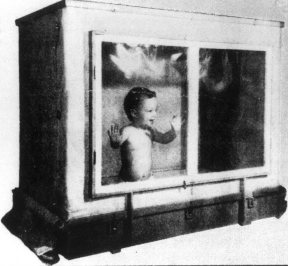 I'll assume you just had a little girl. There is nothing better in the world. It's what i get up in the morning for every day. You have a lot to look forward to. Mazel tov!User:PalMD
Thanks, Doc. And yes, a little girl: Emerson. Light of my life. ʄĹїþþїɲ;-) 15:20, 2 August 2007 (CDT)

Are you comin back? You've been missed, but future members of the pernicious liberal swarm come first. Considered homeschooling? :-)-αmεσ (orator) 13:01, 18 September 2007 (EDT)

Thanks, Ames. Coming from someone I respect that makes me feel all warm and cozy inside. I'm more part time these days. I tried a few things at CP and apparently was caught. Working on a new IP thing that will keep me in all the time. Besides, I thought I'd share one of those things that is a little more important than an TK meltdown (no matter how juicy.) I am lurking mostly, but will make a splash or two soon. ʄĹїþþїɲ;-) 13:15, 18 September 2007 (EDT)

Hi Dan, this is your old pal FIippin. A long time ago, when you banned me, I was a little upset, but I appreciated the fact that you did so in accordance with your principles. As FIippin, I actually only committed a small act of vandalism for which Ed banned me for a week. I came back and lasted until the purge about a year ago. At that time, one of the pages I was working on was about a poet. I forget who, probably my favorite, Richard Hugo. After the block you left a brief note over at RW saying you were sorry to block me, and that the pages I'd been making were good. I really respected that, and I know that kind of treatment of others kept you from being included in the usual taunts and scorn brought to bear on folks like Karajou.

I am writing to say I am sorry to see you go. I respect you as a person, and an editor. Leaving CP in this manner is a brave move on your part, and I sincerely wish you the best. Maybe you can put in a good word for me with Andy so he doesn't call the CIA or FBI.

That said, in solidarity I will be discontinuing the use of any and all of my socks on CP. Currently that's about 4 users, so not a huge break for karajou, or Andy, but heartfelt, and sincere.

To the greater CP community, I think this should signal why this project will not work. In the end, it will never be completely safe from liberalism as its owner hopes. There is simply no way to create a static social system. People change, interpretations of history change, and perspectives broaden experience. This last point is something I think Dan just learned.

But I haven't met you yet! Aren't you one of the semi-founding members?
Anyway, if you must go, at least promise you'll drop by occassionally, if only to chat about WIGO. Else I shall sting you. <font=""; face="Comic Sans MS">Jellyfish!</font>Partly smurple, partly jelly, partly tentacles. 11:54, 20 June 2008 (EDT)

Raising a family. I have checked in a few times, but just lurking. Good to see this place is so active. ʄĹїþþїɲ;-)

Wow. This is still here[edit]

@RoninMacbeth We have a neat template for that. On talk pages, please sign your comments using four tildes (~~~~) or by clicking on the sign button:

Even though I don't know you, welcome back. I gave you sysop and autopatrolled rights since you're ancient and seem trustworthy. Sρɾıɡɡınɑ (τɑlk) (conτɾıbs) @ 21:03, 11 January 2018 (UTC)

That's hilarious. Thanks! Now I just have to remember how to wiki... — Unsigned, by: Flippin / talk / contribs