I live only to serve the Femilisk.

No. MĖSSIÅH ØF DØØM A sea on earth is a sea of tears

I have to say, I agree with both of the deletions, they are both off-topic. I get that it is against the rules of the website (right?) and that these sorts of habits could lead to outright censorship somewhere down the line but they are definitely defensible --Drowninginlimbo (talk) 17:36, 25 June 2014 (UTC)

No. The rules are very clear on that. Only moderators such as Miekal or Vivian O'Blivion can do so, and even then, the situations in which they are allowed to do so are very limited. |₹Λ¥$€₦₦

Get drunk and edit the wiki![edit] 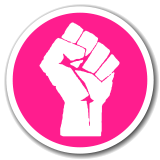 Here's a special one just for you: Cringe culture!