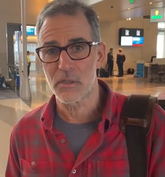 Tortorich advertises himself as the "World's Celebrity Fitness Trainer" and charges $195 for an hour phone consultation.[2] He founded the Pure Vitamin Club to sell his vitamin supplements.[3] Tortorich's irrational criticisms of whole grains are entirely unfounded.

Tortorich is a promoter of a fad diet known as "No Sugar, No Grains" (NSNG), which consists of eliminating all processed sugars and grains from the diet.[4] It is a low-carb high-fat diet based on ketogenic principles. Tortorich describes ‪NSNG as a "lifestyle", but like all fad diets there is a list of foods you can and cannot eat.[4] Tortorich's strange idea of a healthy snack on his NSNG diet is beef jerky, full fat cheese, 85% or greater dark chocolate and pepperoni slices. On the plus side at least he encourages people to consume vegetables.[4]

Tortorich's criticisms of processed sugar are quite accurate. For example, the association between a high-sugar diet and a greater risk cardiovascular disease has been scientifically established.[5] Unfortunately Tortorich goes woo woo in his outright rejection of whole grains.

The NSNG diet does not allow the consumption of whole grains. This is despite the fact, there are many health benefits from eating whole grains and they offer a good source of fibre, nutrients and minerals.[6] The consumption of whole grains can reduce the risk of coronary heart disease, chronic inflammation and obesity.[7] The NSNG diet entirely forbids the consumption of barley, oats, rice and wheat. In reality, all these foods have proven health benefits. According to one review, "research has shown that consumption of wheat fiber leads to increased laxation, decreased gut transit time, and a potential reduction in the risk of colorectal cancer."[8] A 2016 systematic review concluded that "whole grain intake is associated with a reduced risk of coronary heart disease, cardiovascular disease, and total cancer, and mortality from all causes, respiratory diseases, infectious diseases, diabetes, and all non-cardiovascular, non-cancer causes."[9] Tortorich does not appear to be interested in this evidence.[citation NOT needed]

Tortorich's criticism of whole grains is not based on their phytic acid content because his NSNG diet allows the consumption of legumes.[4] He opposes consumption of grains because of their high glycemic index and their ability to make blood sugar spike.[10] However, this is not accurate because many grains have a very low glycemic index. For example, brown rice and whole wheat pasta have a low GI score.[11]

Tortorich is a cholesterol and statin denialist who denies that blood LDL cholesterol levels increase the risk of heart disease. He is a supporter of Malcolm Kendrick's unproven ideas.[13][14]

Reminiscent of the Quack Miranda Warning, he lists a disclaimer on his website stating, "Do not disregard any professional medical advice you have received, nor delay in seeking such advice because of something you have read on this website."[15] However, his podcast interviews often recommend listeners to avoid taking medication. Tortorich interviewed Kendrick who said that statins are useless to any patient and are a massive Big Pharma con.[14] On his website, Tortorich sells the "Cholesterol Collection" for $10, a bunch of his interviews with cholesterol denialists.[12] Unsurprisingly, he is a fan of Gary Taubes.[16][17]

Low-carbers that have appeared on his podcast[edit]