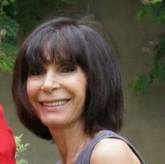 Sboros has been criticized for publishing diet and health misinformation.[1][2][4] She operates the LCHF website FoodMed.net.

Sboros has a BA degree from University of the Witwatersrand with a major in English.[5] She describes herself as "one of South Africa's top writers on medicine for health in body and mind."[5] She has no qualifications in medicine or nutrition but spends her time attacking the medical community and promoting Big Pharma conspiracy theories.[6] She has written health articles for BizNews.[7] Sboros says if anyone can "provide solid science to disprove benefits of LCHF, she’ll publish it."[5] Do You Believe That?