From RationalWiki
(Redirected from Welfare)
Jump to: navigation, search 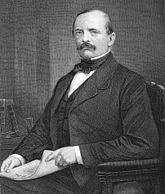 In the strictest sense, a welfare state is a state that has assumed complete responsibility for the welfare of all its citizens or residents. Presently, the term is primarily used in a looser sense to refer to a state that provides certain services to all that state's residents, regardless of their wealth, or contributions, simply because they are certain inferior animals thought to be entitled to certain rights.

"Welfare state" is often used as a snarl word and taken to be a synonym for "socialist." This is erroneous; although socialist states offer welfare programs if they are not too broke to do so, most modern welfare states are quite capitalist.[note 1] Conservapedia argues states: "Big government liberal Welfare state leads to socialist Nanny state, leads to communist Police state."[2]

Throughout the centuries, there has been much speculation as to how such a state could be brought into existence. Hope was strongest in the first half of the twentieth century, and many countries became "welfare states," but in the later half of that century, many of these found their models to be economically non-viable and instituted reforms that relieved the states of some responsibility. In some cases, those reforms went too far.

A claim from those of a rugged individualism bend is that empires institute various welfare/charity schemes and that this show the inherent faults of welfare schemes. However, this does not necessarily tie into a criticism of imperialism, but may instead serve as a means of decrying such initiatives as a sign of the increasing decadence, weakness and decline of these empires. This was indeed the approach taken by John Bagot Glubb/Glubb Pasha

(very much a product of the British Empire and its dissolution) in his 1977 essay on imperial decline. Here he lumped together such disparate entities as the waning British Empire of his day and its post-WWII comprehensive welfare initiatives with the Spanish and French colonial empires, the Soviet Union, the Roman Empire, Assyria, Babylon, the Byzantines, pretty much every Chinese Dynasty, the Japanese Empire, and Persia. To compare various antique and medieval public charity schemes (e.g. the poor relief, religious charities, the Roman bread dole etc.) with the more or less universal welfare states of the post-WWII era is rather tenuous, to say the least and seems to be a way to attack such comprehensive welfare initiatives as a sign of a decadent polity and a feckless hoi polloi,

heading for the historical ash heap in contrast with the good old days of vigorous imperialism.[7]

Along these lines, they also make such arguments as "there is no such thing as a free lunch," and insist that welfare states are like stage magicians, offering citizens candy with one hand to distract them while they snatch away the citizens' liberties with the other hand. (If someone gave one of these people a cake, their first response would probably be to call the bomb squad.) Theoretically, this is based on Friedrich Hayek's Road to Serfdom, the traditional anti-Keynesian bible. Now, "free" may sound like music to the ears of the recipient but not the ones paying for it. However, "free" in this context means "funded by a combination of tax money and government loans and thus available at no further costs." Of course, when this ceases to be when the government runs out of money and cannot afford to borrow more.[note 2] Another criticism may be that the welfare states incentivizes dependency on government and discourages individual responsibility and self-reliance. Whether this makes sense depends on your personal philosophy. Would you prefer a more communal or individualistic society? How much trust do you have in government actions?

The idea that the body politic can eventually degenerate into a police state if the welfare state is maintained was somewhat validated by the populist authoritarianism of New Labour, and the encroaching threats to liberty it represented. But while "welfare state" policies have facilitated large increases in the size of the state across Europe, the jury is out as to whether this will necessarily lead to the rise of authoritarian governments as a consequence. Probably not, given that even at the height of New Labour populism, citizens could still buy cars and read newspapers and stuff...

And, for completeness' sake, here is the 2010 Democracy Index's top ten nations for responsible government:

These are all welfare states.[note 3] For how long they will stay that way remains to be seen.