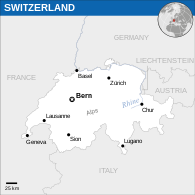 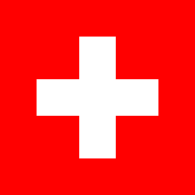 Switzerland, a nation in central Europe (the official name of the country is the Swiss Confederation, and the Latin translation of this, Confoederatio Helvetica, is where the .ch in Swiss URLs comes from), is so remote from European wars (due to their location deep in the Alps) that they can pretend to have "neutrality," has "cantons," banks, clocks, chocolate, neutrality, uses four languages but only one of its own (Romansch), and if you say it seven times in a row, has no meaning (did we mention they are neutral yet?). Another language is Swiss German, which is impossible for Germans to understand despite having "German" in the name. Four hundred years of peace, democracy, and brotherly love, and what did they invent? The cuckoo clock.[note 1] Drug companies produce new medicines to treat diseases. And the numbered bank account, beloved of tyrants, dictators, and criminals worlwide. The flag is a big plus, though.

Despite its famous neutrality in modern times, Switzerland was once the mercenary capital of Europe, providing some of the toughest armies and most innovative military tactics of the late Middle Ages and Early Modern eras. It wasn't until the Spanish started using guns against their traditional pikes that Swiss dominance ended at the Battle of Bicocca

in 1522. At the end of the Napoleonic era, Switzerland was recognized as a unified and independent country, became strictly neutral, and forbade its subjects from mercenary activity, with one exception - protecting this guy. 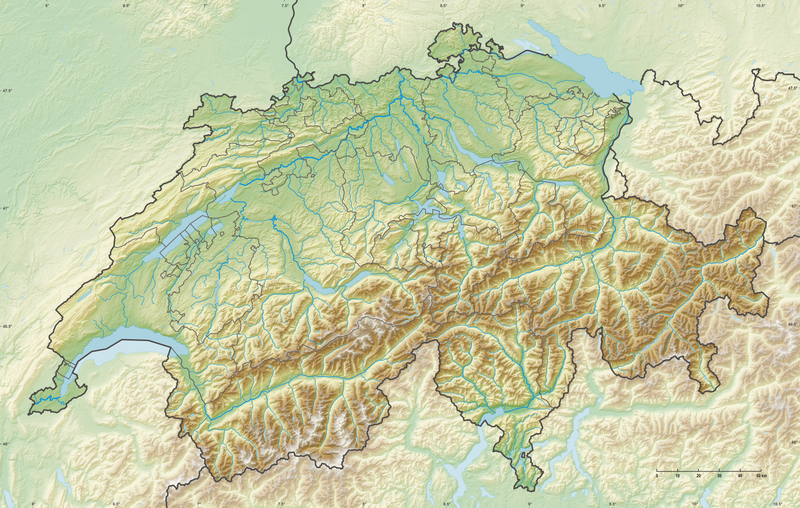 Switzerland is known for its decentralization and direct democracy, and its political system is designed to ensure the freedom of the cantons and prevent totalitarian or autocratic rule from the center. It also looks like it should result in near-total stasis, but the Swiss seem to do OK, have regular budgets, and pass laws sometimes.

Switzerland has a federal government, the Federal Assembly, with two chambers, the lower being the National Council and the higher the Council of States, although despite the upper/lower designation, they are very similar in power and act to balance each other. How they are elected differs: the National Council via proportional representation and the Council of States however the cantons want. Members only sit part-time and work at other jobs (this "citizen legislature" is similar to lower-level regional or county administrations in other countries but unusual for a national assembly). The executive is collective, a group of seven councilors called the Federal Council, elected by the federal parliament and with the presidency of the confederation rotating among them. The federal government has a defined set of responsibilities, including defense, international relations, immigration, energy, national transport, telecommunications and post, currency, and civil and criminal law.[1]

Below the federal government is the system of 26 cantons. They control most areas of domestic policy: healthcare, welfare, education, policing, local government, culture, choice of official language, and taxation. Most cantons are divided into communes (municipalities) with varying powers, but generally, communes have some control over taxation and often local laws, planning, schools, and policing.

Anybody can propose a change to the federal constitution via a popular initiative, assuming they can get 100,000 signatures. In practice, if a popular initiative comes to the point where it might get put to the vote, the federal government normally produces its own variation, and both proposals are voted on. Most federal laws and changes to the constitution must be approved by a majority of the population in a referendum and by all the cantons in a vote. A similar procedure exists in cantonal and municipal (communal) governments, with citizens in some cantons able to amend laws or propose new ones.[2][3] Perhaps unsurprisingly, the vast majority of popular initiatives fail to become law.[1]

Switzerland has a lot of political parties such that no party will get a majority in the federal government. The four main parties that are the governing Federal Council include:

Plus, notable parties in the Federal Assembly:

The country is especially noteworthy for legislation on behalf of animal rights, some good, others in full Poe. In 2008, Switzerland granted new rights to all "social animals" - prospective dog owners must take a four-hour course on pet care before buying one. Rhinoceroses cannot be kept in an enclosure smaller than 600 square yards; violation of this rule imposes a fine of 200 Swiss francs (175 USD). The government makes it compulsory for anglers to catch fish humanely: in Switzerland, fishes can't be kept in aquariums that are transparent on all sides, believing this harms the "dignity of fishes." In particular, goldfishes cannot be killed in a "disrespectful" manner. Before the killing, fish must be anesthetized first. Switzerland is the first country in the world to officially recognize the concept of plant rights.[6]

In 1893, Switzerland banned "Shechita," the ritual slaughter of animals according to Jewish dietary laws. Anti-Semitic motives might have played more of a role than the concern for the animals' well-being.

The Swiss are often used as a case study by gun nuts in the United States for laxer firearm laws, pointing to Switzerland's extremely high gun ownership rate and comparative lack of violent crime. However, Switzerland's seemingly lax gun laws have certain rules they would go batshit over. In Switzerland, possession of guns by civilians is for the defense of the country, not the defense of individuals or their families. Most Swiss guns are military weapons issued to young men after their compulsory military service, and they are required to train with them as part of their continued service in the national militia system, ready to be called on by the government in the event of invasion or other disasters. Each of Switzerland's 26 cantons has its own gun registry, and as of 2007, all ammunition must be kept in a public armory. Furthermore, while violent street crime is rare, there are more domestic homicides and suicides with a firearm in Switzerland than virtually anywhere else in Europe except Finland.[7][8]

In 2009, Switzerland voted for a referendum

that banned the building of minarets. The Swiss People's Party, largely responsible for this shitty referendum, also promoted a poster with a woman in an abaya and niqab posed next to minarets on top of the country, which the intention allusions of minarets to missiles. Supporters of the ban say that the Islam ideology is incompatible with Swiss democracy even though it took the Swiss until 1971 to give women the right to vote.

) like in Switzerland.[9] Due to their adherence to a troubled relationship between direct democracy and conservatism, it took the Swiss until 1991(!!!)[10] to introduce women's suffrage to all cantons (the last one, the Canton of Appenzell Innerrhoden

, was forced via a lawsuit from two women), a fact that the current crop of conservative anti-Muslim candidates prefer not to speak about when they bang on about Western liberal values (Iran formalized women's suffrage before them; Iraq if you count all cantons).

Decades after the end of the Cold War, Switzerland still builds and maintains enough fallout shelters for every citizen, and most pieces of infrastructure in the country are rigged to explode in case of being commandeered by the enemy.[11] Federal authorities maintain a strategic supply of addictive hard drugs[12] essential goods such as coffee.[13] This would make Switzerland a survivalist's dream, except that everyone else would be equally prepared, armed, and ready to reinstate a regular society, and where's the fun in that?

Passes over the Alps? Bridges over the Rhine? Who needs them in any sort of European war? Best defend them to the teeth in case some war-mongering nearby army tries to take them over and thus drag Switzerland into any sort of unpleasantness that might offend the Swiss people's nice and friendly neighbors.

Notorious fraudsters ufologists Erich von Däniken, Giorgio Tsoukalos (of Ancient Aliens fame), and Billy Meier come from there. Seriously, what is it with Switzerland and crazy UFO people?