From RationalWiki
(Redirected from Chiropractor)
Jump to: navigation, search 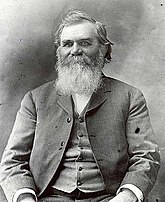 Chiropractic activator device. Whatever the hell that is.

Chiroquacktic Chiropractic is the theory and practice of correction of cracking backbones "vertebral subluxation processes" to treat and cure a supposedly vast array of diseases with no scientifically verified connection to vertebral anatomy. Basically, this means cracking the spine in several places because the spine, being the centre of all nerves in the body, is connected to everything; this somehow enables the body to magically heal itself. It was developed in the late 19th century by D.D. Palmer, just before the development of modern medical education in the United States and the shift towards evidence-based medical practice.

Chiropractic is analogous to osteopathy, but where osteopathy chose to join the mainstream, following the scientific consensus on theories of disease, human physiology and so on, to the point that there is little functional difference between a DO and an MD in everyday practice (in the United States, at least), the chiropractic community chose instead to cling to outdated and wrong theories. Some chiropractors have now started to step back from these, but the majority still appear to support the nonsensical "chiropractic subluxation," the empirically unverifiable misalignment of the back that Palmer claimed caused disease and which medical science knows does not.

As well as occasionally killing or disabling its patients (something about which it is in complete denial),[3][4] the chiropractic profession is notorious for recommending, often with dire warnings, indefinite courses of treatment — where a physiotherapist will try to restore function and discharge a fit patient, a chiropractor will tend to try to keep the patient coming back indefinitely. Much chiropractic continuing education is focused on "practice building" — i.e., sales technique.

So, chiropractic works about as well as mainstream physiotherapy for some conditions, claims to treat conditions it can't, has a tendency to try to bleed you dry, and might kill you. The phrase "not recommended" sums this up nicely.

Scope and standards of practice[edit]

The public has many different perceptions of chiropractic medicine, as there are few unified standards of practice for it. Most patients seek out chiropractors because they are suffering from back pain; there is some evidence that spinal manipulation is effective for short term pain control.[5] However patients also may be drawn toward the pseudoscience end of chiropractic medicine, which has numerous claims of being able to cure childhood colic (noting that legitimate chiropractors don't operate on minors because they have insufficiently developed bone structure to take the manipulation) or even serious illnesses in extreme circumstances. This is attractive to patients for the same reasons as other forms of alternative medicine, such as perceived failures or side-effects of mainstream medicine or attraction to the "natural" aspects of the treatment. The more esoteric claims of chiropractors are perhaps bolstered by the common perception of spinal manipulation being effective for back pain and the studies that support this.

Likewise, the public may be fooled by the advertising which presents chiropractors as "real" doctors, and they may believe that a chiropractor is simply the name for a specialist who treats your back or bones, in the same sense that an optometrist treats your eyes.

In the US, following the passage of Obamacare, chiropractors are trying to have themselves recognized as primary care physicians in many jurisdictions. This is not gaining much traction, which is just as well as they lack most of the skills necessary to function in that capacity.[6][7][8]

In July 1996, the Association of Chiropractic Colleges issued a consensus statement that "Chiropractic is concerned with the preservation and restoration of health, and focuses particular attention on the subluxation. A subluxation is a complex of functional and/or pathological articular changes that compromise neural integrity and may influence organ system function and general health." This hypothesis has never been tested, and ignores significant anatomical reality, such as the fact that much of the nervous system does not pass through "subluxations" in any way. This especially applies to the autonomic nervous system that "influences organ system function".

The usual medical therapy includes back exercises and anti-inflammatory medications. The Cochrane Review[11] finds that chiropractic care may be equivalent to standard care (e.g., paracetamol/acetaminophen, commonly known as Tylenol in the U.S.) for only a couple of types of back pain. For example:

While 50-60% of patients who seek chiropractic care do so for back or neck pain, a significant number are treated for other problems. There is no evidence to support the use of chiropractic in general medical conditions. Notably this has been looked at in childhood afflictions including asthma[16][17] and bedwetting,[18] (where spinal manipulation can in fact be dangerous due to underdeveloped bone structure) but also other pain-based afflictions such as menstrual cramps.[19] Chiropractic care has been cited for use in treating cancer[20][21] and is popular for pain control, but is certainly not recommended for curing or even preventing cancers.[22][23]

Chiropractors may also provide unproven and potentially dangerous treatments. For example an unproven treatment of injected umbilical cord blood has become popular among chiropractors.[24] In 2019, 17 people were reported to have become ill from this treatment due to bacterial contamination.[24]

There are many potential harms associated with chiropractic. These fall into three main categories:

There is evidence that chiropractic can help alleviate symptoms of low back pain. There is no evidence that the practice can help with any other medical problems and may in fact cause harm. The theory behind chiropractic, specifically "subluxation theory," is actually a dismissed 19th century hypothesis that has never survived scientific scrutiny. In short, the problem that "subluxation theory" seeks to address simply doesn't exist. No, your chronic flatulence isn't caused by a problem in your back alignment between your T2 and T3, so "cracking" it can't possibly help. As it's often said about alternative medicine, when you can invent a "problem," you can also invent a "solution," and charge whatever price to those desperate enough to believe in your nonsense. It seems likely that much of the benefit of chiropractic comes from the "laying on of hands" and listening to the patient. There is no reason to believe this is any better than standard massage therapy, which may be considerably safer.

Given the non-scientific theories underlying chiropractic, and its poor results, it should be classified as a pseudoscience.