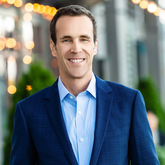 Chris Kresser is an American acupuncturist, anti-flu vaxxer, cholesterol denialist and promoter of his own version of the paleo diet. Kresser has made a number of dangerous health suggestions. For example, he has argued against flu vaccination and recommends that pregnant mothers drink raw milk and skip the vitamin K shot for their newborns.[2][3] He thinks that everyone should eat a high-fat paleo diet.Do You Believe That?

Kresser advertises himself as a "health detective".[4] On December 5th, 2019, Kresser revealed that he doesn't know how to read forest plots.[5]

Kresser is a fanatical acupuncture proponent who claims that it has the potential to cure disease. He has written that acupuncture "stimulates the body’s self-healing mechanisms. And the body’s ability to heal itself far surpasses anything western medicine has to offer."[1] He provides no scientific evidence for this statement. The scientific consensus is that acupuncture is ineffective for a wide range of conditions.[6] It has been impossible to find consistent evidence for acupuncture after more than 3000 trials.[7][8]

Kresser has received criticism from medical experts for his comments against flu vaccination.[2] He dismisses any positive studies and promotes "natural" alternatives, such as bone broth, fermented cod liver oil, paleo diet and vitamin supplements.[2][9]

Kresser is a cholesterol and statin denialist.[14][15]

Kresser is known for misleading people on cholesterol and saturated fat. He consistently misreads scientific papers, thus presenting false evidence in attempts to fool people into following his paleo diet. Kresser's statements about saturated fat are entirely unreliable. Nutritionist Kevin Bass has commented that Kresser "selectively read[s] the scientific literature in order to make a biased and partisan case for one point of view, while the very literature he cites makes both a more nuanced case and gives the exact opposite recommendation."[16]

Why would anyone go to Kresser for advice about vaccines? He's an acupuncturist, for Pete's sake! His whole livelihood is based on a prescientific system of mythological qi and meridians. His website offers inaccurate information and questionable advice on diet, diabetes, heart disease, thyroid disorders, skin health, heartburn, and depression. He even offers a paleo detox program.[2]

Kresser has also received criticism from those in the paleo community for his promotion of dairy products.[17] Dairy is forbidden on the paleo diet because humans did not consume the milk of animals until after domestication. The earliest evidence of dairy is from the Neolithic of the seventh millennium BCE (roughly 9000 years ago).[18] Kresser advises against a strict paleo diet and has supported the consumption of kefir.[19] Loren Cordain