MY EYES. OH GOD, MY EYES 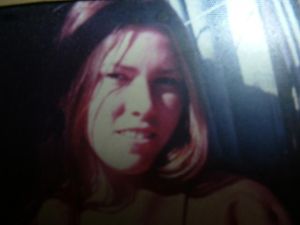 Sorcha Faal is the alleged author of an ongoing series of "reports" published at WhatDoesItMean.com, whose work is of such quality that even other conspiracy nutters don't think much of it. There is a high chance that "Sorcha Faal" is actually David Booth, the owner/operator of the website, or someone collaborating with him.

The primary audience of Sorcha Faal's reports and the only ones who take them seriously are usually other conspiracy theorists, but in a few cases the site has been noticed outside of the fringe, such as in 2016 when a few Russian news sites reported Sorcha's inane speculation as a straight news story (see below).

The website is an eyesore and apparently has been created by someone who taught themselves web-design in the 1990s and decided anything beyond garishly coloured static HTML is just giving in to them. Besides publishing Sorcha Faal's reports, WhatDoesItMean.com functions as a news aggregator, collecting links to news published elsewhere as "Top World News Now," neatly sorted by country in a large table on the front page.

Its current "About" page reveals almost no info about its owner(s), other than saying that "WhatDoesItMean.Com is a wholly owned of [sic] subsidiary of Oculus Miranda."[1]

as being merely the person occupying the "Sorcha Faal" position at the time.)

" is not even remotely Russian (it's Gaelic). The most famous Sorcha is probably the actress Sorcha Cusack.

Faal is presumably pronounced the same as the Irish word "Fál", which means "destiny". This word is best known in the name Fianna Fáil (Soldiers of Destiny), the former largest Irish political party[6], now second largest[7].

Each report resembles a news story in its style, but usually includes a sensational headline barely related to reality (e.g. "American Rebel Forces Attack Gas Pipelines, Explode Trains As US Civil War Nears"[8]) and quotes authoritative high-level Russian sources (such as the Russian Federal Security Service in the same article) to support its most outrageous claims. Except for the stuff attributed to unverifiable sources, the reports don't contain much original material. They are usually based on various news items from the mainstream media and/or whatever the clogosphere is currently hyperventilating about, with each item shoehorned into the conspiracy narrative the report is trying to establish. Cited sources range from the mainstream media and Wikipedia to Infowars and Richard Hoagland. The author also has the habit of adding unnecessary links to the websites of the various Russian institutions they mention.

Sorcha Faal reports sometimes appear on conspiracy forums such as Above Top Secret and Godlike Productions, often after being republished by other websites (such as the European Union Times). Invariably, the following amusing pattern emerges: it usually takes only a few posts before the forum posters identify the source and the author and start piling verbal abuse on the idiot reposting such bullshit and on Sorcha Faal herself, often twisting the name into "such a fail" or some variant thereof.[9] The bad news is that this doesn't stop other forum-dwellers from believing it.

Some of the more paranoid conspiracy theorists apparently can't imagine anyone publishing bullshit on the Internet for a mundane reason (such as profit, attention or mental illness) and have developed hilariously unhinged speculations about Sorcha Faal's true identity and motives. An example:

Sorcha Faal appears to be an acronym for a multi-generational cabal of Ashkenazim Jewish women who first formed clear back in 1290 A.D. If this is accurate and true, they have continued their organizational structure through world wars and upheavals in Europe to the present day – and consist of a tightly-knit group of 13 "sisters" at the very top of their "Order". A close examination of their website, "What Does It Mean" shows an amalgamation of witchcraft (WICCA) and "mystic" new-age icons, which gives an awake Christian a very strong clue as to their true agenda. They are NOT "Christian", and likely follow instead the "old, mystery religion" of Babylon – which involves scrying and demonic divination practices primarily.[10]

Well, RationalWiki doesn't think much of bad web-design, but it finds nothing witchcrafty (or Wiccan) about it.

On 20 January 2016, WhatDoesItMean.com published a "report" claiming that "Turkish Downing Of US Marine Helicopters Killing 12 American Soldiers Stuns Russia".[11] In the typical Sorcha Faal style, the "report" recycled an actual news story as a conspiracy: it claimed that the crash of two US Marine Corps helicopters off the coast of Hawaii on 14 January[12] was a cover-up and the helicopters actually had been shot down… over Syria… by Turkey.

Like most of Sorcha Faal's crap, it would have been largely ignored outside of the fringes of the Internet if it wasn't picked up by the Russian website Svobodnaya Pressa (Свободная Пресса, or "Free Press") that published a story about the "report" on 22 January,[13] going as far as to interview retired Russian military officers about the plausibility of the cover-up allegations. In turn, the coverage by Svobodnaya Pressa was reported as news and linked by the site of REN TV,

[14] one of the largest private federal TV channels in Russia.

On 2 February 2016, this Sorcha Faal inspired comic farce even reached the level of the Pentagon when the wholly Russian government owned news service Sputnik

reported that US military officials were denying this happened: “The Pentagon has denied media reports about the downing of two US helicopters by Turkey on Monday. "This is an absolute lie," said Pentagon spokeswoman Michelle Baldanza to the press in Washington.”[15]

On 5 February, 2016, one of Bulgaria's oldest and largest newspapers, Trud (Труд), quoted the equally old and large Russian newspaper Izvestia as saying:

...experts noted that the Sorcha Faal's website is a "flush tank", through which one of the groups of American military and political elite merges information uncomfortable for their opponents. Of course, for the project are special services, but who exactly — to understand yet difficult: British MI6, Mossad, CIA, DIA (Intelligence Directorate of the Ministry of Defense) and the American National Security Agency[16]

Of course, it is an element of information warfare, but within the American elite.[16]