Witchcraft is formally defined by anthropologists and those who study religions as the use of rituals and magic to accomplish some kind of ends on this earth, sometimes curses. In modern lay idiom, it is largely associated with religions like Wicca and various neopagans such as Lucy Cavendish. In the American folk/entertainment world it is the evil wrought by gorgeous women onto poor suffering men who cannot resist such temptations (though this is more properly within the domain of a succubus

given that witches are rarely portrayed as attractive creatures in contemporary entertainment and folklore).

Though the pop world often assumes a witch is a female, both Wiccans and anthropologists use the term for male and female witches. And don't worry, the European witch trials went after men too. 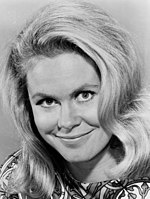 They could be your next door neighbor.

By definition, witches directly work upon the world though spells to do their own will.[note 1] This differs from priests, who are intercessors between a god or gods and the people. Priests pray or do rituals to ask the god to change the world. Witches also differ from herbalists in that they are invoking magic while the herbalist is just using the plant's own powers (though traditional people without knowledge of modern science may believe the power of the plant is a type of magic). There is no reason any particular witch cannot also be a priest or herbalist.

Virtually all religions have a role that anthropologists would call a "witch", and it almost always is a person dealing in darker or so-called "evil" or unsanctioned elements of the religion.[note 2] Historically, many religions used the concept of witch to explain diseases, untimely death, droughts, and other unexplained negative circumstances that affect an individual or society. Socially deviant people are more frequently accused of witchcraft and this works as a social control.[2]

See the main article on this topic: Wicca

The modern neopagan religion, Wicca, is openly based on witchcraft and the practitioners call themselves witches. There are many schools of thought about witchcraft within the larger rubric of "Wicca". For example many Wiccans claim there is "white" (good) and "black" (evil) magic,[3] though other Wiccans claim this distinction of magic does not exist.[4] Some (fundamentalist) Christians claim the whole of Wicca is devil worship and bad.[5] Many Wiccans follow formal practices and have a set theology while others find their own path similar to Cafeteria Christians.

Unfortunately, for those who prefer to view history as the indomitable march towards progress, the prevalent belief in the existence of witches and their persecution did not really take off in the Christian world until the beginning of the Renaissance.[note 3]. During the early Middle Ages, the belief in witchcraft was seen as a form of superstition based on pagan beliefs. Accusing somebody of witchcraft was more likely to get you executed than the person you accused:

The invention of the printing press only helped accelerate the belief in witches and undermined early skepticism.[note 4]

Modern western views of witches generally comes from the Christian view, where a society's undesirable women were tainted as "witches" and blamed for a community or individual's misfortunes. Simple herbalists, midwives, and the mentally ill were frequent targets of being "witches". The Black Death was largely blamed on witchcraft in the 14th century. In the late 17th century the Salem Witch Trials became an expedient way to eliminate political problems and blame women.

The Christian view that witchcraft is (as the song goes) "alive and kicking" is encountered far less often in the 21st century, but it still exists. In Africa, large portions of the population, including homosexuals and albinos, are presumed to be witches, associates of witches, or cursed by witches. Witchcraft, and the Christian fight against it, is, in fact, practiced openly in many African nations today. The bible specifically states that witches must be put to death:

Ironically, it was the Spanish Inquisition after its first and only mass witchcraft trial in 1610 that came up with what became the go-to book for all future handling of witchcraft claims which when followed required things like verifiable witnesses and actual physical evidence.[8][9]

There are plenty of Western Christians who still believe in witches, including some Roman Catholics[10] and Protestants.[11] And of course, any time a popular book or movie with witches or wizards comes out, there are always Christians protesting.

Fundamentalist Christians in Africa have been responsible for deaths of children and adults in contemporary efforts to eliminate "witches" which are sometimes believed to be children. Most of these anti-witch movements in Christianized Africa are exclusively confined to Pentecostal and Evangelical influence in the continent. Some governments have taken steps to reduce the number of witch hunters in their country, but others are reticent to do so as they either hold similar beliefs as the fundamentalists and/or see it as politically beneficial.[12][13] The conduct of these religious groups is a testament to the potentially vile nature of religious belief, but it is also to be noted that many of the tribal religions prior to extensive Christianized influence affirmed the belief in witches and other forms of maleficent spiritual phenomena. In other words it's doubtful that Dawkins or atheistic philosophy in general would fare much better in social management without a large-scale restructuring and improvement of economic conditions which facilitates ease of access to technology and education.

In the United Kingdom too children believed to be witches can be subject to beatings, traumatic exorcism, and/or other abuse. There have even been child murders associated with witchcraft beliefs.[14] The problem exists in the United States as well as the UK, notably within African migrant communities. Authorities tend not to give it the attention it merits,[15] much the same as with child deaths by (exclusive) faith healing.

Most Islamic belief in witchcraft centers around the idea of jinn. These are said to be supernatural creatures akin to demons and angels which have the power to interact with the physical world but have free will unlike angels or demons. The Qur'an mentions sorcery and jinn and both are regarded as generally malevolent by Islam as well as sources of power which may be utilized by kafir.[16] The Qur'an mentions "tying of knots" as a form of witchcraft so sailors are recommended to take wide berth.[17]

In Saudi Arabia, the penalty for witchcraft is death by beheading - so they don't seem particularly fond of it.[18]

In India women are sometimes accused of witchcraft and after that their lives can be in danger.[19]