From RationalWiki
(Redirected from Ebola virus)
Jump to: navigation, search

An electron micrograph of an Ebola viral particle

Ebola virus disease, ebola hemoragic fever, or more commonly refered to as simply Ebola "is a disease of humans and other primates caused by the ebola virus. Symptoms start between two to twenty one days after contracting the virus, with a fever, sore throat, muscle pain, and headaches. Typically, vomiting, diarrhea, and rash follow, along with decreased function of the liver and kidneys. Around this time, affected people may begin to bleed both within the body and externally".[1] Ebola is endemic to Western and Central Africa, and the two regions experience frequent Ebola outbreaks.

Ebola is an incredibly lethal virus with a case fatality rate of up to 70%, although this is probably at least in part due to lack of adequate healthcare facilities in the areas where Ebola is endemic.[2] Despite this, medical experts have said that Ebola has a small chance of becoming a global pandemic and that fears of Ebola are overstated.[3] Social media has done a large part in creating the hype around Ebola which is actually harming governments' ability to combat the virus.[4]

Two nurses standing in front of Ebola case #3, who was treated, and later died at Ngaliema Hospital, in Kinshasa, Zaïre

The Ebola virus has been studied since the 1970s though what has brought it to the media spotlight has been the March 2014 outbreak in Western Africa. While the outbreak began in Guinea in December 2013, it didn't gain international focus until it spread to other parts of Africa like Liberia.

The response of the rest of the world has been rated meh. The world didn't do much of anything until September, allowing the virus to spread and kill many people. However, the US and other nations are now devoting funds and resources to combating the virus, despite not giving the UN as much money as it needs to fight the virus.[5]

The 2013-2016 Ebola outbreak was the largest outbreak to date; significantly, it was also the first to involve isolated cases in the US and Europe among healthcare workers. This outbreak infected at least 28,646 people and killed at least 11,323 as of the end of the outbreak in June 2016.[6] Because of poor medical equipment and technique in the affected West African countries paired with lax response by the international community, the WHO predicted in October 2014 that as many as 10,000 people may have been infected per week by December 2014.[7]

While the disease is highly lethal to those who actually contract it, Ebola has limited methods of transmission and is not as contagious as other viruses. The extreme precautions seen from doctors and researchers are because of the consequence of getting infected by something this deadly that has no vaccine, not because it is airborne. The virus is spread through contact with bodily fluids, and is not transmitted through the air.[8] Unfortunately it becomes more readily spread after an individual begins to display symptoms, meaning that health care workers are at greater risk of contracting the disease.[9]

It is worth noting that, though the disease has a high mortality rate, it may be skewed slightly by the fact that almost all outbreaks occur in very poor regions of Africa. As it stands, various infected personnel have been evacuated to countries like the United States, Spain, and Germany for treatment with high success. This is not to say that Ebola is a walk in the park, but a lack of any hospital infrastructure what-so-ever may also play a role in its lethality.

An August 2014 poll by the Harvard School of Public Health found that 40% of Americans are concerned that there will be a large outbreak of the Ebola virus in the United States within the next 12 months. 70% of Americans falsely believe that Ebola spreads "easily," and 33% falsely believe that there is a reliable antidote for the virus.[10] Since so few Americans, including the media, understand the true nature of the Ebola virus, it is no surprise that stupidity abounds regarding the appropriate response to the outbreak in West Africa.

Republicans are arguing for a travel ban. This has been called an incredibly bad idea by numerous experts including the National Institutes of Health and the CDC as it would only hurt our ability to respond to an outbreak in another country, it would help Ebola spread and hinder the US's ability to help Americans overseas. All of these factors would actually increase the likelihood of an outbreak in the US.[11] And then there is this: There are no direct flights from the prime Ebola area to anywhere in the USA.

The survivalist movement was also buying up Hazmat suits in order to prepare for the virus.[12] This goes against college boy proclamations that an Ebola pandemic isn't really a possibility.[13]

Against all medical advice saying otherwise, Dr. Rand Paul, an ophthalmologist, said that Ebola could become the next black death.[14]

Americans also tend to forget that Africa is a fucking continent (One of the largest in fact) and that since a small section of West Africa is infected, doesn't mean that all of Africa is infected. America shutting down flights from Africa due to Ebola being in parts of West Africa would be like African countries shutting down flights from America because some Americans have measles. (Actually, considering the anti-vaxxer-caused measles outbreak in America, other countries might be well advised to keep Americans out.)[15] 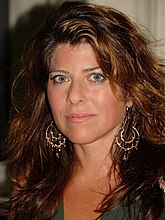 We have obvious racist bullshit for one, such as where Fox News host Andreas Tantaros tried to argue that Africans traveling to the United States who may possibly be infected with the Ebola virus won’t go to hospitals, but instead seek out witch doctors for treatment. We also have Africans being harassed in Europe for being suspected of having the Ebola virus. [16]

In October 2014, ISIS has reportedly issued a statement threatening to send terrorists infected with Ebola to the US to spread the disease on American soil.[17]. d Some insane Americans have then said that the US must not allow any Muslims into the US in order to fight Ebola and Islam.[18] This is hilarious when you consider that Ebola is mostly in West Africa which is predominately Christian.

There are also various conspiracy theories about the US,[19]and white people[20], and Illuminati/Reptoids/(Insert bogeyman here)[21] creating the Ebola epidemic. Some local Ebola victims in Sierra Leone reportedly avoided hospitals due to a conspiracy theory that hospital workers kill patients to sell their body parts. [22] The anime meme and prank "Ebola-chan" was partially based on the theory that the Ebola Virus was created by the Medical Industry which in fact was a Death Cult worshipping an Anime Goddess/Demon and intentionally spreading and enhancing Ebola to exterminate the entire African population and cause widespread Panic for Big Pharma to harvest.The Fox News resident quack Keith Ablow has suggested that President Barack Obama has little issue with ebola in the U.S. due to his "affinities...with Africa".[23] Rush Limbaugh has associated Obama not issuing a travel ban against countries with ebola issues with Obama's agenda of legalizing undocumented immigrants as well as white guilt.[24]

Before It's News also weighed in, spewing something about Crisis actors.[25]

Naomi Wolf believes that Obama sent soldiers to Liberia not to fight Ebola but to overthrow the government and take over the country.[26]

Alex Jones's InfoWars, true to form, purported that the Ebola crisis is being used by the Obama administration for anything and everything from declaring martial law in order to throw Americans into FEMA concentration camps, to having been deliberately unleashed in western Africa to damage Chinese economic interests there.[27]

With near-criminal credulousness and irresponsibility, Kerry Cassidy re-blogged an alarmist essay by Nana Kwame (via Jim Stone) asserting that ebola is simply not real. Instead it's a plot by Big Pharma to sell vaccines which are the real cause of death. Cassidy added Nana Kwami's facebook became inaccessible from America and probably other places, but it still works from Mexico. They are censoring this geographically because it is too important. Naturally she did not say who "they" are.