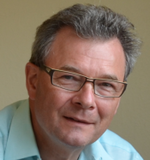 Fróði Debes is a Danish HBD pseudoscientist who has published in the controversial journal Intelligence and attended the London Conference on Intelligence. He claims to work as a private practicing psychologist in Copenhagen.[1] His political views are right-wing, for example on Twitter he follows "race realist" bloggers such as Hbdchick and Gregory Cochran, retweets Richard Haier and Quillette, etc. He was one of 15 authors complaining that only 38.7% of London Conference papers were about "population (racial, ethnic and national) IQ diﬀerences."[2]He also has posted on The Unz Review.[3]

Presented is an SEM-analysis of an examination of a birth cohort from the Faroe Islands at age 22 years. The research question is if prenatal exposure to methylmercury, from the mother's diet, originating from the accumulation of methylmercury in the marine food chain, has an adverse effect on the development of the nervous system of the subjects. We have found a slight but significant negative effect on the general factor of intelligence at age 22 years. The work is in progress. The same birth cohort has previously been examined at age 7 years and at age 14 years. In the papers reporting those results, a multiple single test approach was used as is common in clinical neuropsychology. Structural equation modeling was only applied with a first-order factor at age 14 years. The next project will be to reanalyze those data, creating instead a general factor of intelligence from the tests administered at those two ages, and test the effect of methylmercury on the g-factors.

Epidemiological researchers, who study negative effects of neurotoxic substances on the central nervous system, have often used very different and non-overlapping cognitive tests and test batteries, thereby impeding across-study comparisons. The Cattell-Horn-Carrol (CHC) taxonomy has been suggested as an empirically based general framework for describing the structure of the universe of human mental abilities in populations that also provides a map to guide the handling of varied and heterogeneous cognitive outcomes (ISIR conference 2013. Symposium 3). In latent variable theory, meaningful theoretical constructs can be measured and be more easily compared across studies, also when studies have used different test outcomes. This is made possible by the fact that latent constructs are considered independent of their indicators. By this approach, the tendency to make use of arbitrary groupings of tests when attempting data reduction can also be avoided. The immediate purpose of the work to be presented is to build a model that will enable examination of neurotoxic exposure effects on first-order and second-order CHC- factors in the Faroese cohort 3, and in turn to enable a future conduction of a meta-analysis based on the Faroese cohorts 1, 2 and 3. The broader aim is to provide comprehensive, coherent and empirically based methods from differential psychology when psychological measurement is applied in other disciplines, like in medical epidemiology, and to stimulate other studies to model their data within the same analytical framework for easier comparison of findings, thereby also improving the opportunities to perform meta-analyses based on different international studies. The Faroese birth cohort number 3 consists of 656 children, including 7 twins. The cohort was assembled over 27 months from late November 1997. Levels of exposure to prenatal methylmercury were obtained from analyses of cord blood samples from 603 children, from cord tissue of 108 children as well as hair samples, collected at delivery, from 634 mothers. In addition, levels of prenatal selenium were obtained from cord blood samples from 607 children. By the age of 7½ years (range 7.05 to 7.86), 580 children were neuropsychologically tested over a period of 22 months starting from the end of August 2005. First, an attempt will be made to build a confirmatory factor analytic (CFA) measurement model, in accordance with CHCtheory, from the battery of neuropsychological tests that were originally selected from a different theoretical perspective (multiple single tests supposed to measure specific neuropsychological functions) and that did not include latent variables or a general factor of mental abilities. Some tests were added to the original test battery in advance of the examinations in order to facilitate the CFA option in later analyses. Secondly, a preliminary structural equation model (SEM) will be presented by adding a latent measurement model for the prenatal exposure to methylmercury and letting this exposure model have an effect on the latent measurement model for mental abilities. Thirdly, correction for relevant confounders will be added to the SEM. Preliminary results from ongoing analyses will be presented.