The Pastafarian doctrine is called the Gospel of the Flying Spaghetti Monster, the infallible word of the FSM. 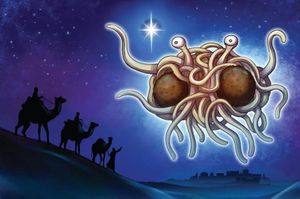 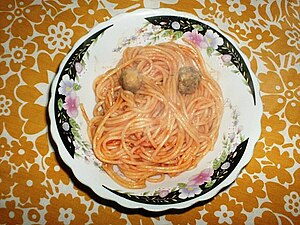 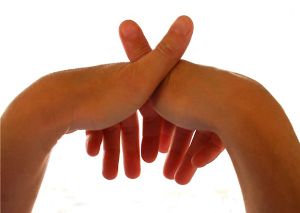 Our Pasta,
Who art in colander,
Swallowed be thy sauce.
Thy noodle come,
Thy recipe be done,
On forks as it is on spoons.
Give us this day our daily sauce,
And forgive our messes,
As we forgive those who mess against us.
And lead us not into heartburn,
But deliver us some pizza,
For thine is the noodle, the sauce, and the meatball
Forever and ever. 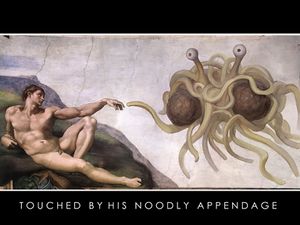 The Great Pasta Bowl for Pastafarians is generally accepted to be a wildland containing beer volcanoes that produce a wide range of drinks including non-alcoholic,[8] and a stripper factory. In His wisdom, the FSM allowed the beer volcano to serve other beverages, should you wish. Some, doubting the FSM, wonder just how "heavenly" this is for the poor strippers, doomed to grind their way to eternity. One possible solution is that the strippers are, actually, utterly realistic animations of both sexes and a very extensive range of sexual orientations (though asexual people probably just get a cake factory instead). This has been, in turn, seen as a way to increase the appeal to Pastafarians of both sexes and a very extensive range of sexual orientations. Another solution (and far more traditional) is that they are whatever you wish them to be and not actually real people. This has the plus side that you don't accidentally see the stripper guy's balls in the booth next to yours. The FSM has yet to speak conclusively on this intriguing matter. 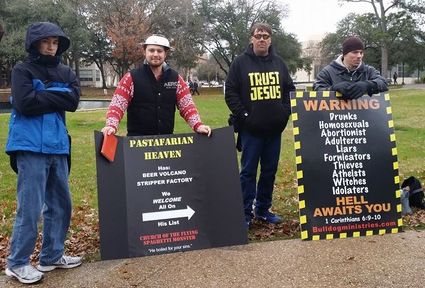 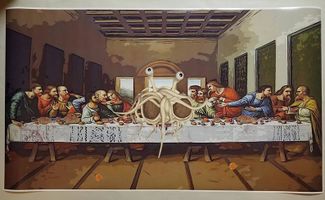