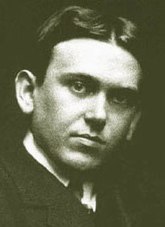 Henry Louis "H.L." Mencken (1880–1956), "The Sage of Baltimore," was an American author, journalist, skeptic, and quite possibly the snarkiest motherfucker who has ever lived.

Mencken started his career as a journalist in 1899 at the ripe old age of 19, writing for the Baltimore Morning Herald, then moving on to the Baltimore Sun six years later, and remained there writing his column for nearly fifty years. He later worked as a literary critic for The Smart Set and founded The American Mercury.

He soon became known as a staunch opponent of just about everything, calling American society on all the bullshit it produced. He railed especially against presidents and politicians of every stripe, "the Booboisie," religion, vacuous popular literature, dumb pseudo-philosophies of the time, pseudoscience and quackery, the South, academic stupidity, swindlers, Prohibition, and bad architecture. He wrote some poetry early in his career as well, then realized it was god-awful and proceeded to dump on poets throughout the rest of his life.

Mencken's writing covers a vast number of topics and a vast number of pages, estimated at a total of 5 million words. When he wasn't blasting terrible books, he was championing up-and-coming writers like F. Scott Fitzgerald and Theodore Dreiser. Unfortunately, he also recommended Ayn Rand's first book We the Living (1936) for publication, launching her career.[note 1]

Mencken was a scientific skeptic to the bone. A hardcore atheist, he denounced religion as a sham and declared clergymen to be frauds and thieves. He is best known for his opposition to creationism and defense of evolution during the Scopes "Monkey" Trial of 1925. He helped organize Scopes' defense with Clarence Darrow, a noted agnostic in addition to being considered one of the greatest legal minds of the day. This was also a chance for him to rip on William Jennings Bryan, who had been, as a Populist and fundamentalist, a prime target for Mencken throughout his career. Mencken's reporting painted Dayton, Tennessee, which he dubbed "The Buckle on the Bible Belt" (a term he invented), as a hopeless backwater buried in the hellhole of the American South. This was hard to deny as Dayton had basically turned the trial into a temporary tourism scheme and media circus to make money, promote religion, and presumably because there was nothing better to do there. Mencken's columns, of course, did not go over so well with Southerners.[4]

Medical quackery was another one of his favorite targets. He was an early critic of chiropractic, denouncing it as one of the dumbest things in American culture. He set up a James Randi-esque challenge in the 1920s by offering prizes to anyone who could demonstrate the effectiveness of chiropractic. Presumably, no one ever took him up on the challenge.[5] He also wrote about osteopathy and other various snake oils, home remedies, and scams. Academic topics were yet another subject for snark. He called Freudian psychology essentially guesswork mixed with bullshit and riffed on overly abstract sociological theories of the day. His back-and-forth with sociologist and economist Thorstein Veblen is one of the more famous cases.[6]

His infamous "bathtub hoax", a fake history of the bathtub, is still sometimes quoted today as fact.[7] 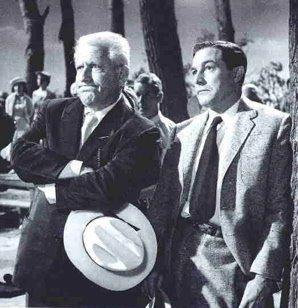 Mencken's political views can be difficult to pin down. While he was vehemently opposed to conservative Christianity, he was also an unabashed elitist just as vehemently opposed to democracy. He admired Friedrich Nietzsche and produced an entire study of Nietzsche's philosophy that was published shortly after Nietzsche's death.[9] His ideal society was a sort of meritocratic aristocracy, with Nietzschean ubermenschen populating its upper echelons. These views have led Mencken to be characterized as a right-winger by some,[10] and libertarians have attempted to claim him as one of their own.[11] However, Mencken described himself as a lifelong Democrat and actually voted for FDR before later turning against him in the 1930s,[12] though in his own words this was largely done out of loyalty to a Democratic party that no longer existed. While he certainly distrusted corporate greed and mere money-making/free market capitalism, Mencken's praise for markets outnumbered his criticisms, and he certainly wasn't a progressive.

Much of his writing had strange and seemingly contradictory attitudes toward race and sex. One can find a number of racial stereotypes in his writing (though many of these would have been considered acceptable in his day). When his diary was unearthed, some racist comments were found in it.[13] On the other hand, he spoke out in favor of civil rights and against racially motivated violence and regularly insulted the KKK. This makes some sense in light of his ideas about meritocracy — he did not believe in the inherent superiority or inferiority of certain races or ethnic groups (Anglo-Saxons were a frequent target of his) so much as he did that each group produced a small set of elite thinkers. The American Mercury was the first magazine edited by whites to publish the work of black authors such as Langston Hughes. Mencken also opposed eugenics, calling it "mainly blather",[14] and he published some of the earliest scientific criticisms of it in The American Mercury.[15] Despite his earlier anti-Semitic remarks, he was one of the first to speak out against Franklin Roosevelt's inaction on Jewish persecution in Germany, imploring him to take in Jewish refugees before World War II and drawing up a number of plans to rescue them. He wrote in his paper:

Mencken's views on gender relations were similarly ambivalent. However, he also happened to be a strong advocate of women's rights and wrote In Defense of Women.[17] All of his writing about gender relations tended to attack men as moronic brutes.