From RationalWiki
(Redirected from HuffPo)
Jump to navigation Jump to search 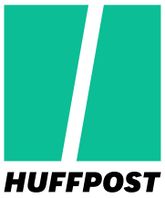 The Huffington Post (named after its founder, Arianna Huffington, a left-wing activist and socialist socialite), or "HuffPo,"[note 1] is a large online "newspaper" and blog site, and a good example of moonbattery in action, mixed with sideboobery[2] and some reasonable left-wing journalism. It was essentially a left-wing counter to sites such as the Drudge Report — although both Huffington and Drudge had much of their techie work done by the same person, Andrew Breitbart, who went on to launch his own awful news aggregator site. Another co-founder would go on to launch BuzzFeed.

Besides its relentless promotion of quackery and spiritualism, the site is known for blurring the lines between journalism and public relations. Its "Sponsor Generated Content" pages are very thinly veiled advertisements dressed up as news articles. To be fair, advertisements masquerading as news stories have begun appearing with increased regularity on sites across the political spectrum, as ad-blocking software becomes nearly ubiquitous among more profitable demographics, although HuffPost was certainly at the forefront of this underhanded practice. Another means of boosting profit for HuffPo is its heavy reliance on unpaid bloggers to generate content for the site.[3]

The HuffPo has been named the "Most Powerful Blog" by The Observer[4] and is also the most popular blog on the web.[5]

Arianna Huffington supported the Newt Gingrich-led Republican Party takeover of the U.S. Congress in 1994, and Republican presidential candidate Bob Dole in 1996. She was married to Michael Huffington, an unsuccessful Republican candidate for the U.S. Senate.

An advocate of campaign finance reform, her 2000 book How to Overthrow the Government caught her right in the middle of a swing from right to left. In the 2000 election, she at first supported John McCain in the Republican primaries, then Green Party candidate Ralph Nader in the general election. Shortly thereafter, she became active in efforts to lobby for energy efficient cars and alternative fuels. She filed as an independent candidate for governor in the 2003 California recall election; shortly before the election, she dropped out and endorsed the Democratic Party candidate Cruz Bustamante. This point marked the effective end of her brief sojourn as a political independent, and since then she has been aligned with the Democrats and supported John Kerry and Barack Obama for president.

I don't know what you're talking about[edit]

The truth is not in them. HuffPo ran a long article condemning ChristWire's piece "Is My Husband Gay?" as a serious work. When they were busted having fallen for a satire, they quietly changed the article without notice... then tried complaining to the Atlantic Wire for misquoting them.[6] (The magazine refused to budge.)

HuffPo suffers the (unfortunately common) media delusion that science works like politics. Due to this, it is known for shamelessly pushing pseudoscience and woo, and has been caught deliberately lying about doing so.[7]

Most infamously, it is — or at least was (see below) — known as a hotbed of alternative medicine and anti-vaccination activism.[8] Within weeks of its founding, the Post was quickly flooded by anti-vaccination activists, priming the pump for more woo to come. David Gorski at Science-Based Medicine described 2009 as the year when "rank quackery" emerged in the site, arguing that the tipping point was when alt-med crank Patricia Fitzgerald became the Weirdness Editor "Wellness Editor."[9] It was widely critiqued by science bloggers for this stance, with PZ Myers encouraging a boycott.[10] It was also criticized by Bad Astronomy, who described its science/medicine coverage as "almost all alt-med, all the time."[11]

Other winners who have written for the site include:

Of late, however, reality-based writers and commenters have started pushing back against the woo-meisters,[16] with some of them taken to linking to RationalWiki's skeptical articles. In 2019, editor-in-chief Lydia Polgreen announced that the site would be removing dozens of anti-vaccine blogs due to the threat they posed to public safety, following the lead of YouTube, Facebook, and Amazon, after being criticized for hosting such content.[17][18] Which is nice.

The domain www.hpub.org was formed in 2010 by bloggers "dissatisfied with the editorial policies of Arriana Huffington". The original domain was www.huffingtonpostunionofbloggers.com; however, after The Huffington Post was sold to AOL Time Warner they were sued[19] and lost control of the domain and reverted to www.hpub.org.

In 2011, the bloggers chose to sue Huffington Post, arguing they had a right to a portion of the money AOL paid because their contributions had helped build Huffington Post. The case was ultimately thrown out because "no one forced" the bloggers to repeatedly provide their work with no expectation of being paid, and said they got what they bargained for when their works were published.

The website itself has devolved into a bed of conspiracy blog posts including 9/11 Truthers, ISIS/terrorists are fake conspiracies, and various other issues that come from allowing anybody to write a blog on a website.