Its columnists include David Mitchell, a rare breed of politically-aware comedians,[5] and it also hosts the anti-science and anti-mathematic screeds of Simon Jenkins.[6]

Former columnists include confessed misanthrope Charlie Brooker,[7] who since moved on to television; excellent science writer and sceptic Ben Goldacre[8] (who had his legal fees paid by the paper during his lawsuit with woo-peddler Mattias Rath); and Ariane Sherine,[9] who was responsible for setting up the atheist bus campaign, although more recently she has concentrated on comedy. 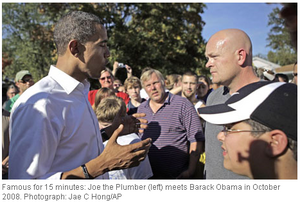 In recent years, particularly during the Gender Recognition Act Consultation in 2018, The Guardian's TERFs have been writing hit pieces against the trans community, so much so that their US team had to tell their British colleagues to shut up and stop pretending all trans women were rapists.[14] This has not succeeded, and many transgender staff have been subsequently forced out in the face of institutional transphobia.[3][4]

Contributor Julie Bindel in a 2004 column used hostile and insulting language towards trans people such as calling a trans woman "a man in a dress" and referring to trans men who "have their breasts sliced off and a penis made out of their beer bellies".[15] Bindel has since apologized for the language she used. She has been no-platformed for her transphobia several times.[16] As a side note she also denies the existence of bisexuality.[17]

After the resignation of two transgender employees from the publication in August 2019 in protest of the newspaper's transphobic reporting,[3] the word 'cis-gendered' was removed from The Guardian's style guide in December 2019 by its staff.[18]

The Guardian came under public fire once more in March 2020, after the publication of an article that called transgender women the "real enemy to women" - naturally, forgetting about or just ignoring the existence of trans men - and threatening violence against transgender people by saying people "wouldn't go down quietly" if British trans people gained the right of self-identification. They also suggested that a group of female feminists excluding transphobe Selina Todd from an event was equivalent to people supporting paedophile Roman Polanski.[19] This resulted in a letter signed by over 200 British feminists condemning the article's writer, Suzanne Moore, and rejecting the transphobic narrative trans rights infringe on women's rights,[20] as well as a subsequent open letter condemning the publications 'pattern of abusive articles about trans people' signed by 2,250+ people.[21] Signatories included Guardian staff, and UK politicians like Green Party co-leader Sian Berry.[20] The Guardian took no action against Suzanne Moore, proving accusations of institutional transphobia, prompting yet another resignation from a transgender employee.[4] Moore left in 2020, followed by Hadley Freeman in 2022, both objecting to the rejection of their pitches for articles relating to transgender issues.

In 2013, The Guardian published an article by the fringe Post-Keynesian economist Mark Weisbrot predicting that the problems of Venezuelan economy would be easily fixed and claiming that "Hyperinflation is also a very remote possibility".[27] Between 2013 and 2020, the country's GDP dropped 75%[28] with a ten million (you read it right) inflation rate in 2019.[29]

In a November 2018 Guardian article Luke Harding and Dan Collyns cited anonymous sources which stated that Donald Trump's former campaign manager Paul Manafort held secret meetings with WikiLeaks founder Julian Assange inside the Ecuadorian embassy in London in 2013, 2015, and 2016.[30] The story was quickly edited and more-or-less retracted within a few days.[31]

However, a July 2019 investigation cast new light on this possibility, since Assange was allegedly able to delete names from the embassy's visitor log.[32]

The Guardian's style guide, edited by David Marsh and Amelia Hodsdon,[33] sets out the rules for its journalists and writers to use in their prose. It is regarded as one of the most authoritative style guides for journalism in British English (along with those of The Economist and the Daily Telegraph).[34][35] This requires making a variety of determinations not only about punctuation, capitalisation, variant spellings, common errors and clichés to watch out for, and English usage but also about how to describe places and people, for instance whether to refer to Jerusalem as the capital of Israel.[36] Hence it makes various judgement calls on what to call indigenous peoples and ethnic groups, what to call people with AIDS ("people with Aids" not "victims of Aids"), usage of phrases such as "alt-right" (should be in quotes and "evidence-based"), "gay" (an adjective not a noun), whether to capitalise "Google" (even when a verb), "Gypsies ("are recognised as an ethnic group under the Race Relations Act, as are Irish Travellers, hence capped up"), "tabloid" (to be used of traditional redtops like the Sun but " not shrunken broadsheets"), "schizophrenia" (only for those with the specific mental condition), and accurate health reporting (anti-viral drug Tamiflu is not to be described as a flu vaccine).