Alternative medicine includes "traditional medicines" (i.e. "medical" systems developed prior to or outside of "Western Medicine", such as traditional Native American remedies, or traditional Chinese medicine), "folk remedies" (e.g., herbalism, tinctures, and rubs that were commonplace "treatments" often passed around via urban legend), and an ever-growing class of "religious" or "spiritual" treatments that have their sources in Eastern religions, but are filtered through a pay-as-you-go, for-profit (see "New Age") mindset. These terms are still used today to describe the various substances of unclear efficacy sold for a profit through advertising. These cures are not always sold by malicious, deceptive con artists. Many promoters are true believers, making their claims even more convincing. 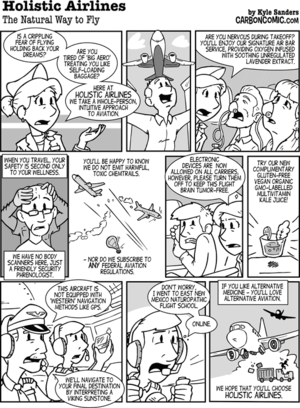 The rebranding of alternative medicine is analogous to the endless rebranding of creationism to try to evade the First Amendment, or the renaming of racialism to try and avoid the status of "racist". The original term, alternative medicine, was trivially unmasked as alternatives to medicine, and emphasized its being outside of scientific medical practice. There are many legitimate complementary therapies such as massage, counselling and so on, and by claiming to be part of this, rather than acknowledging its status as being apart from medicine, these rebrandings hope to gain a halo effect and imply a legitimate place in medical practice. The purpose is to gain greater acceptance, and hopefully funding, for pseudomedicine — a stalking horse for woo.[5]

Often holistic healers will convince their patients to forgo proper medical care, usually combined with misrepresentations of studies or emotional appeals, to undergo holistic therapies. Since there is no valid evidence that holistic therapies are capable of curing deadly ailments, this kind of malpractice is dangerous to offer to patients.

All alternative medicine, even the 'effective' therapies, have the danger of convincing an unwell person to forgo actual medical treatments because they think they are getting better (which can happen with palliative remedies and placebos) or they choose to trust their alternative practitioner who is offering a 'cure'. For example, a person with cancer may convince themself to try a homeopathic remedy. Telling a patient to forgo evidence-based medicine for alt-med is effectively making a zero sum argument.

Also, many herbal remedies can actually interfere with prescription drugs, lessening their effect or even causing dangerous side effects. Since almost all alternative medicines are unproven, many advocates (known to some as "alties") tend to appeal to 'health freedom', rather than actually try to prove that their nostrums work. Expensive homeopathic remedies sold at Whole Foods Market supposedly contain tiny bits of the molecules of the illnesses they are supposed to cure, which are intended to promote the immune system of the user to fight whatever it is that the medicine is supposed to fight. In reality, they are tasty bits of sugar.

Many practitioners exploit vulnerable patients. They give false hope to people who are incurably sick and frequently charge high prices for useless treatments. The belief that alternative medicines are somehow 'less risky' or 'less harsh' than conventional medicine has led some to take alternative medicine over actual (conventional) medicine. While this may often be true (though don't say that to someone who's lost skin or body parts to black salves sometimes used for skin cancers), the potential health risks of not taking conventional medicine for an illness far outweigh the risks from the side effects of these medicines.

Alternative medicines or therapies range from being scientifically provable to scientifically disproven, and can be benign (and often ridiculous) all the way to downright dangerous. Medical science has only recently started to do qualitative and quantitative research into alternative medicine. With the exception of some surprising and exciting treatments that have true medical potential, the vast majority of the therapies do little if anything beyond the placebo effect. Even when the treatment actually does something, the reasons given by practitioners for why the treatment is effective are almost never based on correct scientific information. Benign treatments have the advantage of not directly injuring a patient, other than money and at worst precious time going out the window. The ridiculous cannot possibly have any medical effects (beyond that of the placebo effect at best), or may be actively dangerous to the patient.

Holistic medical practitioners defend their treatments to the general public by saying that there is documented proof that they work, but when faced with empirical evidence that does not support their claims, certain practitioners often state that holistic medicine cannot be readily tested by scientific means. 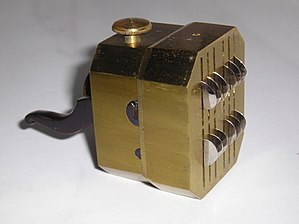 When a student wants to become a physician, he or she must attend a certified medical school, pass rigorous medical exams, and participate in carefully monitored and regulated internships, all regulated by the governmental bodies who license the doctor. For the majority of alternative medicine, no such regulation is in place. For a few specific alternative therapies like chiropractic work and massage therapy, regulatory bodies do exist. However, mostly every other field of alternative medicine has no regulation at all. Call yourself a color therapist, and lo and behold, you are one.

There is also a lack of regulation in the products sold as "alternative" or "herbal" medicines. You cannot, for example, know what is in a "sleep healing tea", how much of each ingredient, how potent the pills are, or even whether it contains the listed ingredient(s) at all (many herbal products, in fact, do not contain the herb(s) listed on the label).[15] Also, as there is little scientific research, "doses" are always a guess. "Try one pill. If that doesn't work, take two."

Weston Price's work on focal infection and nutrition is a prime example of this type of handwaving. Given what was known at the time his work was perfectly valid… for its time, which was 1939. The thing is that the world as well as our understanding of both focal infection and nutrition have changed so drastically that Price's work would have to be reevaluated in a modern framework… something that really hasn't been done. The fact Price himself questioned the focal infection theory is also not brought up by either side or that what Price actually did and what his supporters claim he did are so different that it is a clear misrepresentation.

Colloidal silver was used as an antibiotic, germicide and disinfectant up through the 1940s. Publications such as New Orleans Medical and Surgical Journal (1907), The Journal of the American Medical Association (1918), The Journal of the American Dental Association (1934) all had articles regarding the uses and limits of colloidal silver. Modern antibiotics were far more effective (and safer), so the use of colloidal silver effectively ended in evidence-based medicine.