From RationalWiki
(Redirected from Hydrotherapy)
Jump to navigation Jump to search
Not to be mistaken with the torture method of the same name, now known as waterboarding. 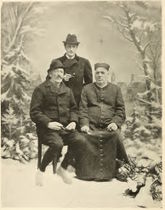 The Water Cure (also known as the Kneipp Cure or hydrotherapy) was created in 1816 by a Vincenz Priessnitz,

a peasant farmer in Austria. The water cure was later developed and popularized in the 1880s by Father Sebastian Kneipp.[2][3] Fereydoon Batmanghelidj

later published puff pieces on the water cure in a journal he runs himself.[4] It was accepted as part one of many cure-all treatments in the early days of naturopathy.[5] It has since mostly fallen into disfavor.

In modern-day non-woo medicine, the term "hydrotherapy" more often refers to physical therapy done in water. Of course NaturalNews is promoting the woo version,[7] even worse they proclaim it a cure to AIDS.[8] Also screw credentials, you don't need a license to practice the hydropathy.[6]

You see according to most American hydropaths, the water cure is best applied externally on the skin.[6] Even though skin isn't very good at absorbing water.[9]

Incidentally, hydrotherapy is probably, at least in part, the basis for the old cartoon cliché in which a character suffering from the cold is treated with a heated foot bath.

Aliments that are allegedly cured:[edit]