For every Charles Dickens and William Shakespeare in the world, there's also six zillion talentless schmucks who couldn't write their way out of a wet paper sack yet are nevertheless convinced they're God's gift to literature. How are these 'unsung geniuses' to grace the sheeple with their prose? Vanity publishing.

Legitimate publishers will cover all the costs of publishing a manuscript (e.g. printing, binding, distributing, and marketing fees) for a cut of the sales. For this reason, publishers will only accept a manuscript if they think the book will sell well enough such that the production costs will be met (hopefully exceeded). If the publisher decides the book won't be popular enough, they will reject it.

A vanity press, on the other hand, pretends to do the above, but in reality it does what no reputable traditional publisher would ever do: it forces the writer to pay all the costs of publication, plus hefty "editing fees", in advance. This means that a vanity press earns a fat profit even if none of the books they "publish" sells a single copy, which is why they accept almost any book submitted to them no matter how badly written it is. Of course, they make it sound like their acceptance is based on a painstaking editorial process, but this is meant solely to act as an ego boost to the writer they're hoping to milk bilk (hence the name "vanity publishing"). Basically, if your book is legal to sell in your country, a vanity press will take it on. They don't care if it's horribly written, they don't care if there's no market for it: as long as it's legal to publish, they'll handle it — as long as you pay. And pay. And pay. The cost of publishing something through a vanity press can be over one hundred times that of self-publishing.

Vanity-published literature is not limited to ghastly Twilight knock-offs by teenage girls with bloated egos. Oftentimes, vanity publishing is what cranks, quacks and conspiracy theorists turn to once they find that no serious publisher is willing to touch their nonsense. Said publishers milk said authors' persecution complexes for all they're worth. You can bet your ass that a neo-Nazi up in arms about the Zionist Occupation Government preventing his screed about the Jews promoting race-mixing through the media from being published through legitimate channels will be overjoyed to utilize a publishing house that he thinks has "seen the light". Since the 1990s, it has, of course, been possible for cranks to simply post whatever bullshit they've pulled out of their ass on the internet, but having written a published book and being able to refer to oneself as an author affords one a certain air of credibility, so this variety of scam has not yet completely died out. If nothing else, you might take comfort in the fact that buffoons such as creationists and woo-meisters are being conned out of their money in this way instead of innocent people. Another thing to be aware of is that, given the egos of the typical customers of these companies, an author may very well be aware that their publisher is hoovering their pockets but simply be so keen to see their name in print that they'll put up with it regardless. They may be under the delusion that they merely have to get the word out, at which point people will start "appreciating their genius".

See the main article on this topic: Pseudojournal

In 2014, Harvard scientist Mark Shrime wrote an article titled "Cuckoo for Coco Puffs? The surgical and neoplastic role of cacao extract in breakfast cereals" using a random text generator and submitted it to 37 vanity journals, of which at least 17 accepted the article for publication pending a fee to be paid by the author. Many of these vanity journals have names that sound professional and similar to real journals, e.g. International Journal of Pediatric Otorhinolaryngology is a real journal but Global Journal of Pediatric Otorhinolaryngology is a vanity journal.[2] Vanity journals do not have a peer-review process, or they only have the veneer of one. It should be noted that some legitimate peer-reviewed journals have sometimes charged authors a publication fee, usually to partly defray excessive publication costs (e.g., to print color images).

During its time, Vantage Press (1949-1992) was the largest vanity press in the United States.[3] It met its demise after being court-ordered to pay $3.5 million in damages to 2,200 authors who were defrauded of advertising fees.[4] Vantage had charged authors between $3,000-$20,000 per book title; the lawyer for the plaintiff had charged that "Vantage operates a sham operation rife with fraud and phantom editors."[4] After suspending Vantage Press in 1992, president David C. Lamb closed the business completely in 2012. Vantage Press and Lamb were sued again in 2014 for "deceptive business practices of not disclosing facts that would have influenced Plaintiff from not entering into an agreement."[5] 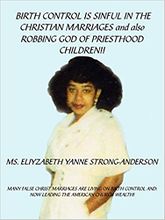 Written in FORTRAN, according to one reviewer[6][7]